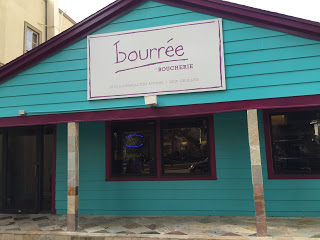 Bourree Boucherie is a New Orleans meat market selling House Cured, Smoked & Butchered Meats & Patés priced by the pound. In addition, they also serve Chicken Wings, Boudin Links, Meat Pies, & much more. Bourree Boucherie is the 3rd adventure for the owners. Boucherie started as a restaurant on Jeanette Street, then they added a food truck. The owners ran both the food truck and the restaurant for some time.

A little over a year ago, the owners moved Boucherie into a bigger, more elegant restaurant space around the corner, on Carrollton. In fact, it’s right next to Bourree. Bourree is a separate building and business, albeit a sister business to Boucherie. 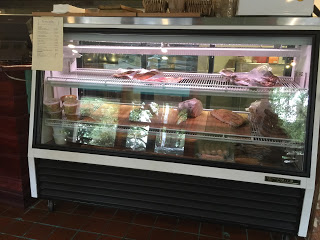 When we decided to take a short road trip to New Orleans, I figured it would be a perfect time to check out Bourree Boucherie. As we drove up to the restaurant, the location was very colorful and eye catching. 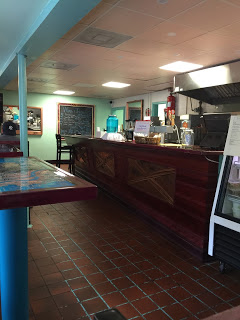 The interior of Bourree Boucherie was very relaxed and laid back. We were greeted by this really cool guy. He was extremely welcoming and helpful to us as we reviewed the chalkboard Menu and decided what we wanted to eat. 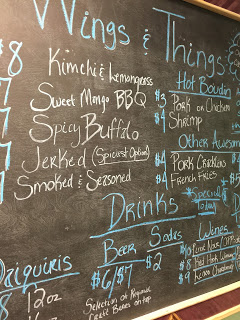 For our order, we decided that we would try a few items from the menu to share. I will say that the containers that the food were served in were not the best for photographing.

Our first item was the Chicken Boudin and Shrimp Boudin. The boudin was smoked and well seasoned. Spicy with a nice kick. Absolutely loved the shrimp boudin. So good. 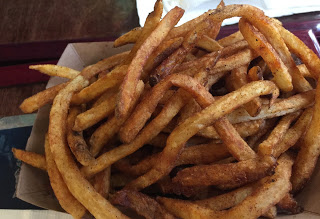 The next item was the fresh french cut fries pictured above. The fries were hard, not well seasoned at all. We could have done without the fries. I would suggest more of a thicker cut fry, a nice season salt and maybe a dipping sauce. 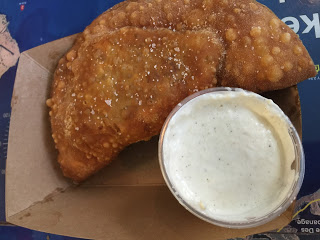 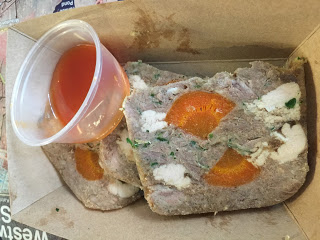 My husband is a huge fan of hog’s head cheese. Bourree’s version was different from what he was use to. The hog’s head cheese had chicken and carrots in it. The texture was a little odd. The dish lacked fat and salt; very bland. It was served with hot sauce which helped with the taste a little. 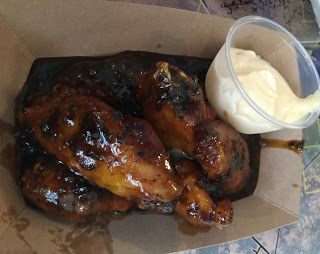 The wings were probably my 2nd favorite food item. I loved that Bourree Boucherie offers a variety of wing sauce options and dipping sauces for the wings. Pictured above is the house fermented Kim-chi lemon-grass sauced wings served with a Miso aioli dipping sauce.

The wings were so good. The flavors married well together. Initially I wasn’t sure whether the flavors would work, but they did. A very creative wing and dipping sauce combination. 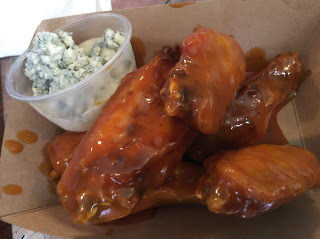 We also ordered the Sweet Mango BBQ wings with blue cheese dipping sauce. Again a  very interesting combination, but it worked. The wings on both orders were fried and seasoned well. 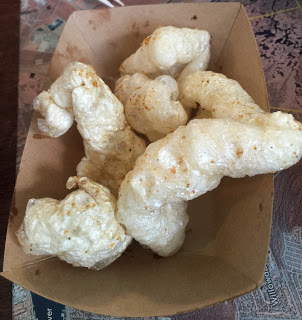 After were done eating, we were offered some of the house-made cracklins. The cracklins were more like a pork skin to us. Light, airy, tasty and well seasoned. 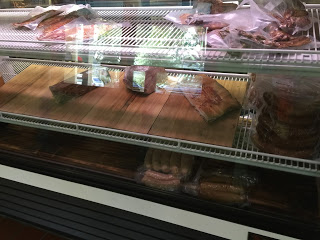 Pictured above is the case where Bourree Boucherie holds the different smoked meats and items that are available by the pound. Items like the Smoked Chicken, Smoked Pork Flank, Sausage and much more. 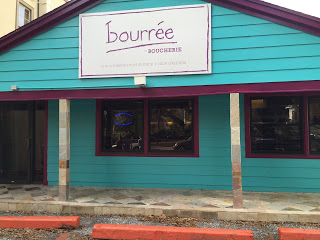 Overall we really enjoyed the food at Bourree Boucherie. The wings and meat pies were my absolute favorite of the day. The service was wonderful. The guy who took our order and served us was well informed, polite and helpful. He was new to the New Orleans area but he did a phenomenal job.
We didn’t enjoy everything we tried but the majority of the items were very good.
Bourree Boucherie is located at 1510 South Carrollton Ave, New Orleans, LA.
[bloglovin_button]