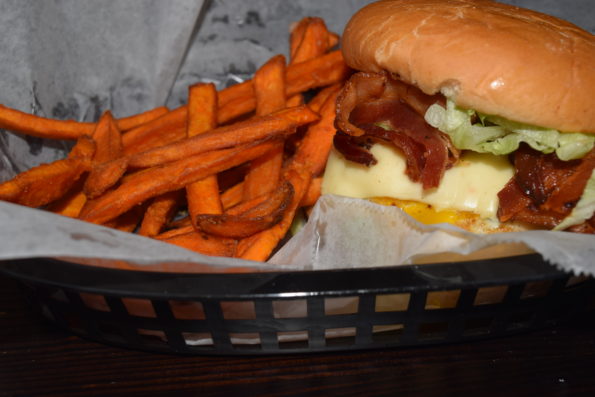 Swanky’s officially opened on Tuesday. I have been anticipating the opening of this new restaurant in the downtown area of Carencro for a few weeks now.  The Grand Opening event has been on my calendar for about 2 weeks.

Yesterday my mom and I traveled to Carencro. I have to be honest, I had high expectations for Swanky’s.

About a month ago, I reviewed the brand new coffee shop in the area, Beau Bassin and was blown away. 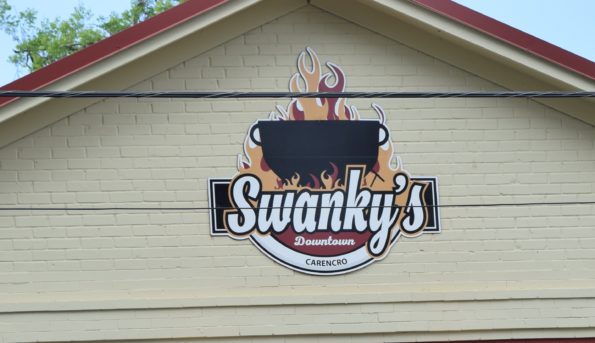 I was expecting the same thing from Swanky’s. I wish I could say such was the case, but unfortunately it was not. I was highly disappointed. As a blogger, I want to see restaurants succeed.

With that being said, I realize that restaurants will have flaws and need to iron out kinks at the beginning. 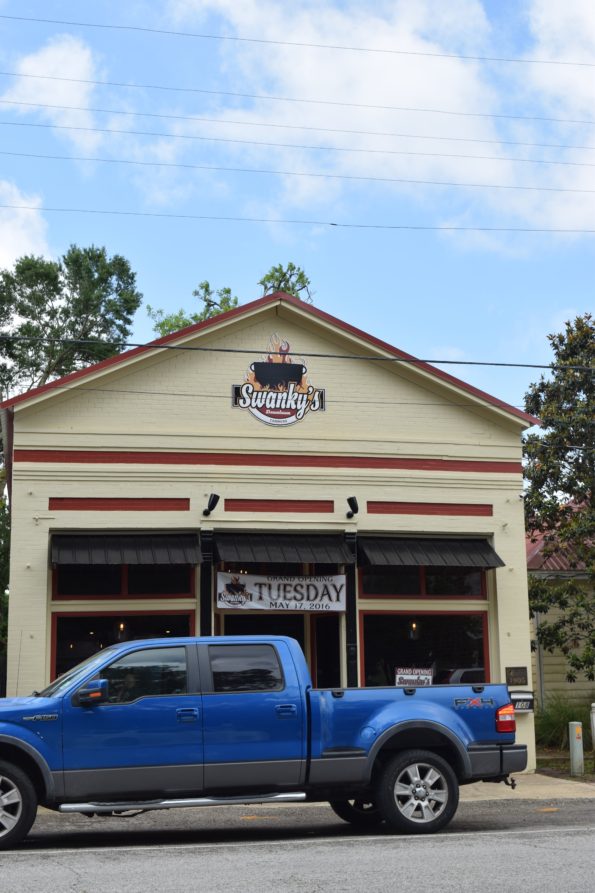 Our first impression of the Swanky’s was that the location was nice, the building looked incredible considering that it was built in 1901. The transformation was impeccable. 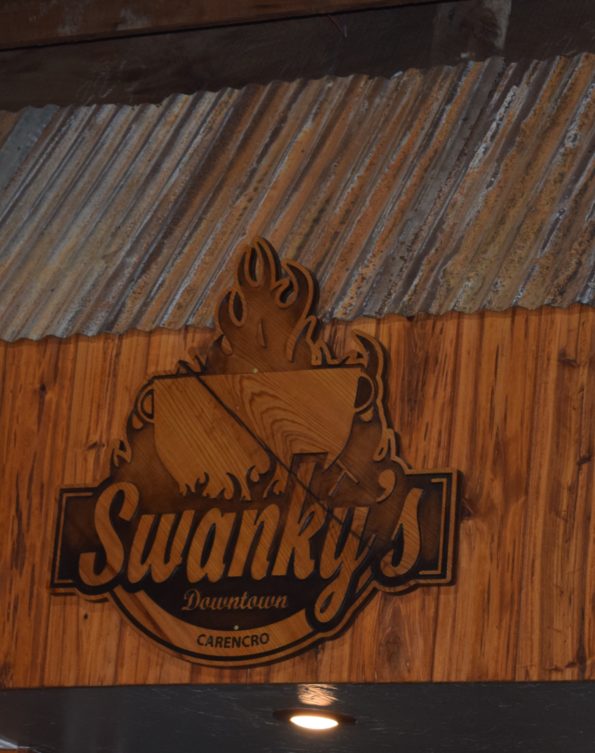 As we walked in the brick walls gave the restaurant a nice look.

As the day went on, it appeared that many thought the same thing. Many customers walked out because there was no one to seat the crowds. 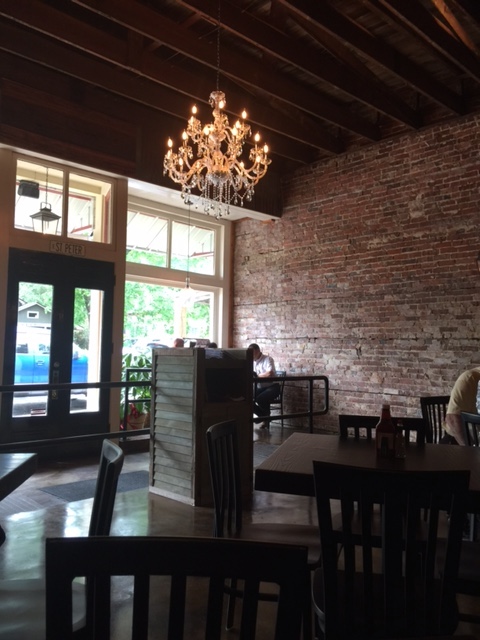 Having a hostess during peak times is crucial to the success of a busy restaurant. First impressions are lasting ones.

We were seated and waited for our menu. It took a good while for the menus to arrive at the table but the waitress was very nice and polite, she apologized for the delay and took our drink orders. 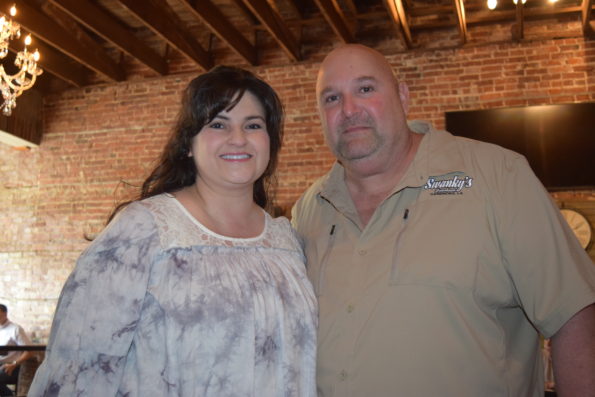 While we were waiting for our drinks we had a chance to meet the owners. Above is Bryan and Sandy Breaux.  A very sweet couple. 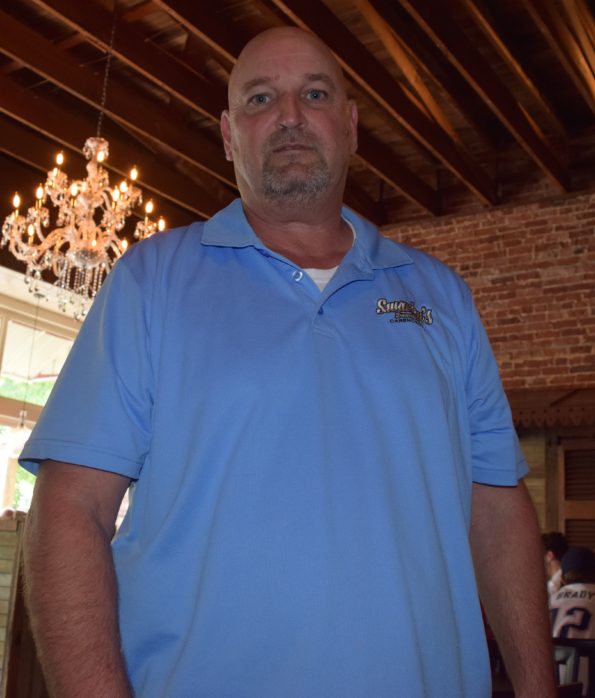 Above is Swanky. Swanky is his nickname and he has gone by that name for a long time. He is one of the owners as well. 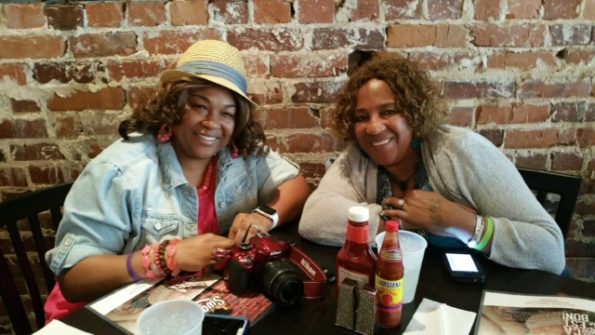 I thought it was a nice touch that the owners visited each table and thanked the guest for coming as well as took a photo of each guest.

The Menu offered a large variety of options. We ordered a cup of seafood gumbo for an appetizer. The gumbo was  too light colored for my liking. Lacking salt, but it had some heat to it.

One plus was that the gumbo was served with deveined shrimp and fresh crab meat.

The owner later came by the table and said that we would not be charged for the gumbo because it was not up to his standards and lacked in some areas. Which I thought was a good call and as a good owner it’s important to know that quality is important. 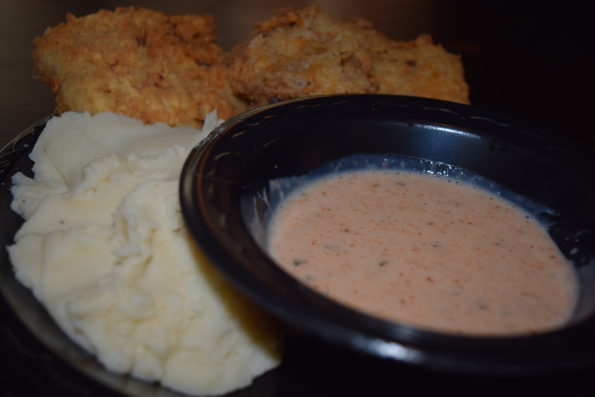 For our entrees, we ordered the Chicken Fried Steak and Swanky’s Burgers.

We waited a long time for our entrees. My chicken fried steak was served with mashed potatoes, a salad and a gravy for the country fried steak. 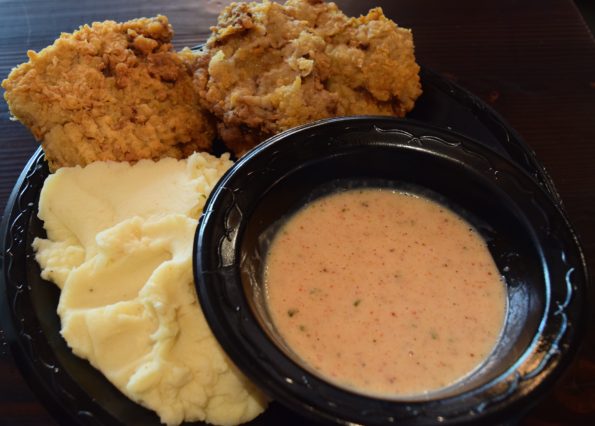 The gravy for the country fried steak was not your traditional white sauce. The gravy was very good, seasoned well, nice spice level and paired well with the meat. But without the sauce the meat was average.

The mashed potatoes were terrible. Tasted just like box potatoes. I will say that I have no problem if a restaurant uses box potatoes but take it up a level, add butter, seasoning, cheese, chives, something to elevate the dish. I know it sounds harsh but I have to be honest. 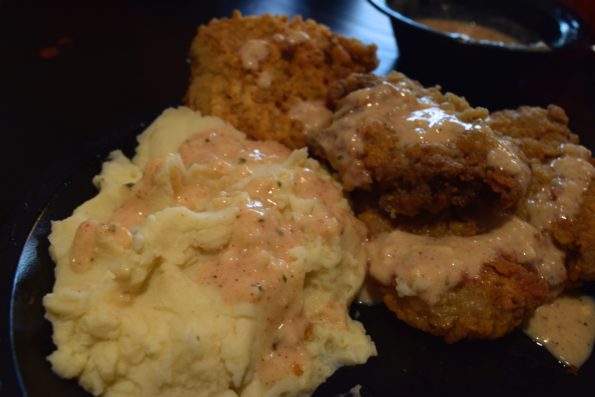 One thing that I liked about the dish was that the gravy could be poured on by you at the table instead of the gravy coming already on top.

The Swanky Burger was so good. Everything about the burger was on point. The seasoning, the fried egg, the bacon. A well constructed burger. We loved it. No complaints at all. We ordered the sweet potatoes fries with it. Decent fries. 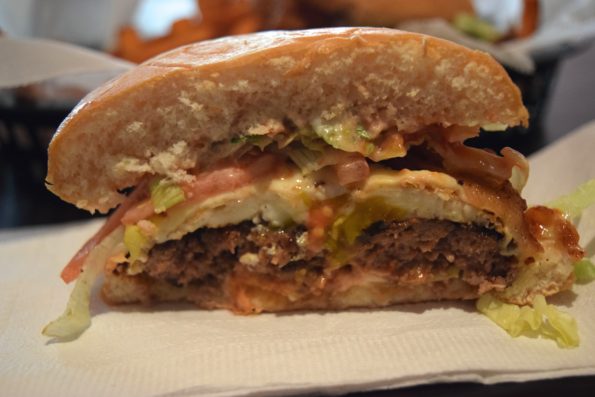 At this time Swanky’s doesn’t have any desserts. I am not sure if they will eventually carry desserts. But there is always Beau Bassin down the road for dessert.

Overall we left underwhelmed from the Swanky’s opening. Our total time at the restaurant was 2 hours which was ridiculous. We were apologized to for the delay in the service time.

A soft opening during the week prior to opening would have definitely helped iron out the kinks. Or offering a very limited menu the first couple of weeks just to allow time for the chefs and staff to become accustomed to serving, preparations and cook time.

I won’t say I will not go back but it will be a little while before I go back. Swanky’s has some kinks to iron out.

A few suggestions would be a sign stating Please seat yourself or please wait to be seated.  This will definitely help ease the customers as they come in.

Also a Food Runner to help bring the food out for the wait staff instead of having the waiter or waitress to take the orders and deliver the orders to the table.

Maybe putting a few benches outside for overflow for the crowd waiting to be seated.

The restaurant business is hard but with good planning and adjusting when necessary is crucial to the success of a business.

The chefs must learn and memorize those recipes to the T. Because lack of consistency will kill the business before it even starts. 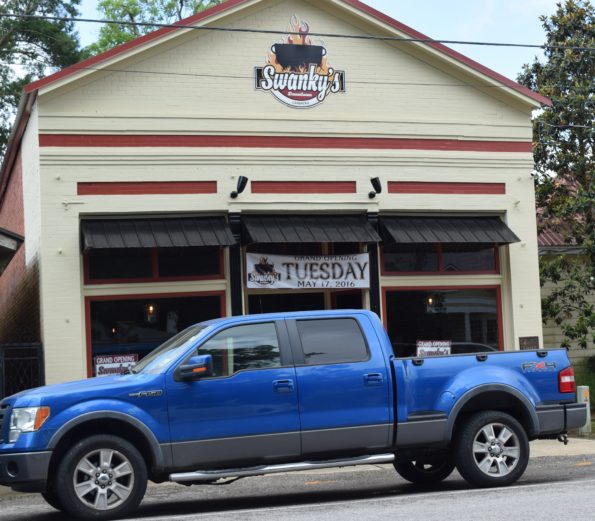 Brand new @youtube video is up. Link in the bio.

Starting the week off with a little spice 🔥 tod

Growing up in Louisiana, Seafood was always apart

In the words of my son, It’s Super Hot 🥵 Momm

Growing up both of my parents worked there were so

I’m not sure if your kids are anything like mine

Recently, I celebrated my birthday in Newport, CA

#gifted Salt is critical to the success of any St

Typically I prepare my ribs on the grill. But I do

I’ve had a lot of people ask for more informatio

Any given weekend we will have seafood of some kin

It’s summer and comfy shoes are a must. Whether

Burger night with a little something special, the

There is just something about comfort food in a bo

We are officially back from an Amazing trip to Cal

A Quick meal that I taught my daughter how to cook

Saturdays are for Doughnuts!! 🍩🍩 The new Voo

Every year for Father’s Day I take my husband ou

I switched up Burger night with my Sautéed Mushro