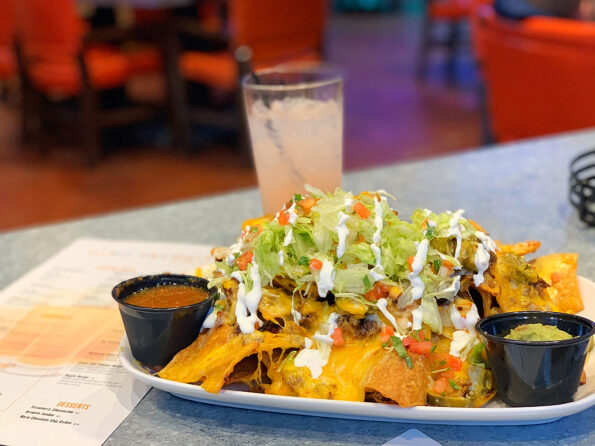 The College Football National Championship 2020 is today!  To say that I am excited is beyond the word! I am stoked, because our LSU Tigers are playing tonight! Wooohoo!

For my followers who don’t know, I absolutely love the LSU Tigers. We were season ticket holders for several years! 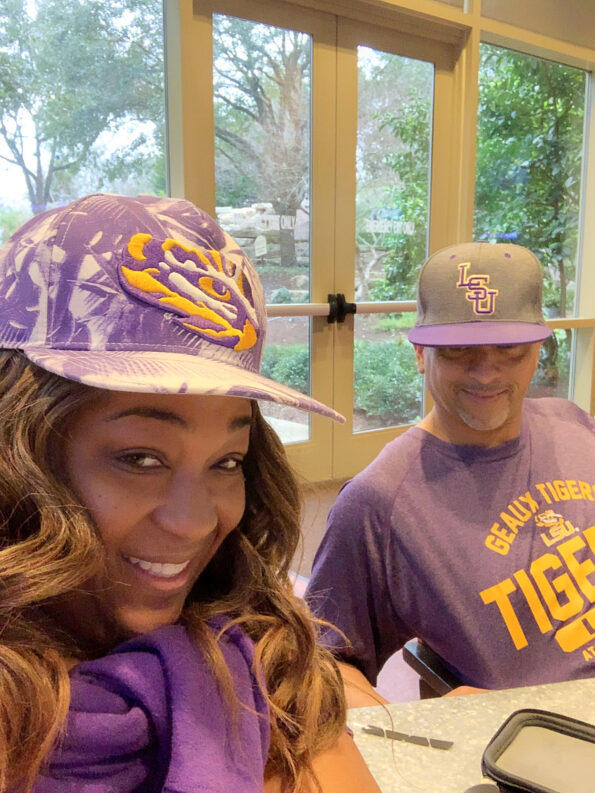 Even though we are officially Texans, we still bleed Purple and Gold! 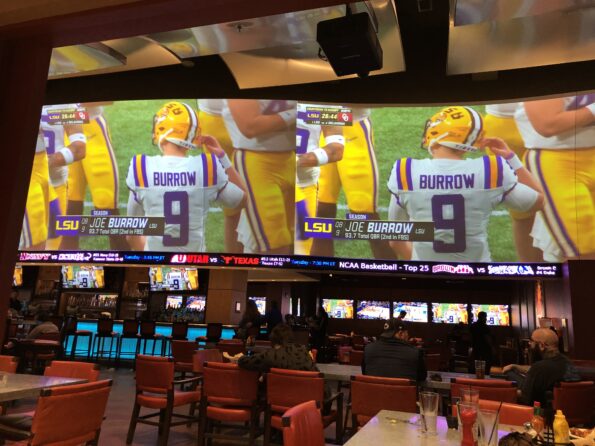 So in honor of the BIG Game, I am writing about a cool sports bar that we watched the Peach Bowl Game where LSU defeated Oklahoma State and now we are National Championship Bound.

As we approached the entrance of the Sports Bar, we were greeted by a team of Hostess. We were seated immediately.

We loved the vibe of the Sports Bar. Cool, laid back with screens galore.

We arrived an hour before the game. 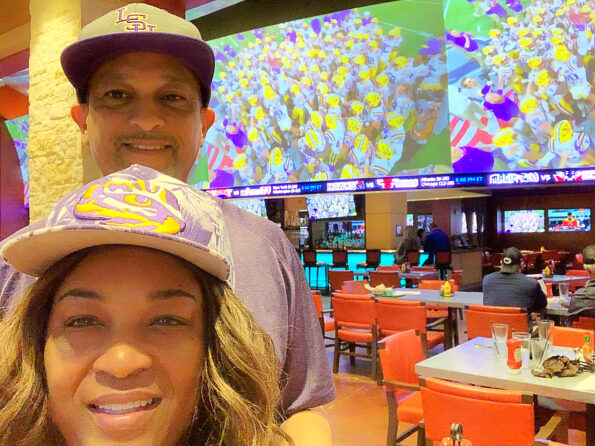 My husband and I had our LSU gear on! We rock it no matter where we go or what city we are traveling in! Die hard LSU fans.

There was a group sitting near the entrance and it was a great conversational piece.

They told us they were rooting for us!

We were seated and the waitress arrived to take our drink orders. 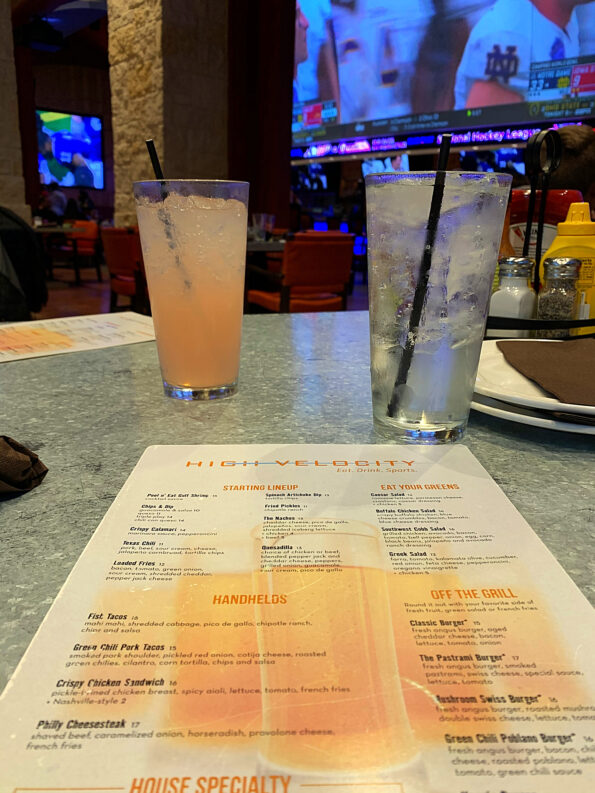 Salads like Caesar Salads, Buffalo Chicken Salads and more. Which was nice for those who love Salads.

Handhelds like Tacos, Burgers and Sandwiches. They also have a large variety of Burgers to choose from.

Plus Much More is available on the menu. 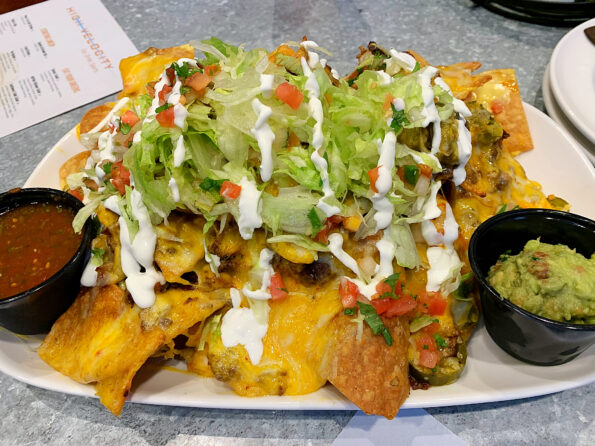 We started with The Nachos. One word MASSIVE! The Nachos were huge. Including Cheddar cheese, pico de gallo, jalapeños, sour cream, shredded lettuce and beef. The nachos were delicious.

The beef was well seasoned! Some of the best Nachos we’ve eaten at any sports bar. It wasn’t your typical ground meat. More but shredded beef. Superb. 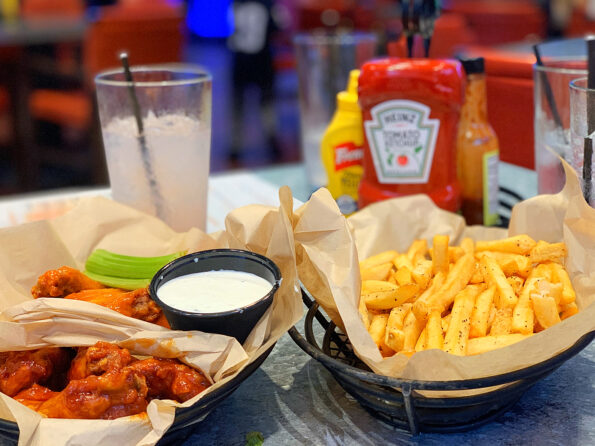 We spent a few hours in the Sports Bar and before leaving we tried the 12 piece traditional bone in Chicken wings with fries, celery, carrots and Ranch. 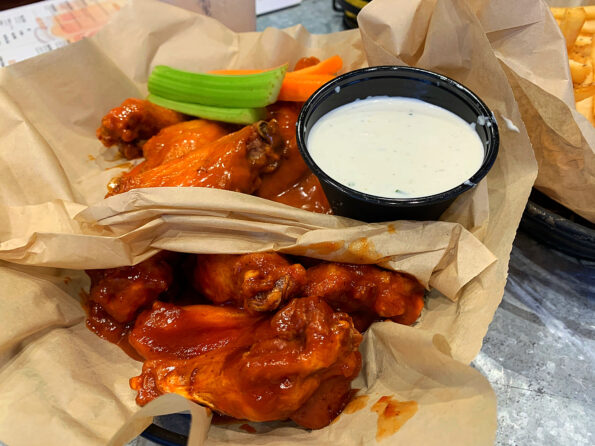 The wings were fried perfectly tossed in our sauce of choice. The Honey BBQ and Traditional Buffalo Wings Sauce. 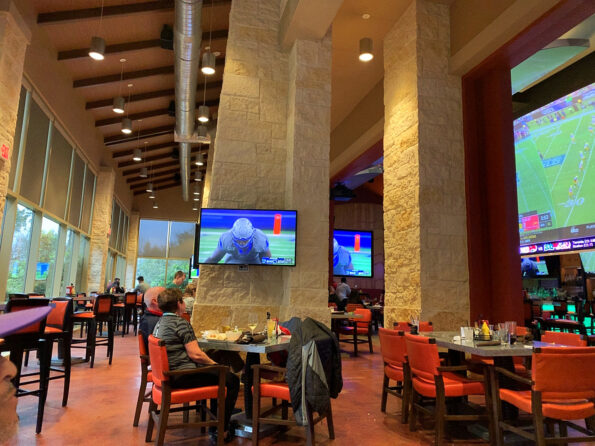 Overall, we loved our time at High Velocity. There was not a bad seat in the building. No matter where you were seated, the screens were visual at every angle. 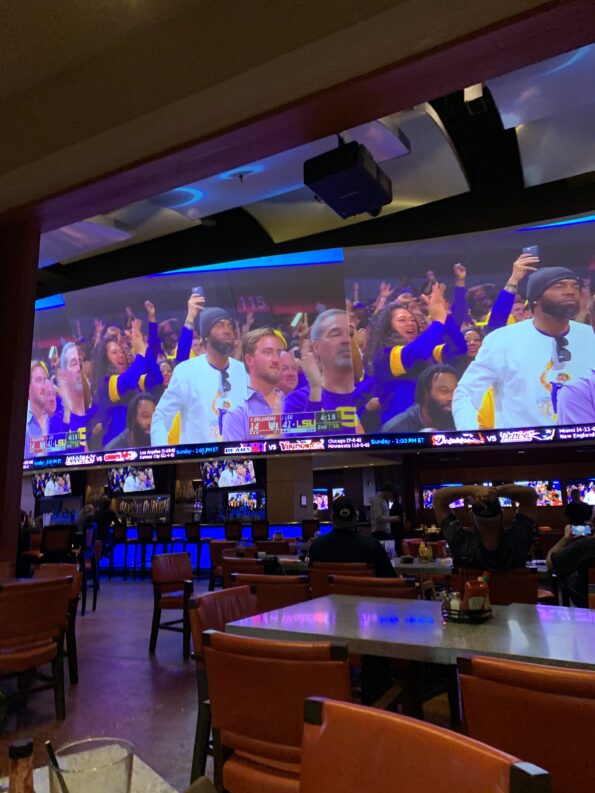 We had a blast watching the game. There were some Oklahoma fans in the building and it was cool watching the game with opponents. They cheered for their team and we did the same. SO fun! Friendly competition.

The Service was good. Our waitress was attentive without being a bother. She knew we were watching the game so she didn’t bother us but she would pass and check on us occasionally. Great waitress. 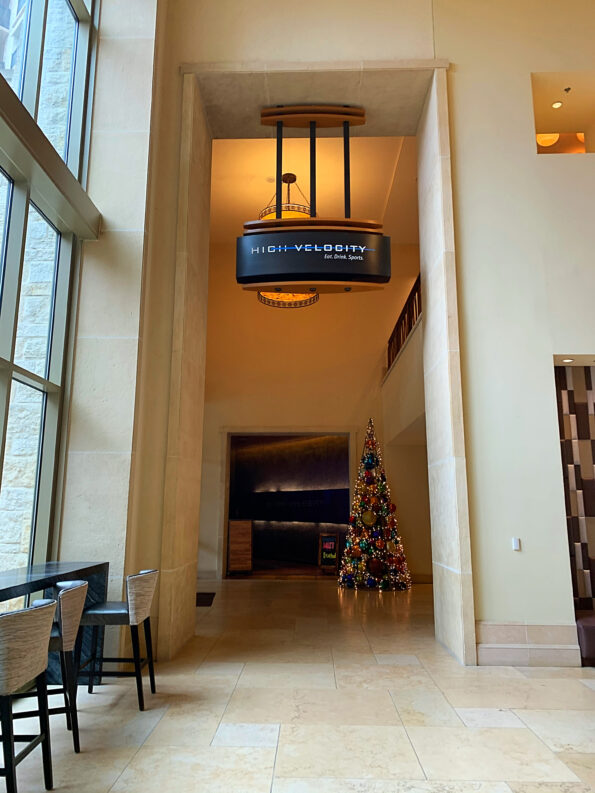 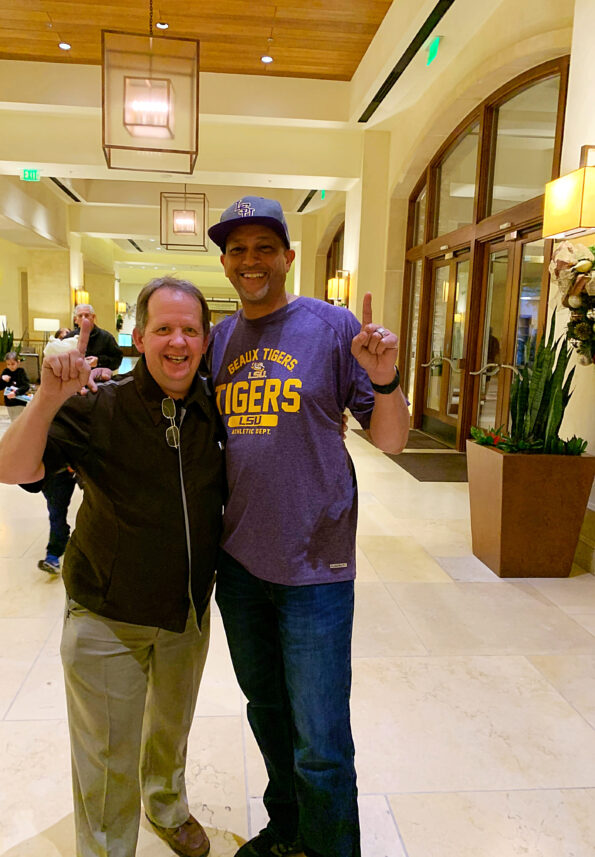 That night before heading to our room, we ran across our favorite Bell Man and he is an LSU fan! 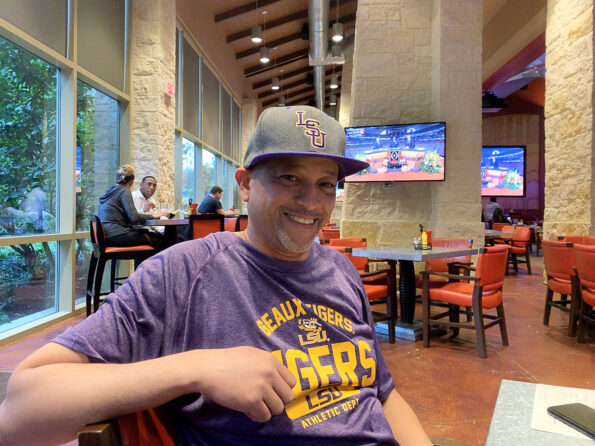 So tonight we will be rooting for our LSU Tigers. GEAUX Tigers!!!

If you are visiting the JW Marriott San Antonio Hill Country Resort & Spa be sure to stop in and catch a game or grab a bite to eat. 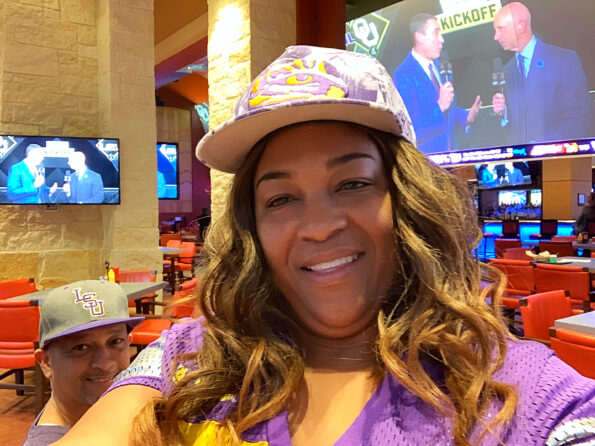 Tell them that Da’Stylish Foodie sent you.