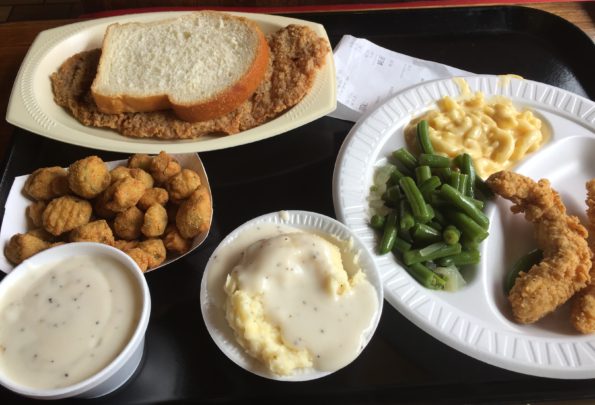 During our road trip to Austin, we stopped at Hinze’s BBQ for lunch. 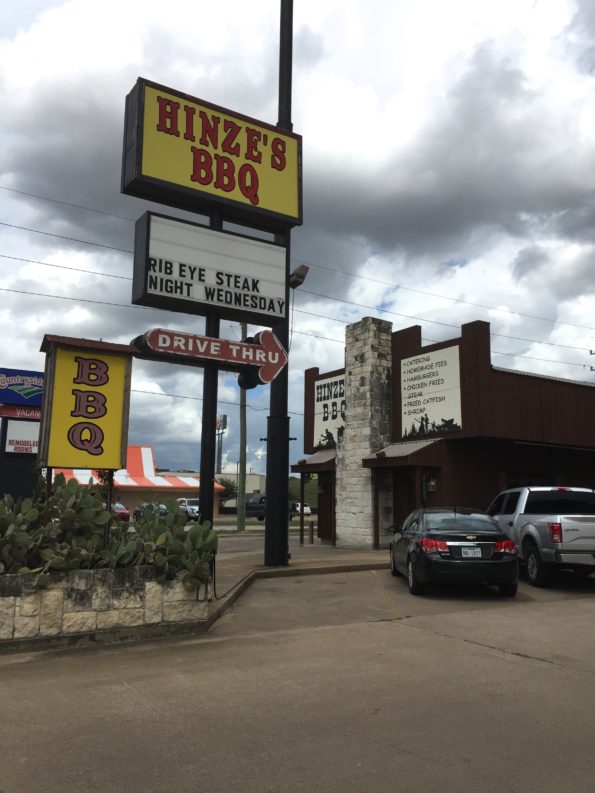 Hinze’s is a restaurant that offers authentic Texas BBQ, homemade sides and pies baked from scratch.

We arrived at the restaurant, walked in and seated ourselves. The people there were extremely friendly. I walked to the counter and reviewed the menu on their overhead board before choosing my selections. 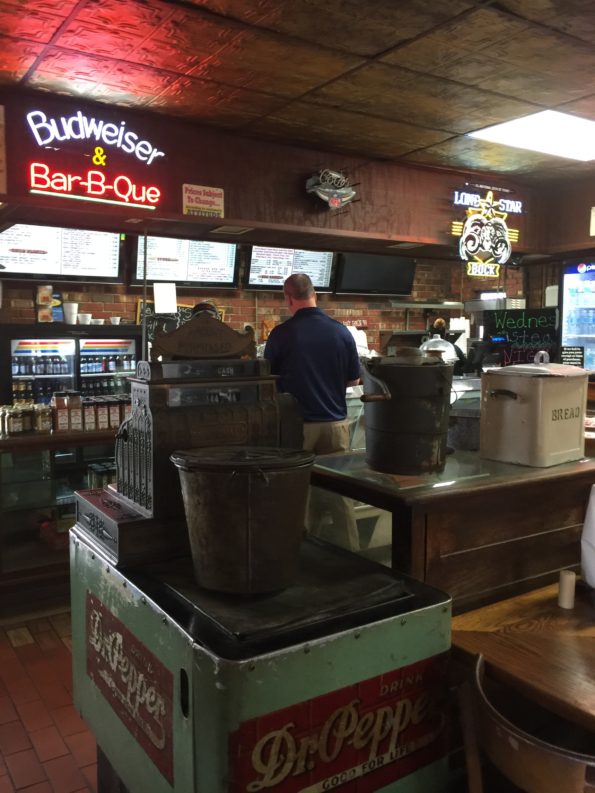 The orders were places and we returned to our seats. Your number is then called and you pick up your food.

As the hubby placed everything on the table, the dishes looked delicious.

We ordered a kid’s plate for both of our kiddos. 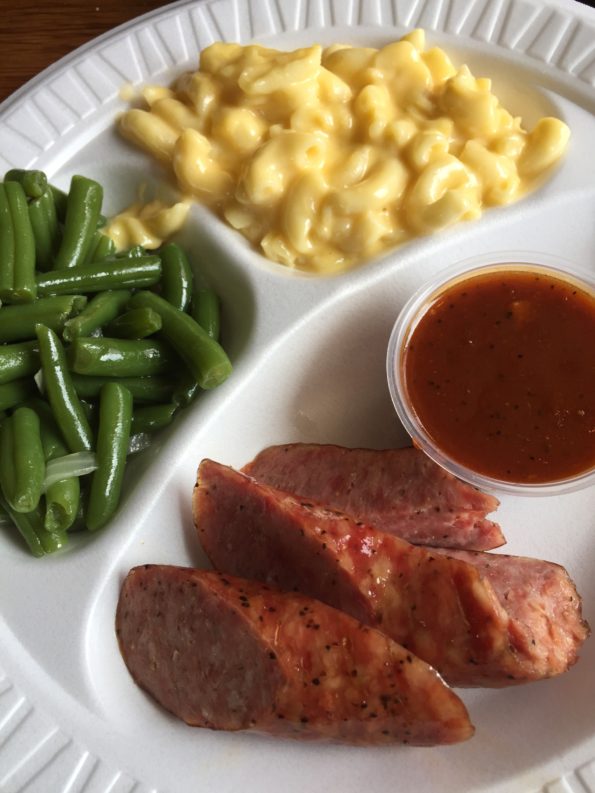 Z-man had the kid’s sausage plate which came with two sides. Mac n cheese and green beans. The smoked sausage was superb. The mac n cheese was creamy and very tasty. 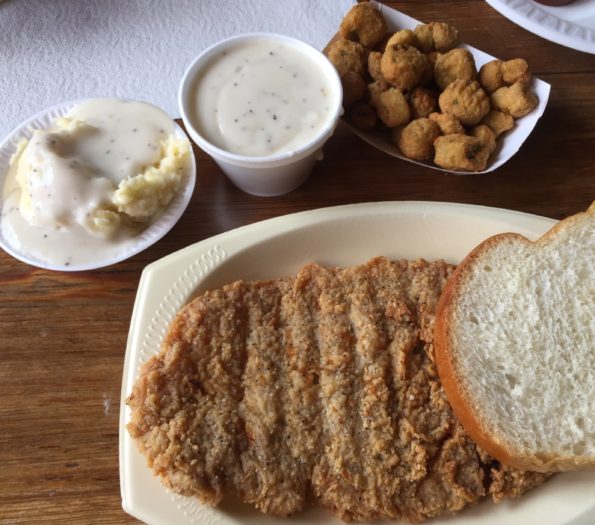 I ordered the 2 meat combination plate. I ordered the Chicken and Sausage plate with mac n cheese and red potatoes with black pepper.

The meat was well seasoned, tasty and had a beautiful glistening color. The BBQ sauce had a nice punch. Similar to Jack Miller BBQ but better in my opinion. The portion size was huge. I had plenty leftover to take home.

My sides were delicious. The potatoes were well seasoned and nicely cooked.

We ordered dessert as well, but we took the dessert to go. 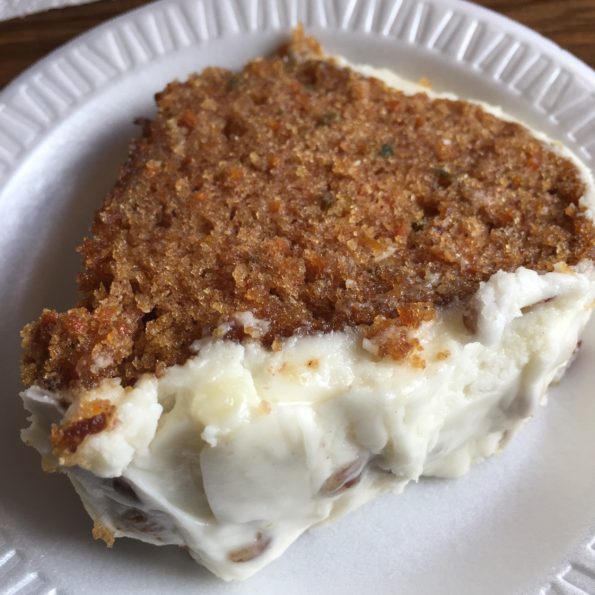 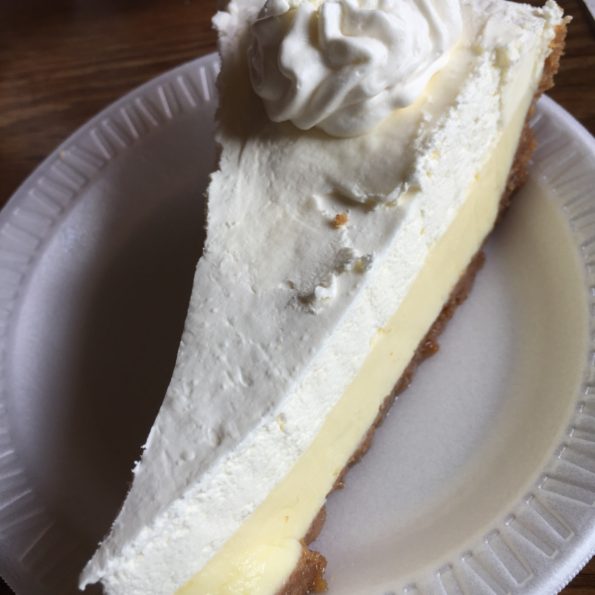 The hubby ordered a slice of key lime pie. The key lime pie was good. The crust was a little different than what we are accustomed to. But the pie was delicious. 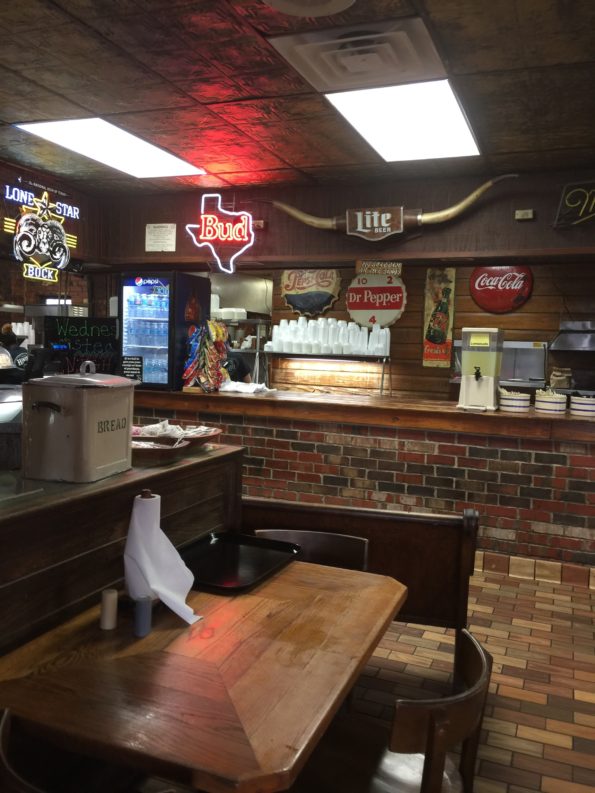 Overall, the food at Hinze’s was superb. The experience was good. The restaurant was clean and had plenty of seating. The staff was friendly and very accommodating.

I would say my only complaint was that I wished they had paper menus to look over before having to order at the counter. Especially for larger orders. But that’s a minor complaint.

The food hit the spot and carried us the rest of the way to Austin.

Come back later this week to hear more about my trip to Austin!