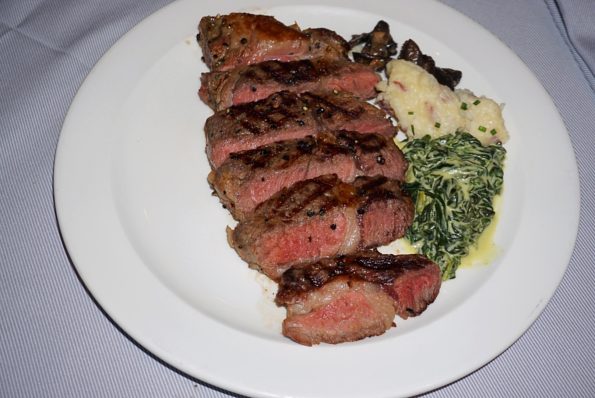 This has been quite a crazy couple of months filled with lots of travel and changes coming.  I apologize that it has taken me this long to finish my journey of the Princess Cruises, but I am back at it.

In case you missed the blog, here is the link to the blog, https://dastylishfoodie.com/2018/04/princess-cruises-day-2-culinary-shore-excursion-santa-barbara-california/ 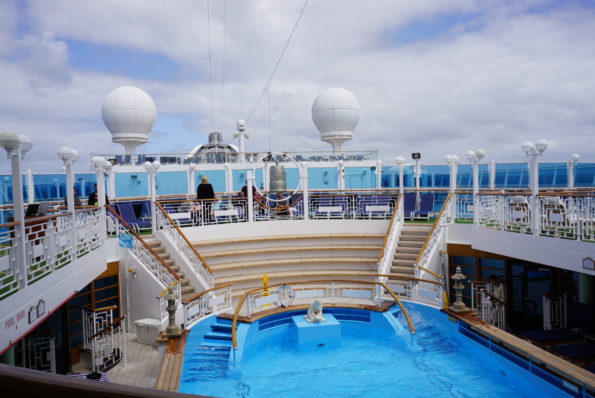 Today we are picking up as we returned to the Cruise ship after a busy day of fun and good food. 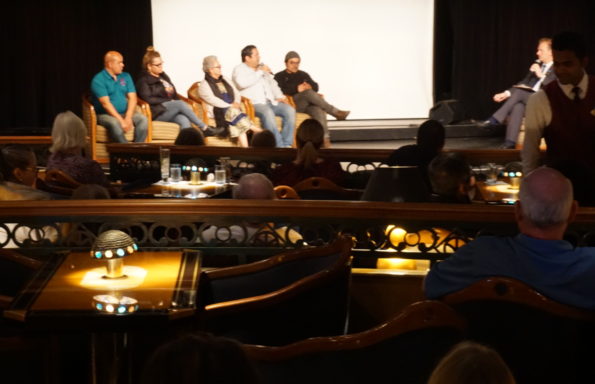 When we arrived aboard the Cruise Ship, it was time for the Q & A session with the guest Chefs, Carlos Saldago, Bill Esparza and Sabina Bandera.

“Bill Esparza is a professional writer whose travels throughout Latin America have made him a leading expert on Latin American cuisines. His original style of writing, and passion for culture, have made Esparza a go-to source for magazines, newspapers, and food travel shows. His knowledge has been acquired the old-fashioned way, from firsthand experience on the streets and at the stands and markets of Los Angeles, Mexico, Central America, the Caribbean, and South America”.

“Sabina originally from Huitzuco, Guerrero. Sabina Bandera arrived at Ensenada in 1976, year in which she became part of the family owned business of La Guerrerense, a street food cart. Sabina is mother to 3 children: Luis Eduardo, Luis Edgar, and Mariana Jeannete, who she has raised to also become part of La Guerrerense. La Guerrerense has had media coverage. In print magazines like Newsweek´s “The 101 Best Places To Eat In The World”, Playboy, Caras, Vinisfera, Travel+Leisure, and national or international newspapers such as El Reforma, El Universal, the New York Times, Los Angeles Times, as well as books like “Where Chefs Eat”, and “Fodor´s Travel Book”. There have also been television appearances such as Anthony Bourdain´s “No Reservations”, and in NatGeo, Discovery Channel, Univision, TV Azteca, and others.

“Carlos Salgado is the chef and owner of Taco María in Costa Mesa, California. Taco María has been named one of the top five restaurants in Los Angeles for the past three years by Jonathan Gold and the Los Angeles Times, as well as Best Restaurant by both the OC Weekly and the Orange County Register. When Salgado opened Taco María four years ago, he made a decision to honor his family’s culture and their hard work by making Mexican-inspired food with a reverence for its provenance. Using the best ingredients available and applying the techniques and values he learned in Michelin-starred restaurants, he works to create a syncretic Alta California cuisine that represents Mexican food by putting real corn at the foundation. He was named a Food & Wine Best New Chef in 2015, and in 2016, 2017, and 2018, he was a James Beard Award semifinalist for Best Chef: West”.

The Q & A lasted about 20 minutes or so.  Each Chef had an opportunity to briefly introduce themselves.  With a gentleman navigating the questions that were prepared prior as well as questions from the audience.  We learned a bit about each Chef.

Following the Q & A there was a book signing with Bill Esparza.

My friend and I quickly headed to our rooms to get ready for Dinner at Crown Grill. Crown Grill is a Steakhouse with a rich wood décor and a theater-style kitchen.  Recently named the Best Cruise Ship Steakhouses by USA TODAY. 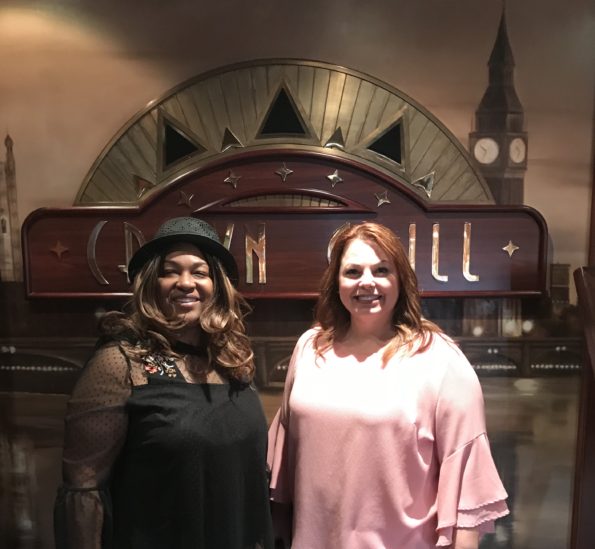 Serving fresh seafood items, premium aged beef and an array of desserts and side dishes.  Crown Grill offers a very intimate dining experience and an elegant setting. Chefs prepare made to order top-quality cuts of beef, chops and seafood.

We arrived at the restaurant for Dinner right on time.  There were many food options to choose from.

To start we tried the special dishes created by Carlos Salgado of Taco Maria.  Scallops in Aguachile, known as the Rolls Royce of Ceviche dishes.  The Luxurious Scallop is bathed in a fiery solution of lime and fresh green chile.  Garnished with cucumbers and purple onions and finished with sea salt and black peppers.  A very refreshing dish. 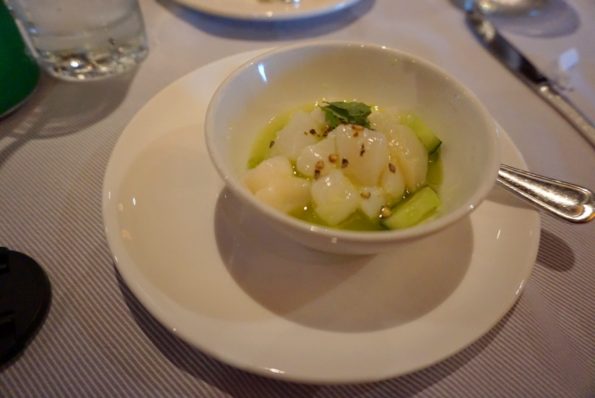 For my entree I chose the New Zealand Double Lamb Chops with Rosemary Essence. Served with Red Skin Mashed Potatoes and  Creamed Spinach.  The Lamb Chops were cooked perfectly.  The side dishes accompanied this dish nicely. 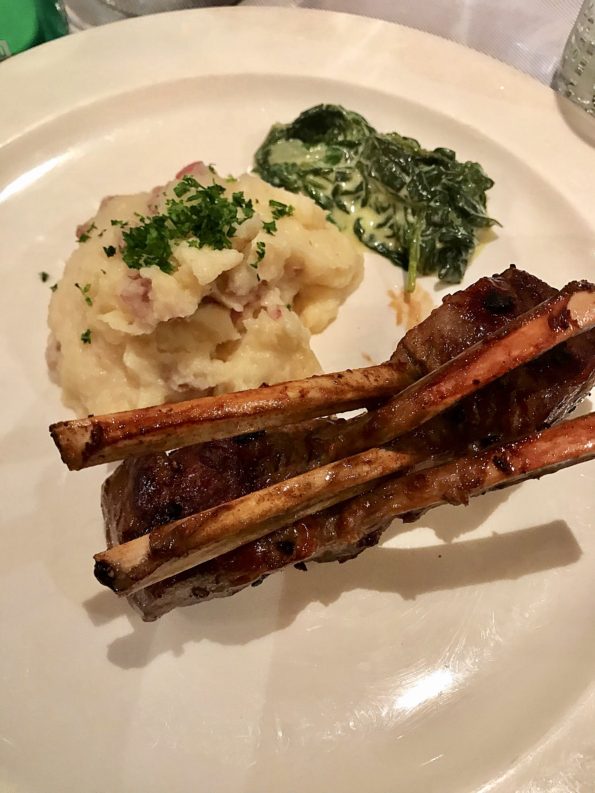 We also had the opportunity to try a few other dishes.  Below is the Sliced Ribeye with Red Skin Potatoes and Creamed Spinach.  A perfectly prepared Ribeye. 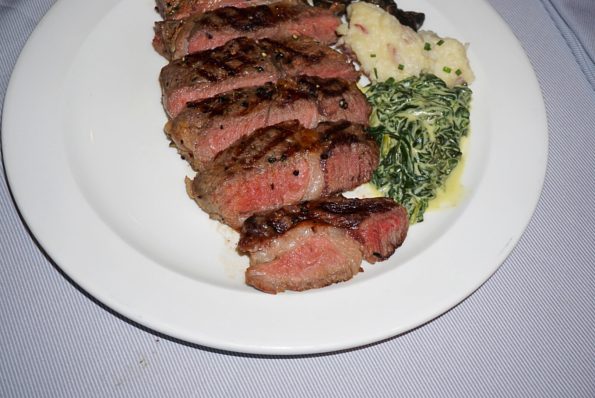 Next was the Crown Grill’s Surf N Turf. An 8 oz, Filet Mignon and the 6 – 7 oz Maine Lobster Tail.  Served with drawn butter and your choice of sauce and sides.  Beautifully plated. 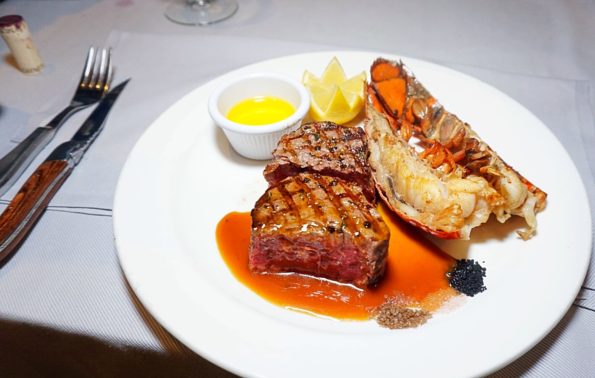 One of the special touches I loved about Crown Grill was their Salt selections. A perfect compliment to the Grilled to order menu.  The choices were the Himalayan Mountain Pink Salt, Smoked Applewood Salt and Himalayan Black Salt. 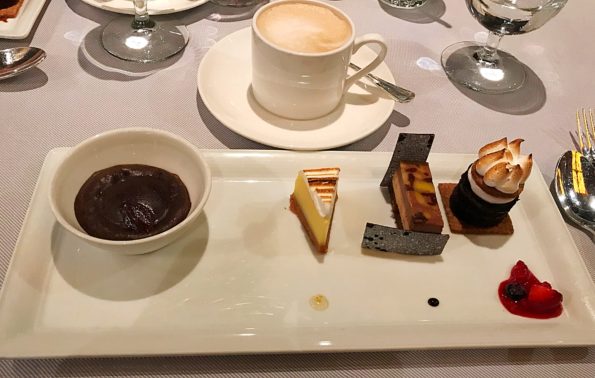 For dessert Crown Grill had a delicious dessert plate called the Crown Dependence.  I love desserts and this was a win win for me.  So many amazing favorites. 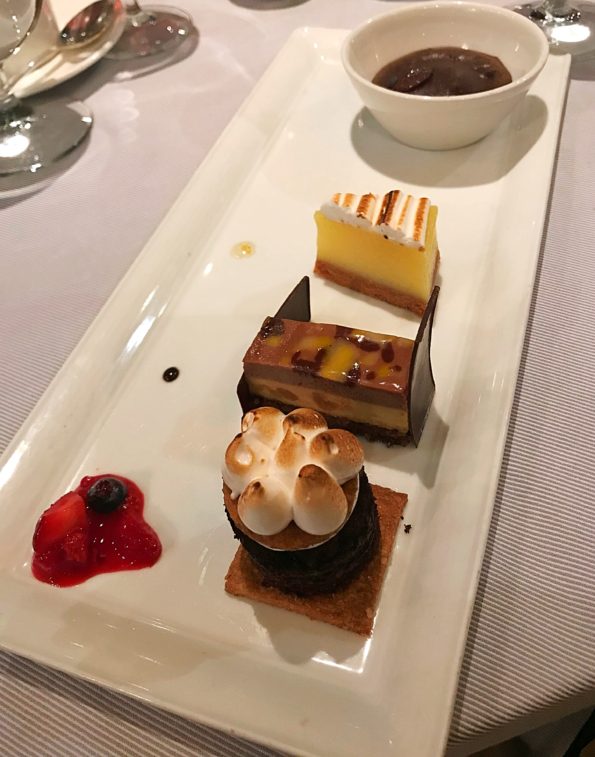 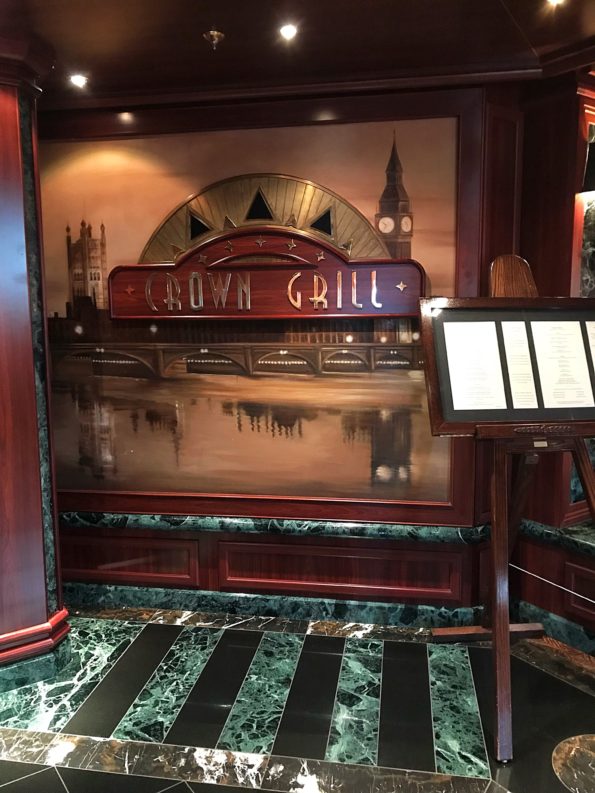 Overall our dining experience was superb.  Fine dining at it’s best, if you are cruising with Princess Cruises, I recommend Crown Grill for a nice dinner with friends or a romantic dinner with your Spouse or partner. Reservations required.

Superb food, great service and an elegant environment made for a perfect evening. 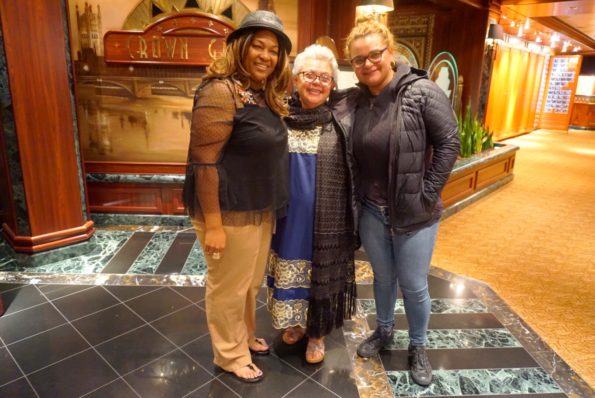 Before leaving for the night I was able to take a picture with Chef Sabina Bandera and her daughter, Mariana Jeannete.  I will share more about Chef Sabina in my next blog. Be sure to come back and read about my relaxing day at Sea aboard the Ruby Princess. I promise you don’t want to miss this one!

Yesterday was #NationalCrawfishDay I didn’t get

Saturday Morning Cereal. Our daughter is not a bi