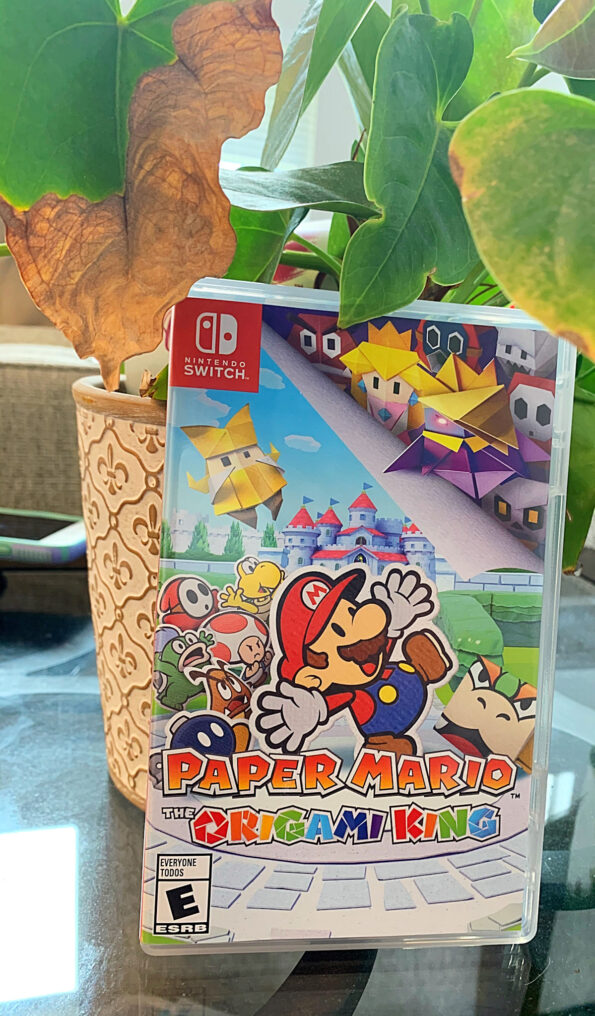 It’s officially Spring Break. I am kicking it off with this new blog post with a special guest writer, my daughter. 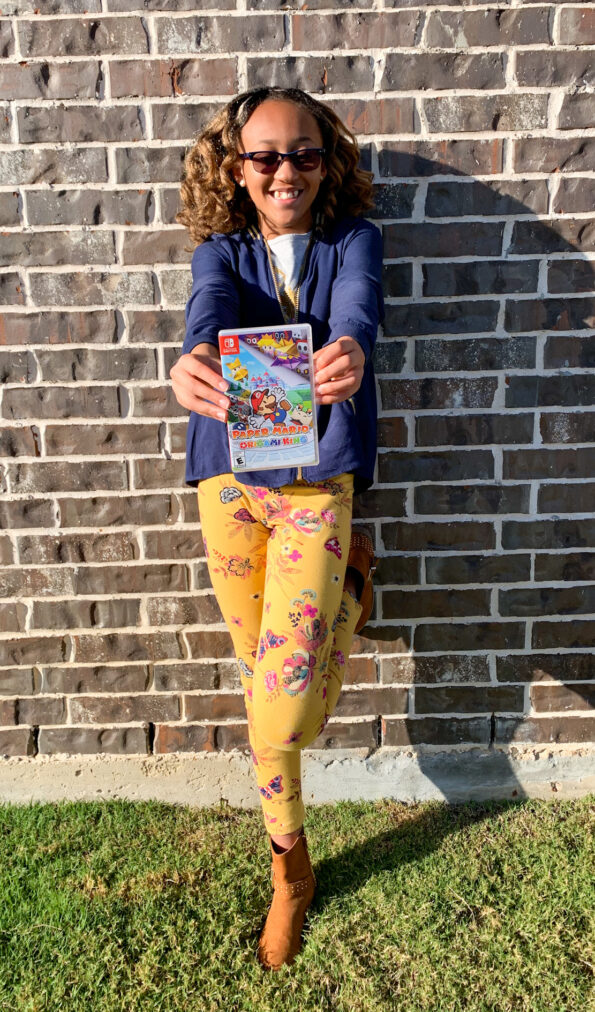 She is a big gamer. Video games is one of the things she loves playing as a family, with friends, her brother or alone.

Paper Mario came out not long ago and she played it until she finished the entire game. Today she is sharing her thoughts about the game! 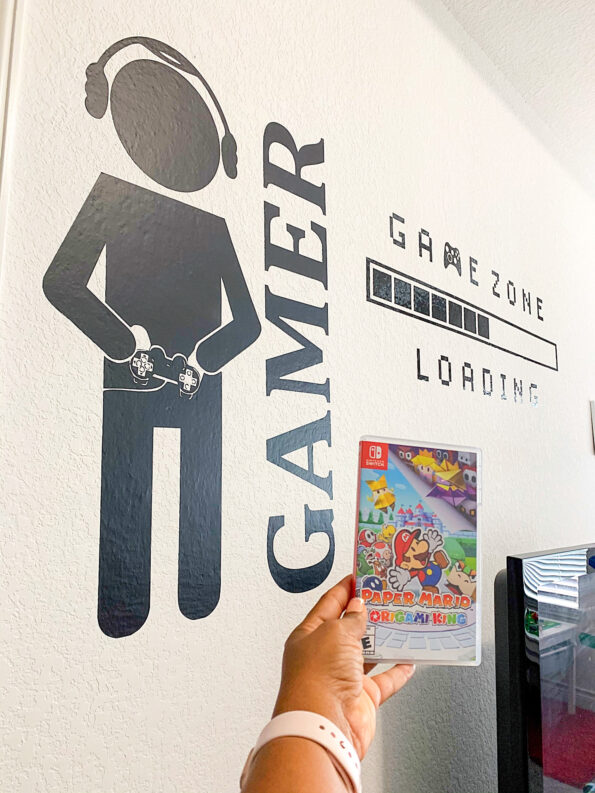 While in Peach’s Castle (Which later becomes the Origami Castle), Mario meets a little origami girl (that’s what Bowser calls her), named Olivia. Her brother, Olly, came up with an evil plot after being folded and written on by an origami craftsman, to fold the entire kingdom into origami. Mario must make the adventure to release the five streamers in order to save the Mushroom Kingdom. 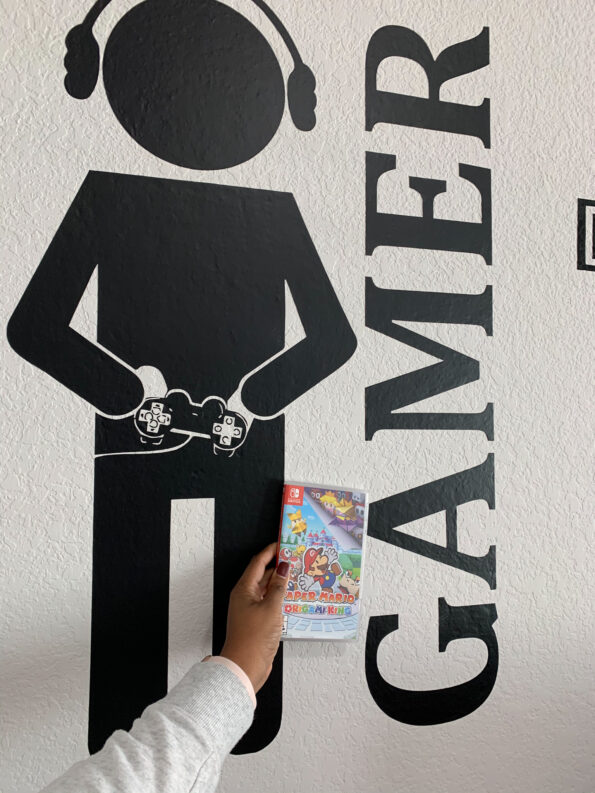 There are many places to travel while in the Mushroom Kingdom. Surprisingly, many Toads have been folded by Olly to keep them quiet. Princess Peach asks at the beginning of the game if the Toads should be silent and should not be heard from. From there, Mario needs to rescue all the Toads who have been hurt and folded in order to bring peace back to the Mushroom Kingdom.

Many allies join your party. Bobby is one. Bobby allowed himself to be sacrificed in order to save Olivia and get to Scorching Sandpaper Desert. Bowser, Bowser Jr., and Kamek (I call him MagiKoopa because I always forget what his name is depending on the Mario game) in order to find the five streamers.

This game is so fun, it reminds me of some of the games I played in the past. Battle allows you to line up enemies using rings. In the field, you’ll encounter many enemies that you have to face off. The more HP you have, the easier it is to beat enemies in the field. You can find HP hearts a lot in the Mushroom Kingdom. There’s something about Bowser you won’t recognize, and it’s quite hilarious… Bowser was stapled by a Stapler and has to walk on his face! Olivia only notices “Lord” Bowser’s form when he’s unstapled. Poor Olivia has a lot to learn.

In all, this game is very fun. I enjoyed some of the new animations in the game, even though I didn’t play any other Paper Mario games. It was so clear… and the story line was awesome.

From the Vellumental  powers all the way to the 1,000 Fold Arms, this game was so incredible. I was able to finish the game within 5 days, because I completed each streamer and boss Vellumental every day.

My favorite character was Bobby. He was selfless, and he had amnesia and lost his memory. Bobby regained his memory and decides after Olivia is crushed to save her simply by EXPLODING himself and allowing you to continue the mission without him. I almost cried when Bobby exploded because he was my favorite character. I hope Nintendo makes another Paper Mario game soon, because I really enjoyed it!

Be sure to follow the blog for more reviews on video games. 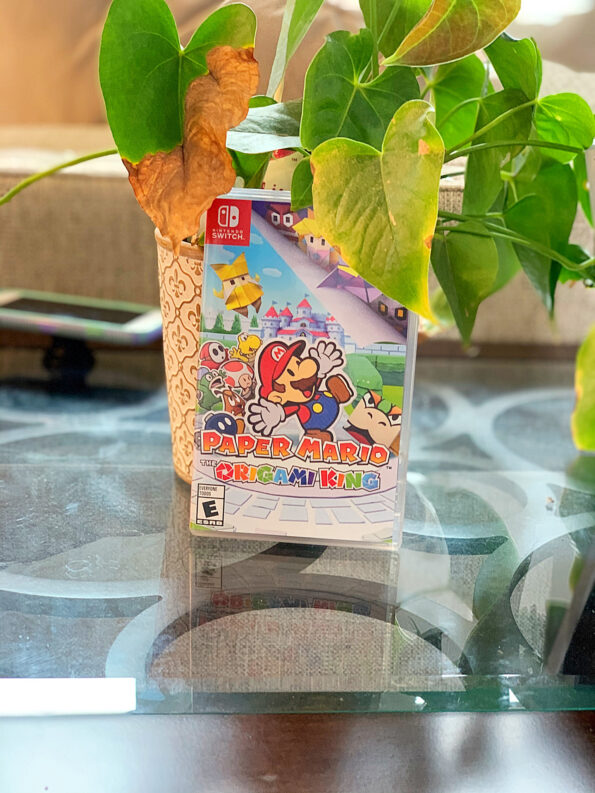 It’s officially Spring Break. If your kids are gamers like mine, then you know games are a requirement for vacations, or road trips. Paper Mario is one my daughter loved. @target #VideoGames #Gamer #Gameroom #PaperMario

I’m a bit of an overpacker. There have been time

Dinner on a boat within the resort. How cool is th

No birthday celebration is complete without desser

Celebrated my birthday 🥳 at Disney Springs. If

Officially out of office for the week. Great fligh

Strawberries 🍓 are my favorite fruit. I love st

It’s Summer time and Grilling is always a good i

Meatball subs are quick and easy. Only requires a

My kids are pizza 🍕 fanatics. They never pass o

After a day of errands with my daughter we stopped

Po-boy kind of night. Shrimp po-boy is always a hi

Steak Night Family Style at the Dumas house. Our