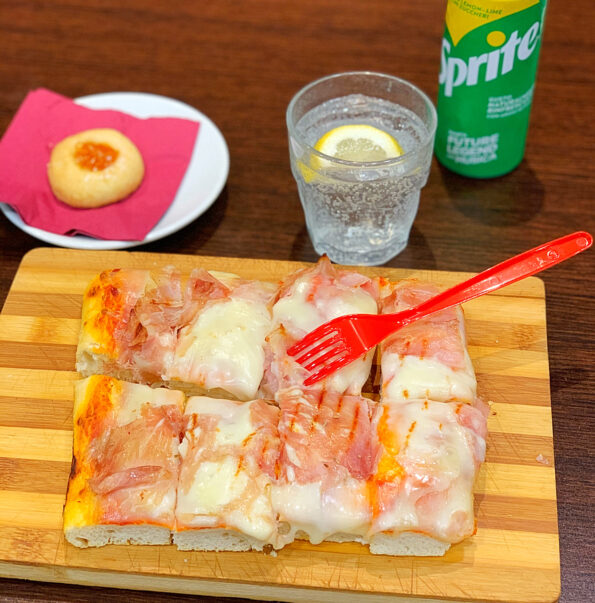 It’s always been a dream of mine to travel to Italy. Italy has been on my bucket list for a few years now. When I found out that I was chosen along with a group of other Bloggers, Writers, Editors and Influencers to travel to Italy, I was stoked!

A few weeks prior I started preparing for my International Travel. I have traveled Internationally but mostly on Cruise Ships. This was going to be my first flight that was longer than 5 hours.

I have to be honest I was a little anxious about this 12 hour flight. Packing was very interesting, I am a heavy packer always but traveling for 7 days would require me to pack several outfits.

We had a power packed week of events which required two outfits per day. Oh my word, how was I going to condense my overpacking. 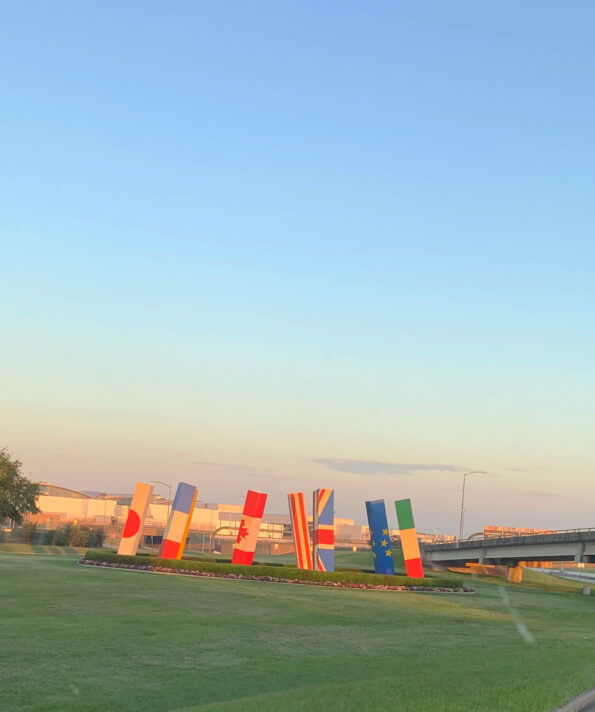 But I figured it out and was able to successfully pack for my trip. Thank Goodness.

The day had finally come, it was time for my journey to begin. I had an early flight so we were up bright and early. 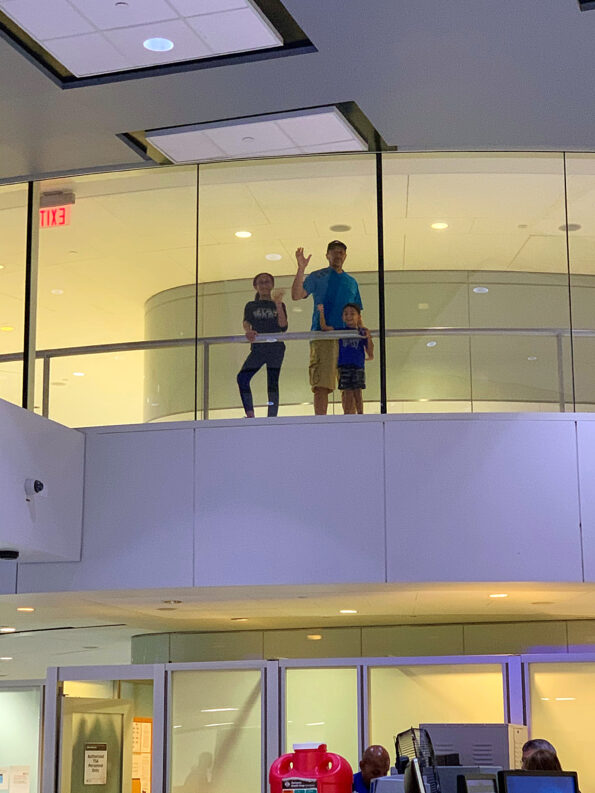 My husband and kiddos drove me to the airport. It was a very emotional morning because it has been a while since I have left my kiddos for more than a few days. 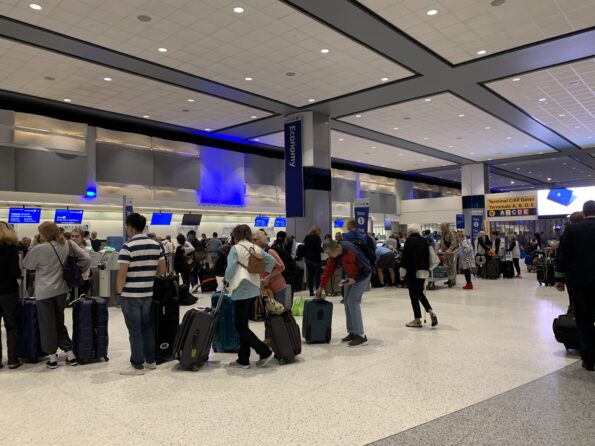 Going through security was smooth. I arrived with plenty of time to spare. 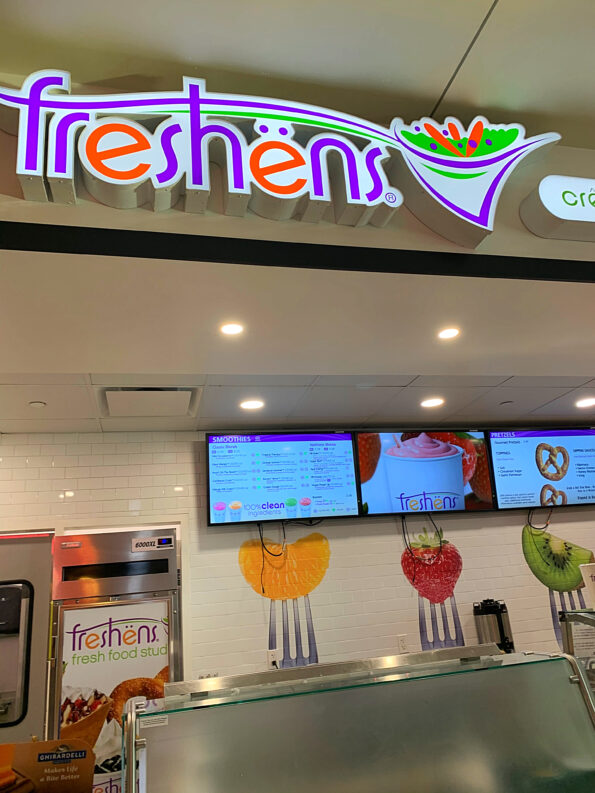 Before heading to my gate, I grabbed a smoothie from Freshens. Freshens is a fresh food studio that serves Smoothies, Salads, Flatbreads, Yogurt made with fresh ingredients. 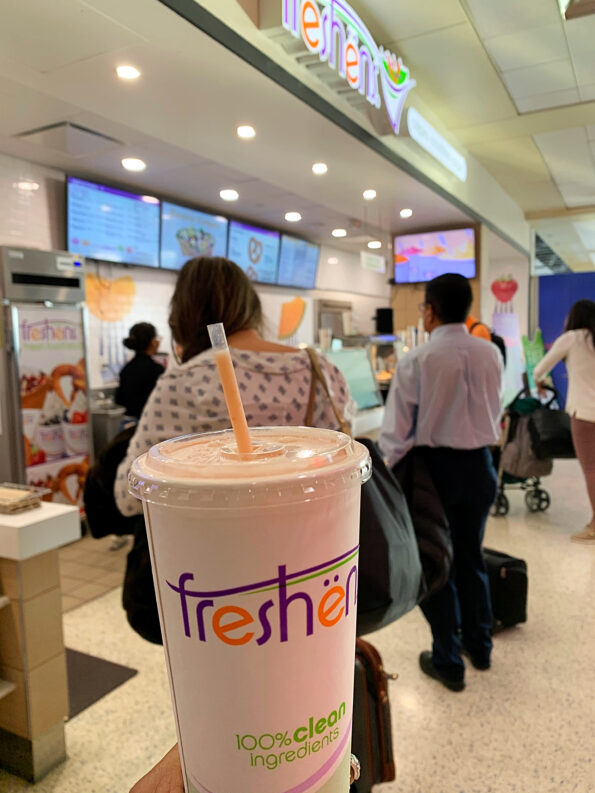 I tried the Orange Sunrise made with Pineapples, Strawberries, Banana and Oranges. So yummy. 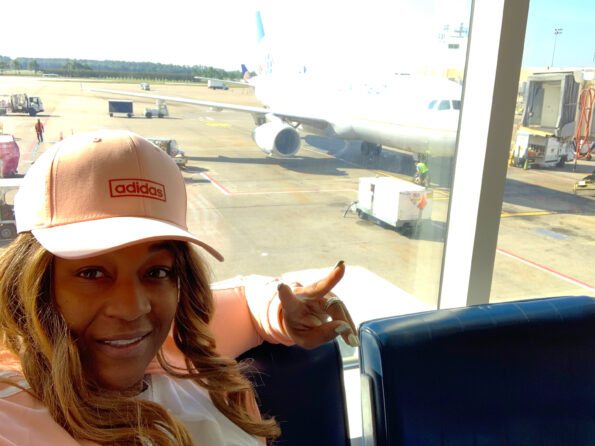 I enjoyed the calm before hopping on my first flight. I had my backpack packed with all sorts of things to do during the flight so I was ready. 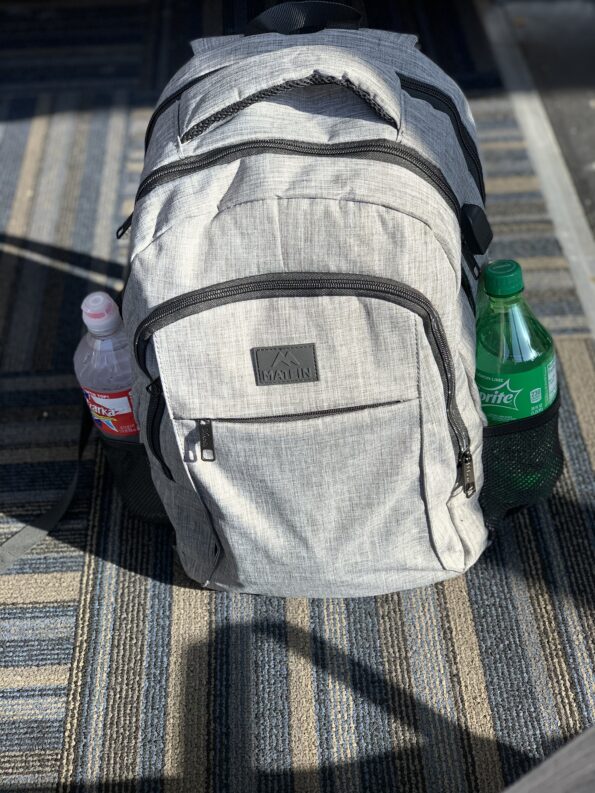 Let me just take a break to mention this amazing backpack called Matein https://www.matein.com/collections/backpacks . The most comfortable backpack to travel. My backpack was loaded but my back never hurt. The cushion on the backpack was superb. Special thanks to my boo for ordering this for me and surprising me with it before I left. Just a little FYI. 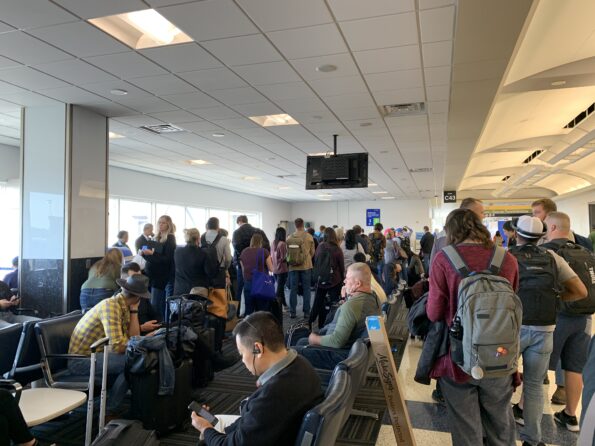 Before I knew it, it was time to hop on my first flight. The boarding process was smooth and easy. 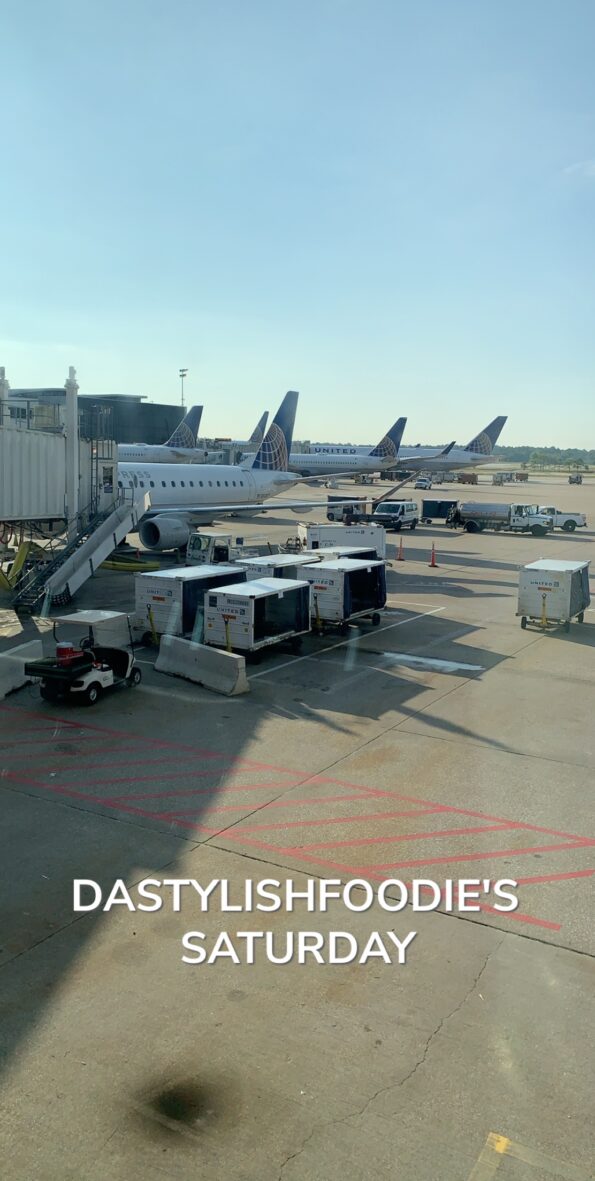 Great flight. No issues or problems. 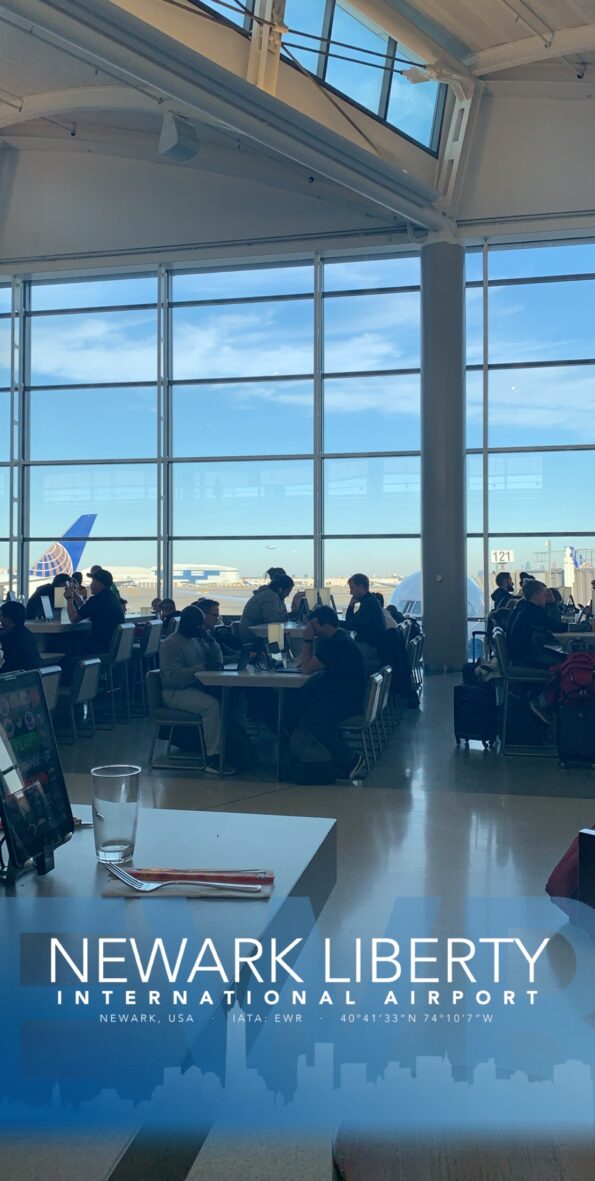 We landed in Newark, NJ and I headed to locate my gate before browsing the airport. I wasn’t really hungry yet so I walked around a little to stretch my legs. 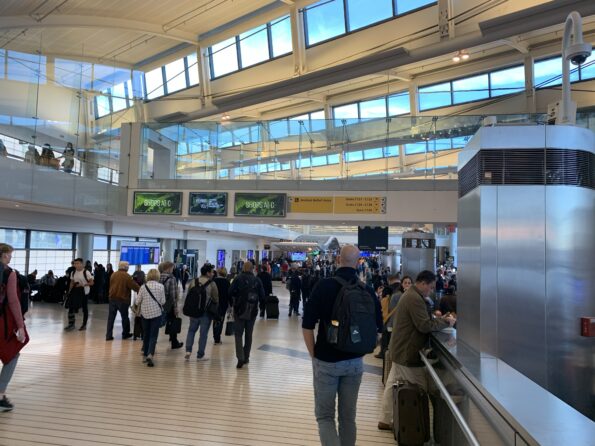 There were areas all throughout to sit and charge up, eat and relax which was nice. I grabbed a pretzel and a frozen drink. Then headed to a permanent spot to get some work done.

Time began to creep and before I knew it we were getting prepared to board our 11-12 hour flight. The anxiety began to grow but I prayed and began to feel at ease. Then we were delayed for an hour and half due to plane issues.

Everyone was ready to go. But we had to wait and as my mom always said it’s better to be safe than sorry. 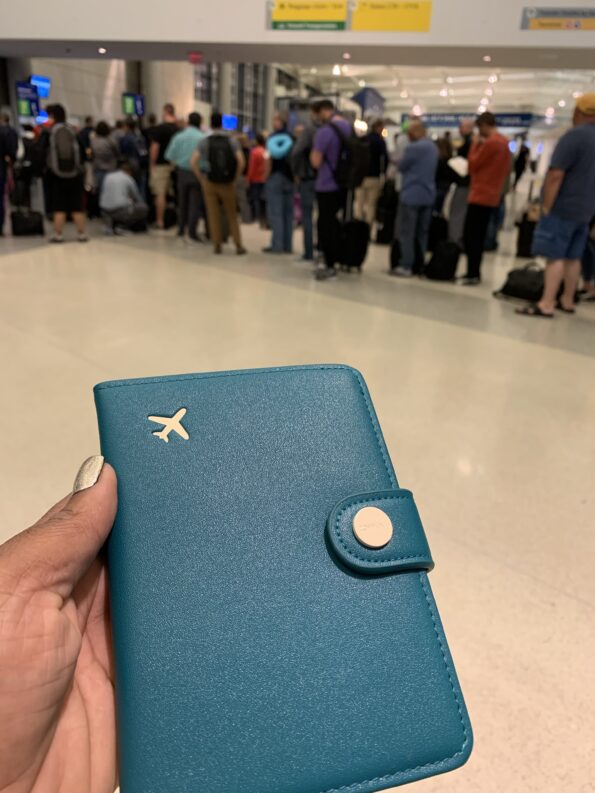 We began boarding the plane. I was worried about sitting so close to someone for 11 hours. But I was blessed to sit by two super friendly ladies plus I had an end seat. 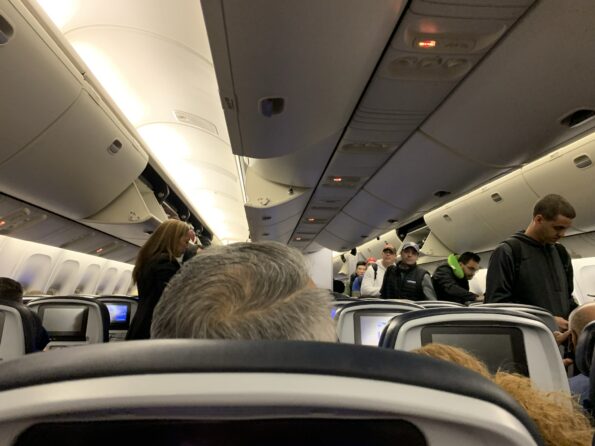 We had an endless amount of movies to watch and we were served food through out our flight. No it wasn’t gourmet food but it was decent. 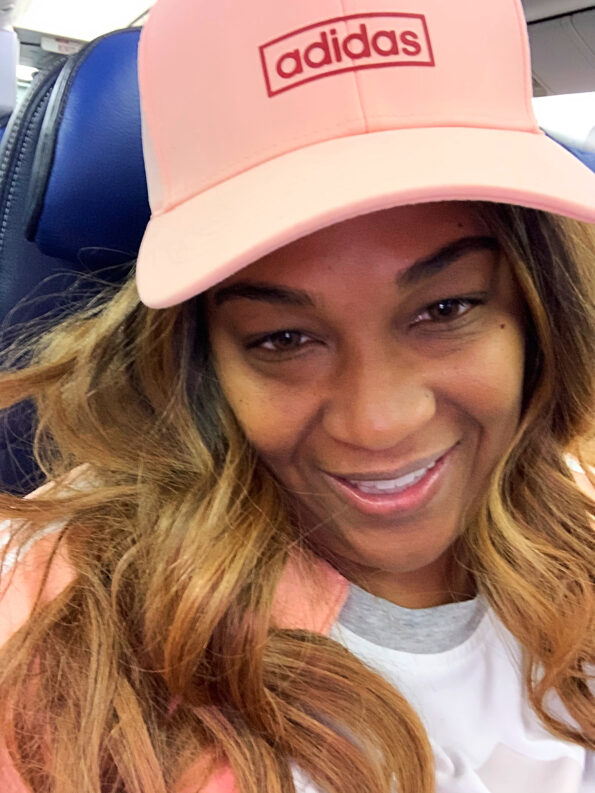 I watched several movies, read a book and slept a few hours. Before I knew it we were an hour from Milan, Italy and would be landing. Yay! 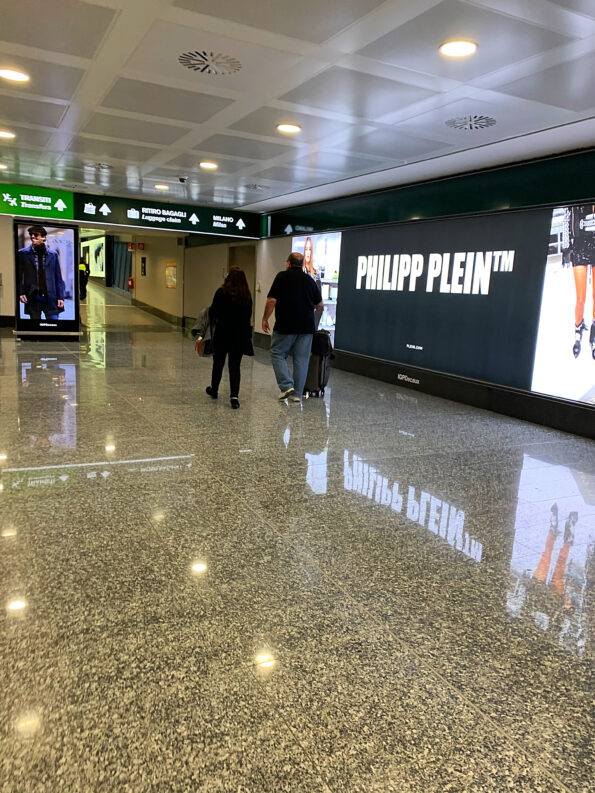 But now to pray that my two luggage bags arrived in one piece. Thankfully they did. I grabbed my luggage and headed to find my driver. She was there waiting for me and a few of the other Bloggers/Influencers and Food writers had arrived. 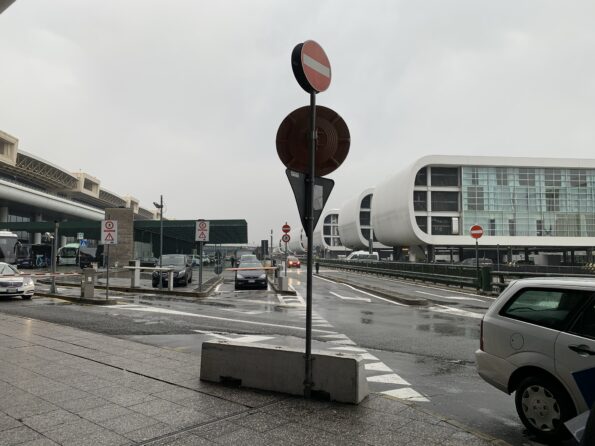 We hopped in our van and headed to our hotel, Hotel Moderno. Hotel Moderno is located in the Heart of Pavia. “A Symbol of hospitality, the Moderno hotel in Pavia is an elegant and refined 4-star hotel, located near the Central Station, a few steps from Piazza Minerva and the Historic Center”. 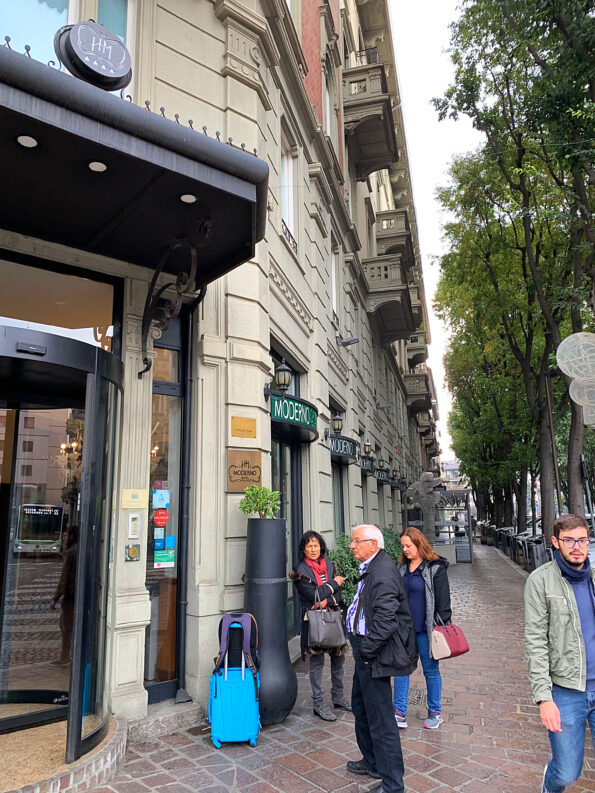 I will speak a little more about Hotel Moderno in a future post. 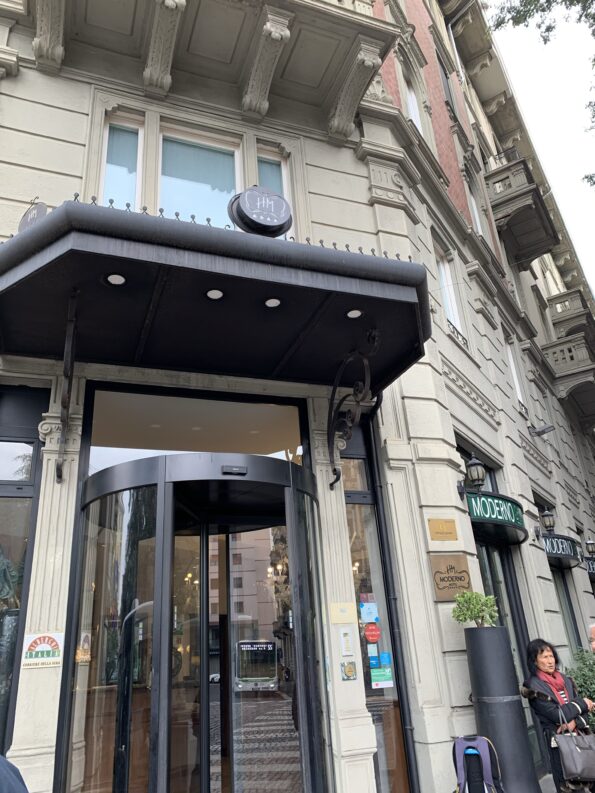 After checking in, I took a few minutes to unwind then headed out to grab an early lunch, shower and take a nap. I was hungry and didn’t want to eat too close to dinner as we were going to be meeting up as a group a little later this evening. 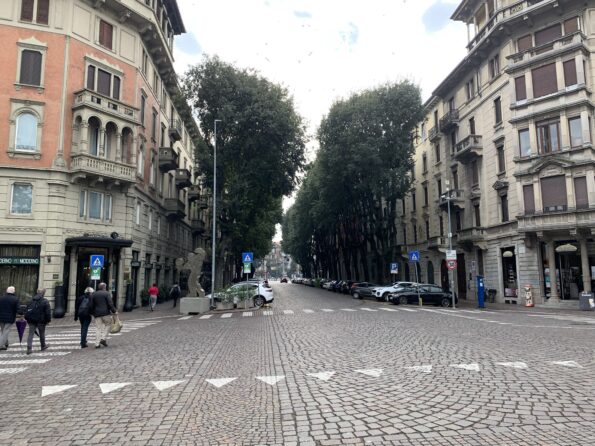 I had no idea where I was but I decided to explore a little and check out Pavia. What I immediately noticed was that there were Cafe/Coffee Shops on every corner. 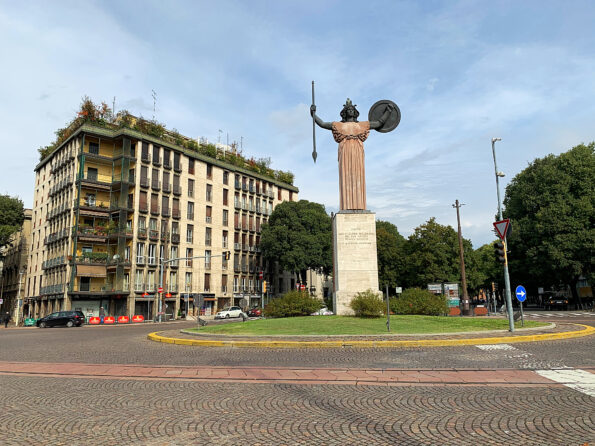 Which was extremely interesting but I later realize why, I will elaborate more later. 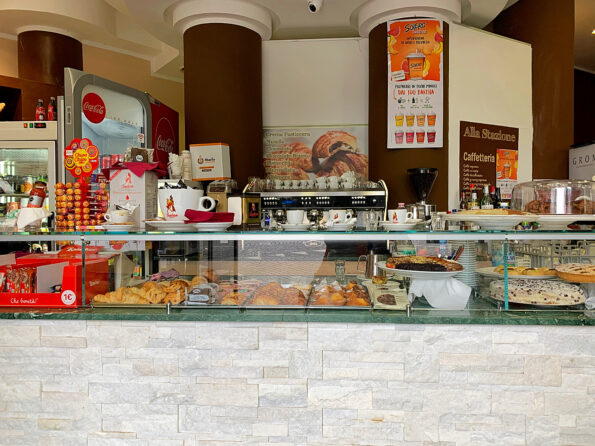 After exploring the area near the hotel, I decided to grab lunch at a place called Food Wine 2 La Stazione.

I had a Priscotti and Cheese on Foccacia Bread. So yummy. Washed down with a sprite. But way too much to eat. So they packed it for me to go. 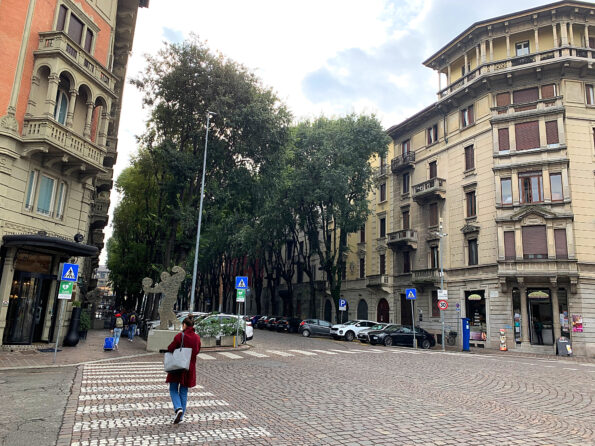 After grabbing a bite to eat, I headed back to the Hotel which was right across the street. 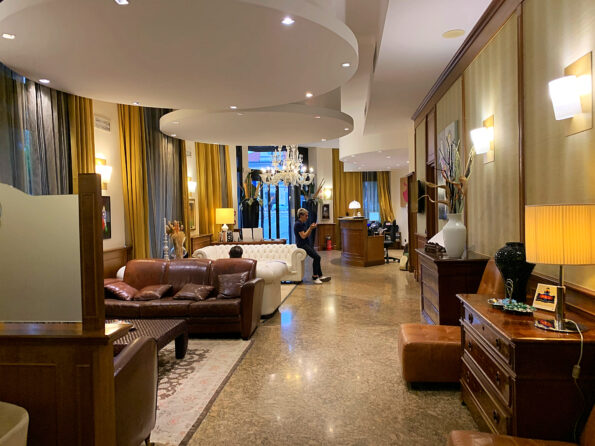 It was time for nap time and boy was I ready. 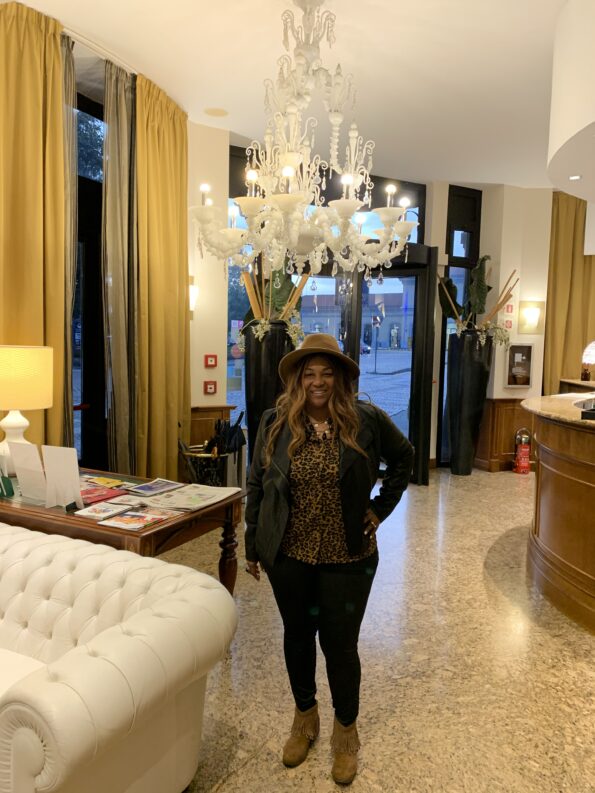 In my next blog I will share about an event hosted in Pavia, Italy yearly called Autunno Pavese. Be sure to come back and read all about this event.

2 thoughts on “My Journey to Italy”