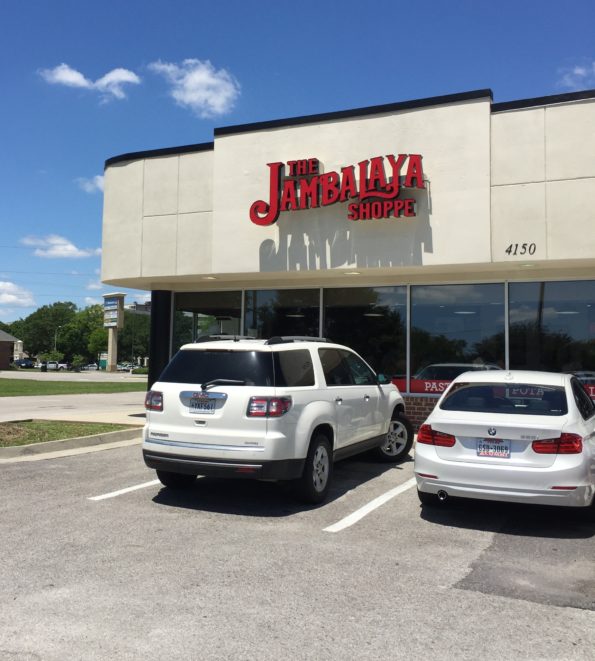 The Jambalaya Shoppe was started through desperate measures. The founders of The Jambalya Shoppe, Stephen and Cheryl Fontenot were struggling to raise their 5 boys in a declining economy. Which led to a drastic loss of a business venture and wiped out their savings.

God spoke to Cheryl and told her to resign from cleaning homes. As she prayed about what her next step would be, God showed her a vision of people waiting in line at a local eatery for a good home cooked meal. The moment that The Jambalaya Shoppe was birth.

With no food experience and the fact that she had never cooked jambalaya in a pot larger than a traditional kitchen stove, she trusted that God would give her what she needed to start the business.

The first Jambalaya Shoppe was opened within 2 weeks. Though there were many ups and downs during this process, she stood on what God spoke to her in the tough times. Because of her perseverance and hard work of the Fontenot’s; There are now Jambalaya Shoppe’s throughout Louisiana. 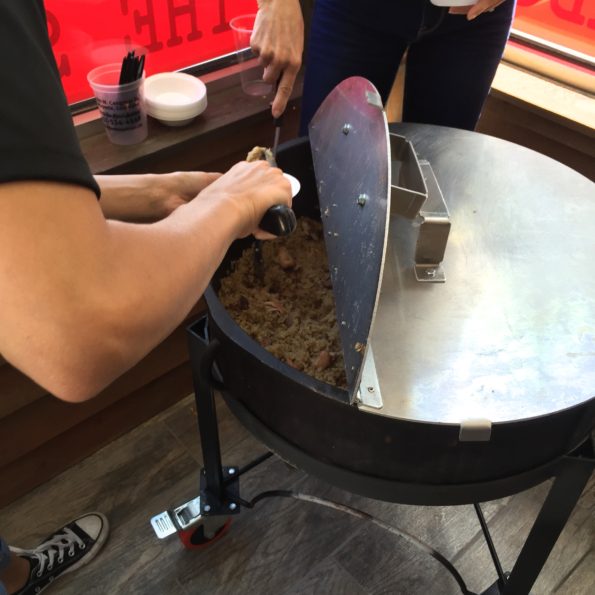 The Jambalaya Shoppe had their grand opening this past weekend. We happened to stumble on the grand opening when some of my friends and I were attending a Women’s Conference at the church we attend.

We took a break for lunch and decided to check out The Jambalaya Shoppe. 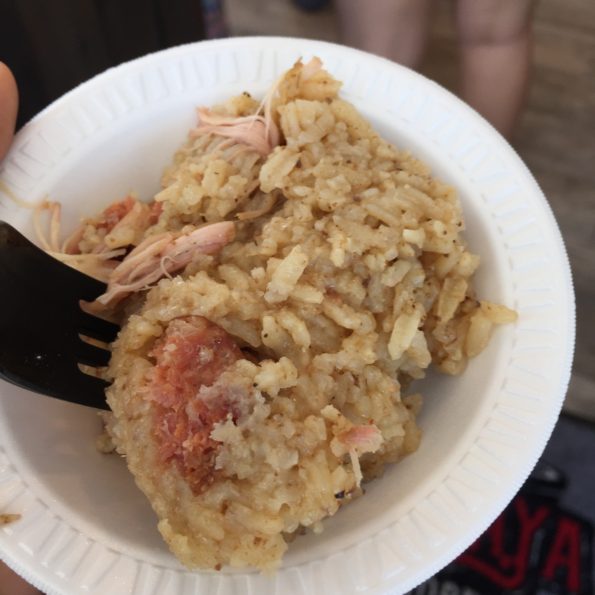 As we entered the building there were two ladies serving jambalaya out of big black pot. Each customer was served a bowl of jambalaya. The Jambalaya was seasoned well and very tasty. A delicious bowl of Jambalaya. 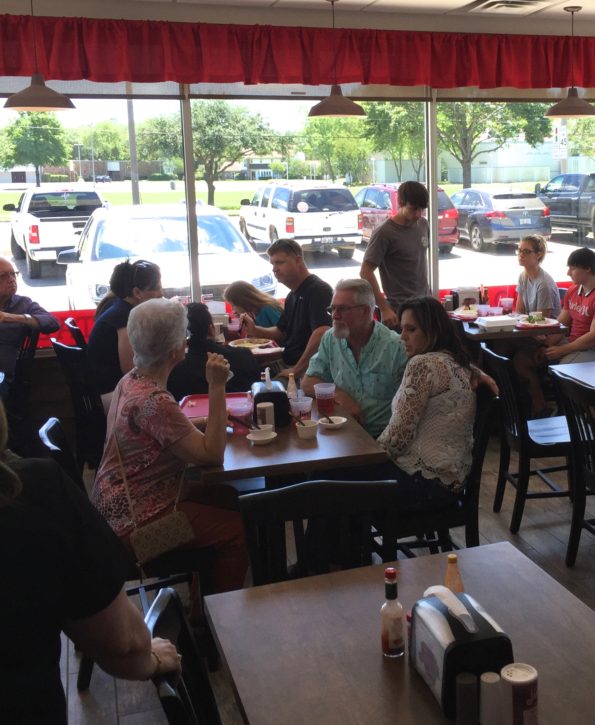 We ate our Jambalaya while we waited in line. There was a really good crowd of customers when we walked in. Our group consisted of about 14 ladies, luckily when we were ordering other customers were finishing up. We were able to put a few tables together for everyone to dine as a group. 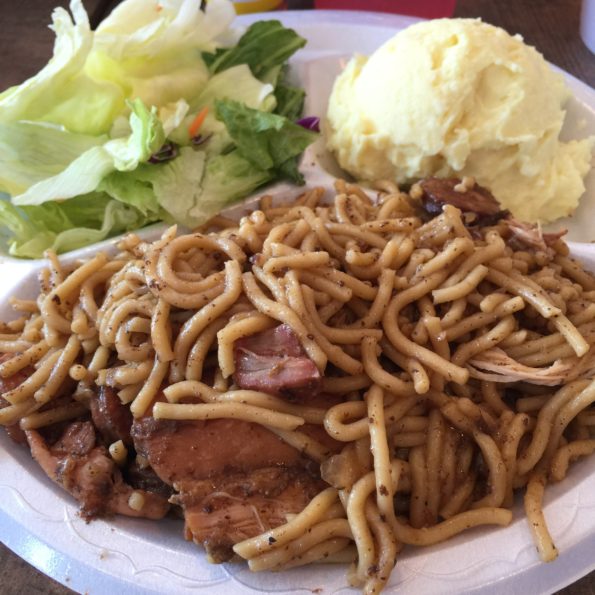 For my meal, I ordered the Shoppe Combo. The Shoppe Combo included Pastalaya or Jambalaya with file gumbo, green salad, potato salad and a roll.

The Pastalaya was superb. It was Pasta with Chicken and sausage. I have never had Pastalaya before but I really enjoyed it. Seasoned well. 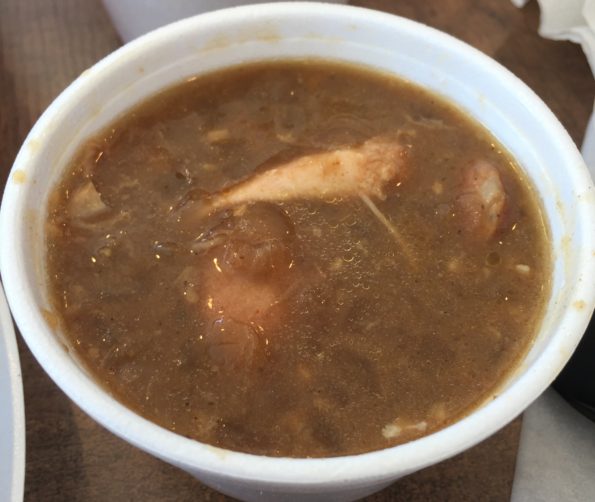 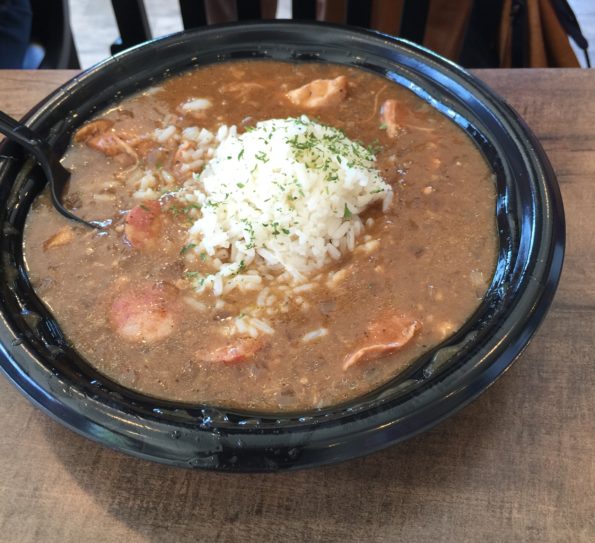 My friend Holly tried the Chicken and Sausage Gumbo as well. Pictured above was her gumbo. The gumbo looked awesome. She really enjoyed her gumbo. 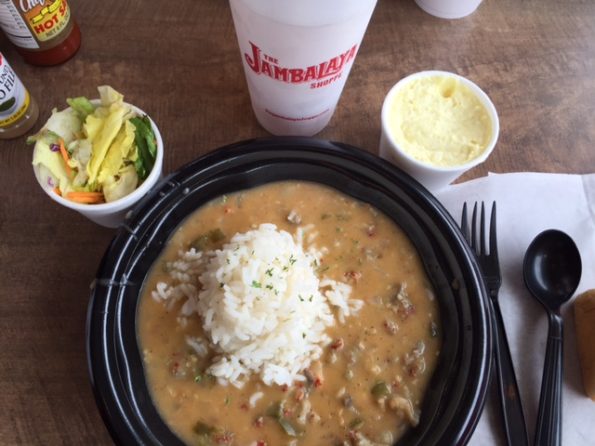 In addition to these Entrees, my friend Patricia and I went on a separate occasion and their was a daily special, Crawfish Étouffée. The Crawfish was seasoned perfectly, The Étouffée was served with rice.

The Entree was served with two sides, green beans, potato salad and a roll. A really good plate of food. Reasonably priced as well. 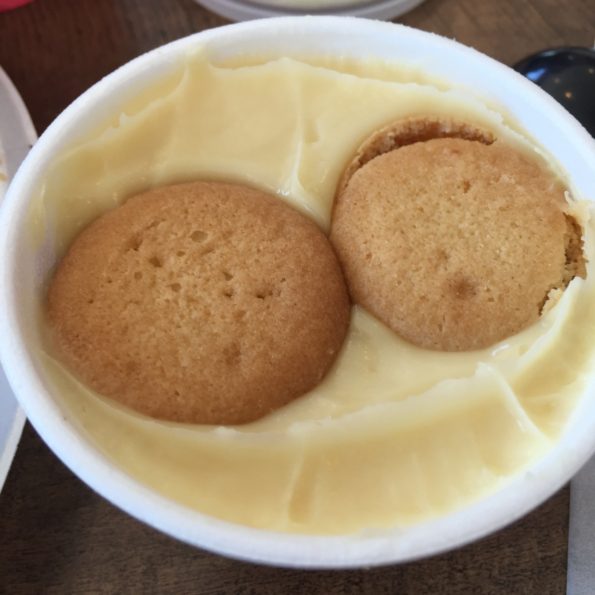 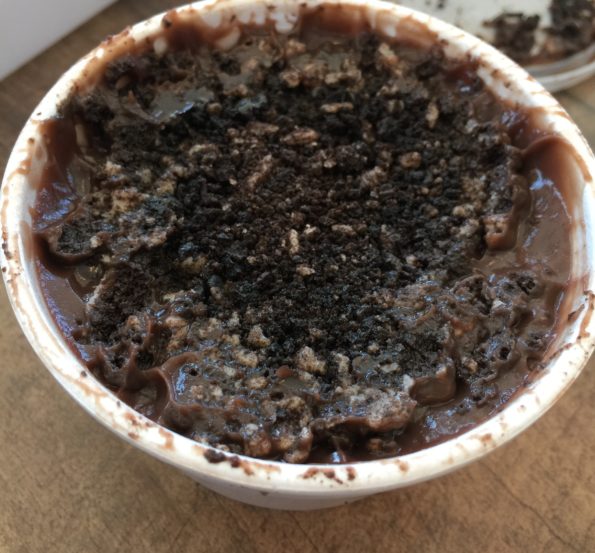 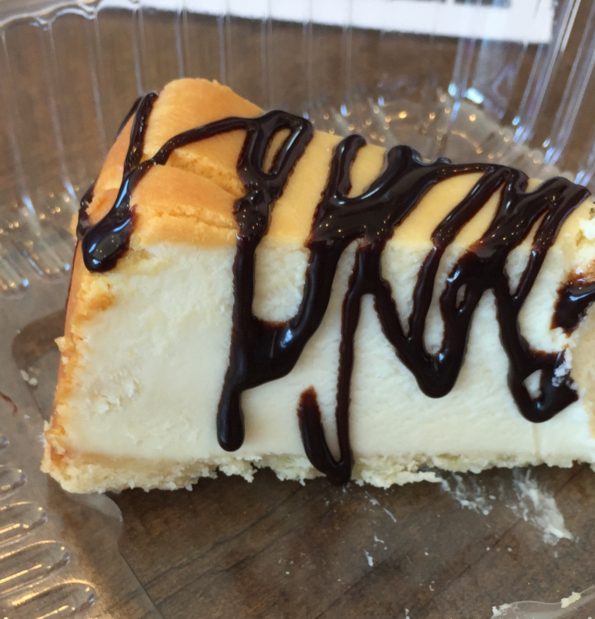 One of the young girls tried the Cheesecake. The Cheesecake was served with a Chocolate sauce.

We shared the desserts, nothing really stood out. But they weren’t bad, but the desserts could be better.

Overall our time at the Jambalaya Shoppe was wonderful. The staff accommodated us well. The ladies loved their entrees. No complaints from anyone about the entrees.

The ones who tried the desserts all agreed that the desserts were just average. But that’s ok, room for growth.

The menu offers a variety of options to choose from. The restaurant have other menu options that are not jambalaya.

In addition, if you are hosting a party or serving a large group, be sure to keep The Jambalaya Shoppe in mind. They have a few items that would work for large parties. 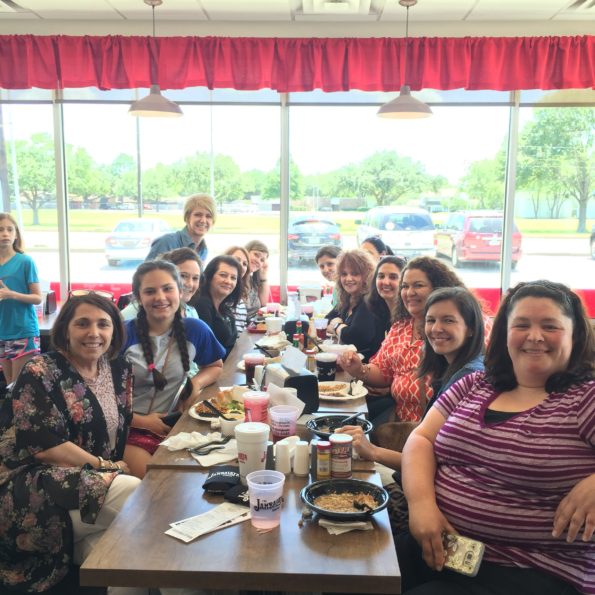 Prior to leaving we chatted with Mrs. Dana Topham. She shared with us about the catering services and party options available.

Before you leave the restaurant, be sure to take a selfie with your friends in front of the nicely decorated area and use the hashtag #JambalayaLover . 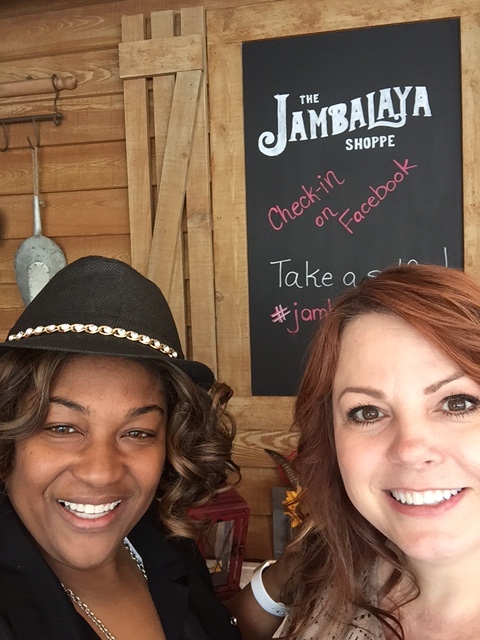 The Jambalaya Shoppe is located at 4150 W. Congress Street, Lafayette, LA. The Restaurant Hours are Monday-Saturday 11:00 am – 8:00 pm. Closed on Sundays.