Freddy’s is a privately owned and family oriented restaurant with a tasty menu that is combined with exceptional guest services and cleanly restaurants.

The very first Freddy’s opened in Wichita, Kansas, in 2002. Freddy’s restaurants each sport a classic red and white color scheme. With the exterior of the building featuring red and white awnings, red neon lights and Freddy’s Signature frozen custard cone. 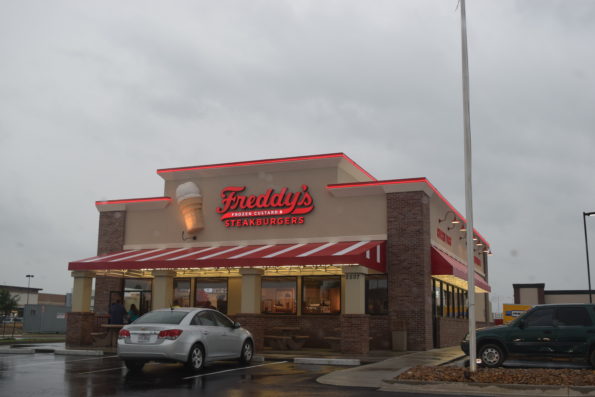 With the retro look inside of cushioned, red vinyl booths, stools and chairs, complete with chrome backs and legs. Reminded me of an old diner, a cool look.

The floors were black and white checkered tile that complemented the walls that held genuine photos of the original Freddy and his family. 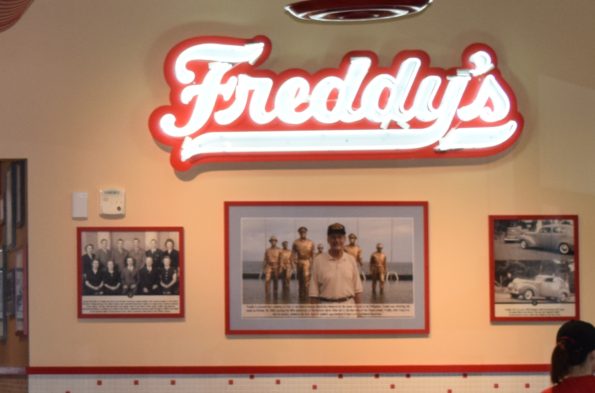 I love the fact that the business model revolves around genuine guest hospitality and service with a smile. A great model, because those two things are qualities that are important to the restaurant industry. The employees definitely embodied these two qualities. 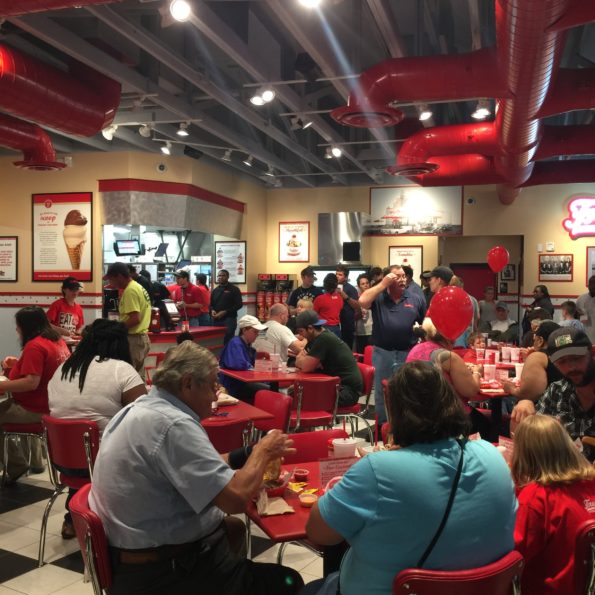 Freddy’s Frozen Custard & Steakburgers is a fast casual restaurant that is known for their premium, lean, ground beef Steakburgers and desserts.

Their branding concept is “The Taste That Brings You Back”. 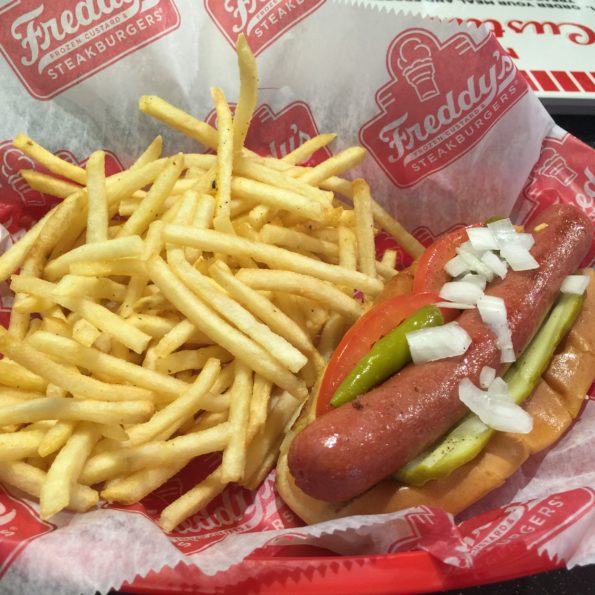 The hot dog was pretty good. My husband doesn’t like mustard and relish so his hot dog didn’t have those condiments on it.

Taste wise it was a good hot dog. The dog was prepared and presented well. Also served with shoe string fries. 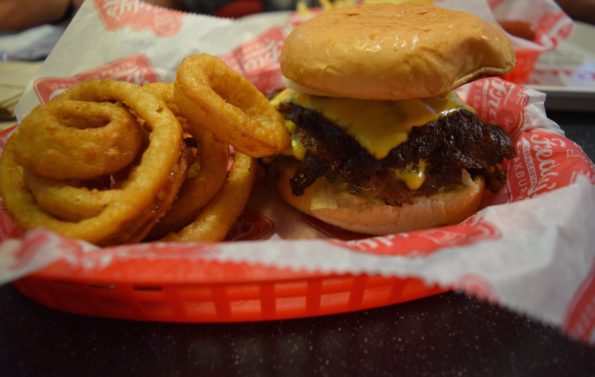 I ordered the Double Steak burger California Style. The burger was served with two Steak burger patties, cheese, a full slice of onion, Freddy’s sauce, lettuce and tomato served on a toasted bun.

The thin Steak burgers were different. It was the perfect amount of meat and toppings. I enjoyed my burger. I ordered onion rings instead of fries. The onion rings, fried and crispy. Very good onion rings.

Other food favorites include chicken tenders, Chili Bowls, a Patty Melt or a Grilled Chicken Breast Sandwich. If you aren’t a meat eater don’t worry there is something for you, Freddy’s Veggie burger with Freddy’s Sauce, cheese, sliced onion, lettuce and tomatoes. 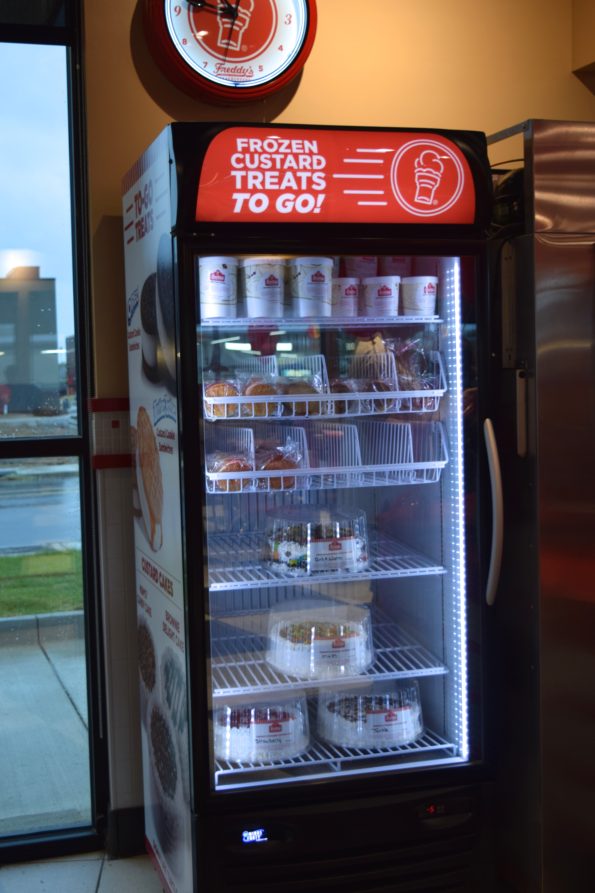 Freddy’s is also known for their delicious desserts. We tried the frozen custard. For those who may not know what custard is, frozen custard originated on New York’s Coney Island. Custard is not ice cream, in fact it is creamer, smoother and richer than ice cream.

The Custards at Freddy’s include toppings like chocolate fudge, caramel, candy and fruit. The custard was very similar to soft serve ice cream, but better. 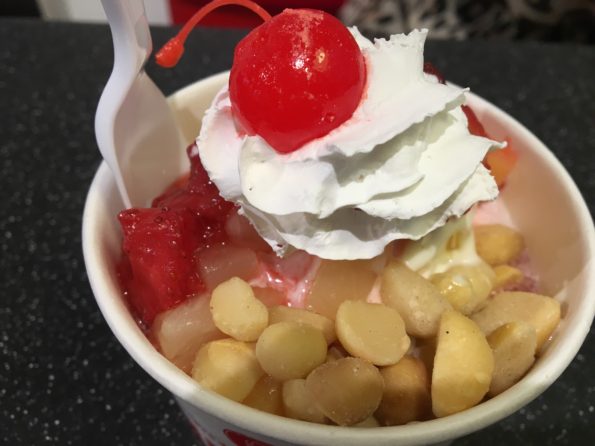 My husband ordered the Hawaiian Delight Sundae. The sundae included fresh and creamy vanilla custard, pineapple, strawberry, coconut, macadamia nuts, whipped cream and a cherry. We ordered this one without the coconut.

This dessert was so good! Yummy yummy indeed. I can’t wait to go back and get another one. 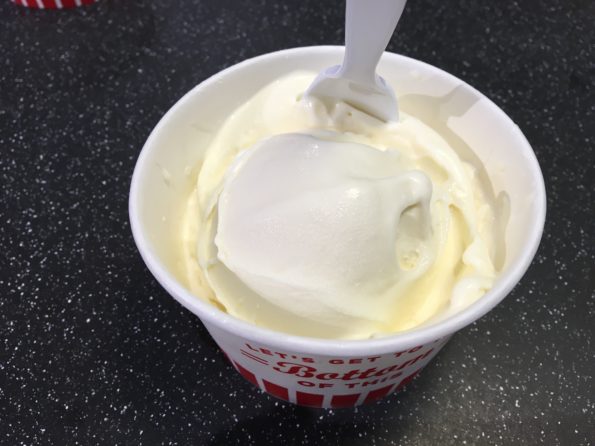 I ordered the plain Vanilla Custard, pictured above. The custard as I stated earlier is a creamy and rich flavored dessert. Very good even without any toppings on top.

One nugget, if you order custard with your meal, be sure to ask the cashier to hold the custard. What that means is that you can go back and pick up your custard after you finish eating your meal. Instead of watching the custard melt.

In addition, Freddy’s has a drive through window if you want to eat on the go. 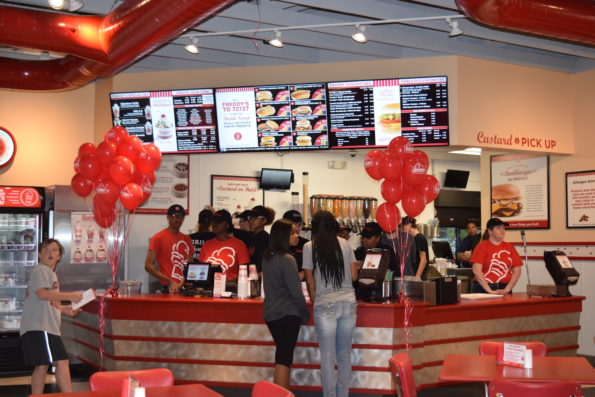 For the kiddos, buy a Freddy’s Cool Kids Club T-shirts and wear the shirt anytime you buy a kid’s meal and receive a free Oreo custard cookie sandwich, a cone, or a dish of custard. Pretty cool for the kiddos. 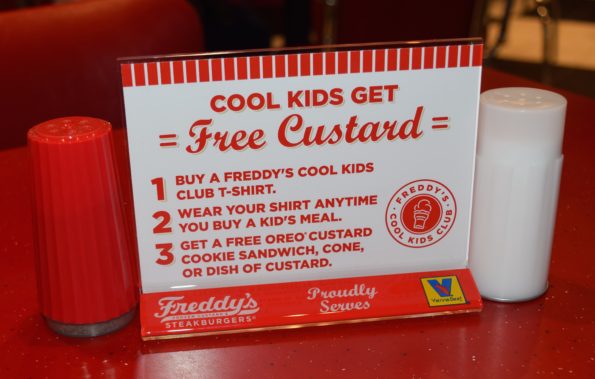 Overall we thought that Freddy’s was a nice restaurant. A great place to take the whole family for a cool, relaxed dining experience. The food was good. Though there was nothing that wow’d us. We definitely agreed that it will be a place that we want to take our children. 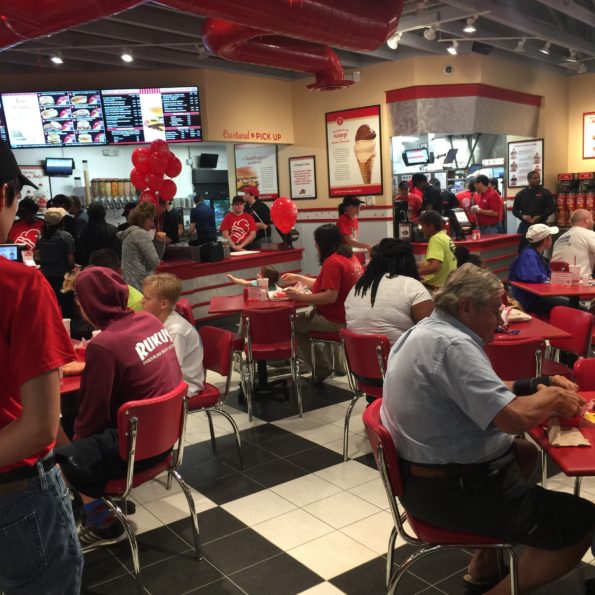 Freddy’s Custard and Steakburger is located at 2507 Kaliste Saloom Rd, Lafayette, LA 70508. Another location is already in the works near the Cajun Field at 521 Bertrand Drive. 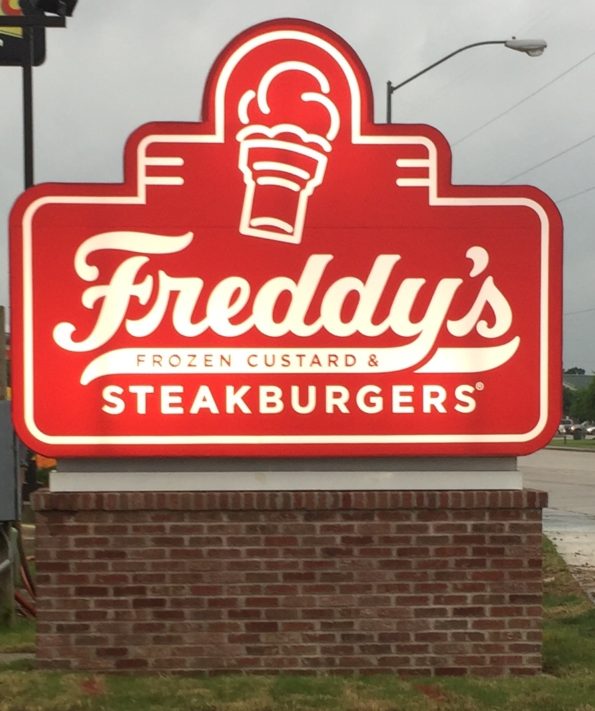 When I think of comfort food, this classic is alwa

I do love making my own Pop-tarts. I recently crea

On any given week you will find me preparing some

Hello Fall! The first day of Fall is tomorrow. OMG

Our daughter loves Lasagna. One of her birthday tr

My daughter is officially 14 today. Oh my gosh. Ti

Sunday’s are for Church and Family Lunch. My cre

Fridays are normally my husband and I’s Date nig

Is it Fall yet? I am so ready for Fall. From coole

I am so excited to share this restaurant. My husba

A classic meal hits different. Instead of my norma

We are officially in the routine of School and Vol

It’s the first Thursday night football of the se

Wellness Wednesday is here again. I’m back with

College Football has officially kicked off! My LSU