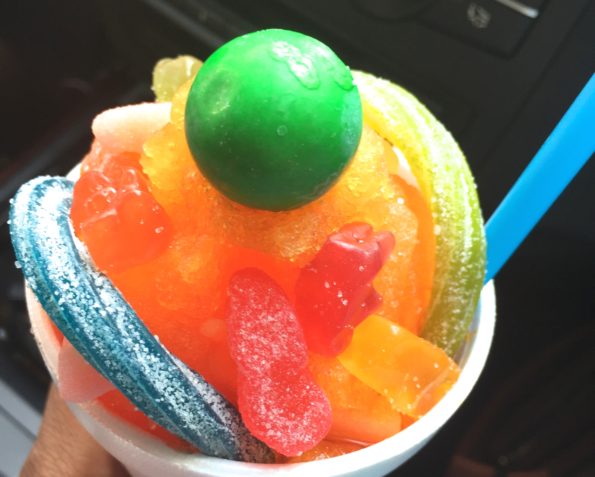 The Big Chill is a snowball stand that has been around for a long time. My family and I would often take the drive to Breaux Bridge to pick up a snowball when we lived a little closer.

One Saturday we had lunch on the Northside. After running errands, we decided to take a ride to Breaux Bridge. It was such a pretty day and too nice to be in the house.

The weather was beautiful and the traffic was light; a perfect day for a cruise. All we were missing was a convertible or jeep with the top down. 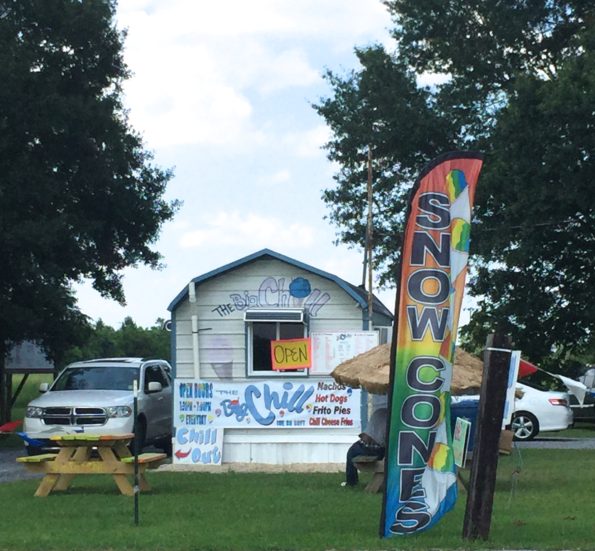 We arrived at the Big Chill. The spot looked exactly as we remembered. Same look and a long line. When you see a long line at a Snowball Stand, you know that they know what they are doing. 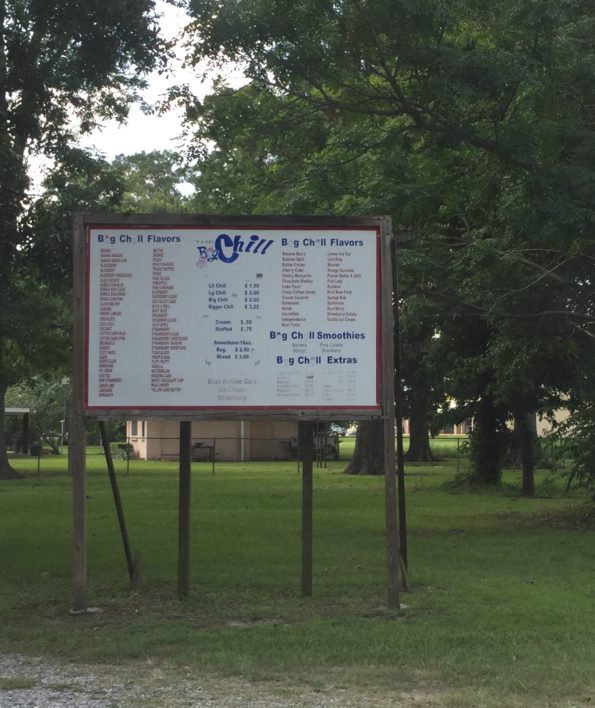 After about 2 minutes in line the line expeditor came and see if we knew what we wanted. I tend to stick with the same thing no matter where I go, Strawberry Cheesecake. But I decided to look at the board and see if there was anything else that  I wanted to try.

The expeditor returned and we were ready to order. 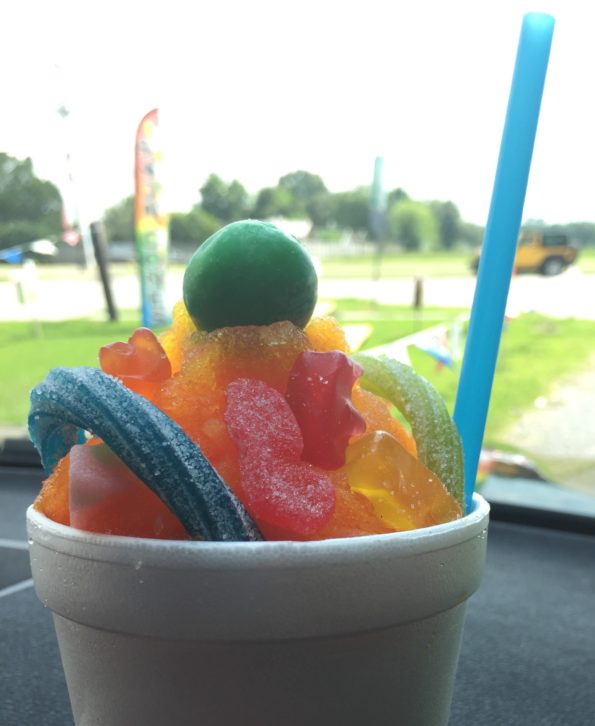 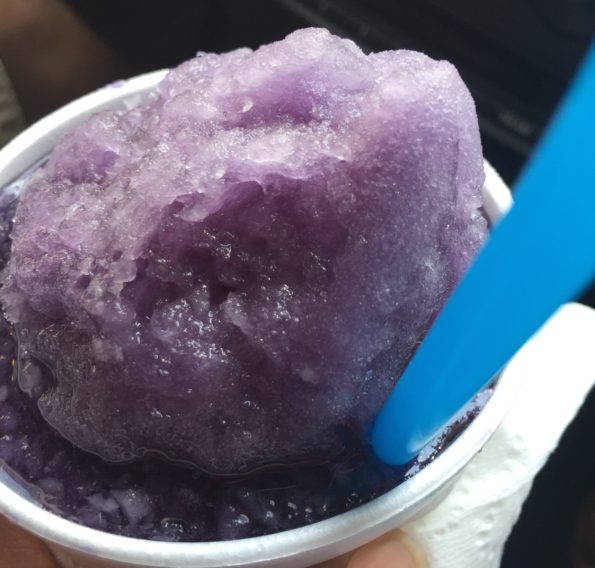 The hubby ordered the Blueberry Cheesecake. He wanted the one with the cheesecake but I guess the lady didn’t understand that he wanted the loaded one. But he said the snowball was just ok. Not his favorite but it was good. 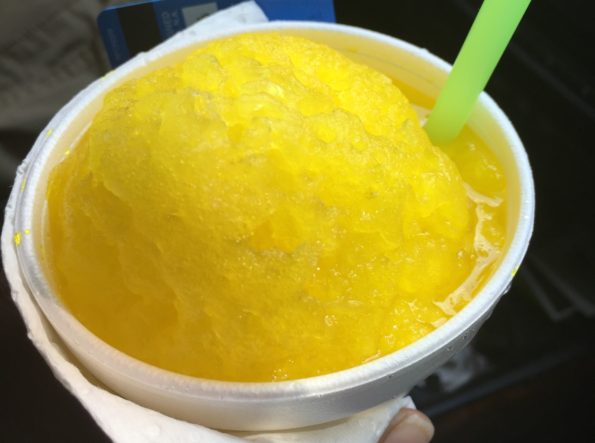 My stepdaughter ordered the Ice Cream Snowball. The ice on this snowball was shaved perfectly and had that right amount of juice. Yummy. 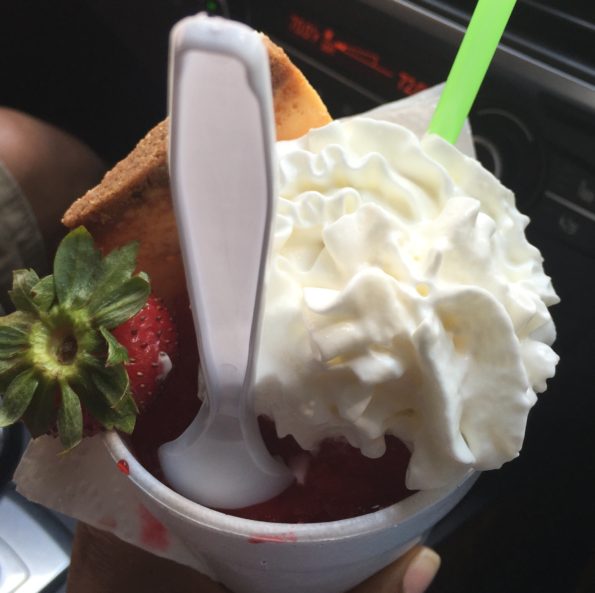 I ordered the Strawberry Cheesecake loaded. The strawberry cheesecake snowball was presented well. Yummy like most of the Snowball stands around. The only complaint is the cheesecake did not taste homemade and the snowball had a refrigerator taste. 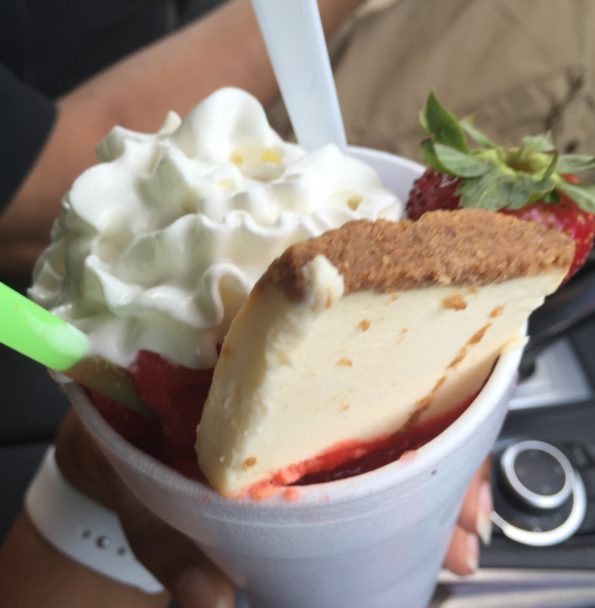 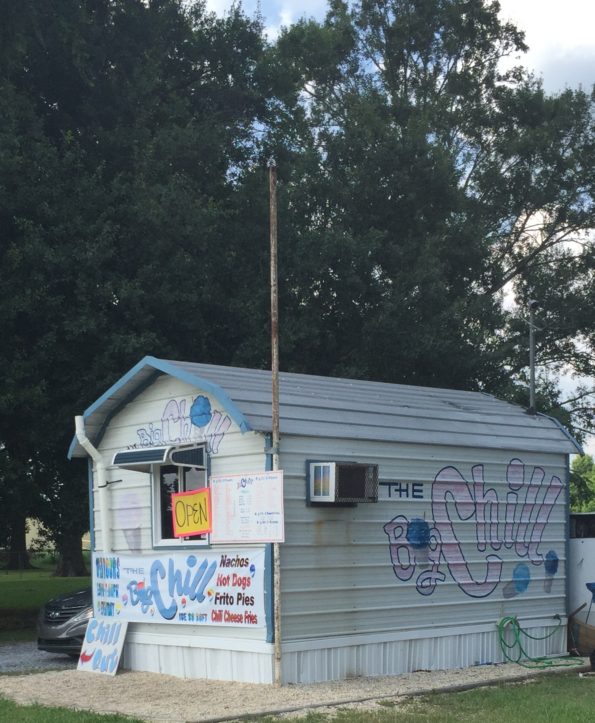 Overall The Big Chill was yummy and refreshing on that hot Saturday. One complaint was that the expeditor needs to make sure she understands what the order is before leaving the vehicle. Also The Big Chill serves really good Snowballs, but the appearance of their location could use a facelift. I haven’t been in about 4 years or so and the appearance has not changed. This is just a suggestion but a paint job, flowers and refreshing the menu outside would go a long way.

Other than that, the service was quick and the people are really nice. 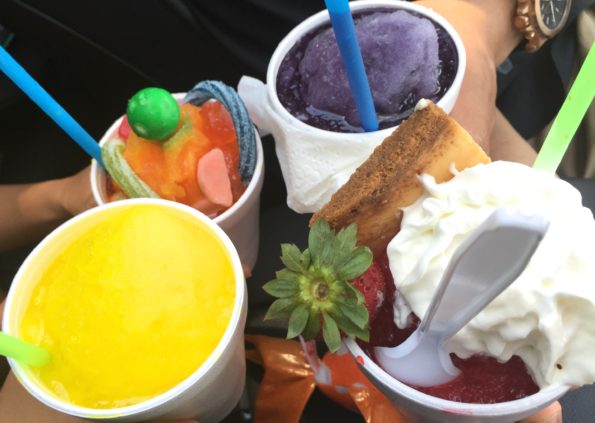 The Big Chill is at the top of my list for the best snowballs in town. We don’t go often because of the distance it is from our house. But the snowballs do not disappoint. 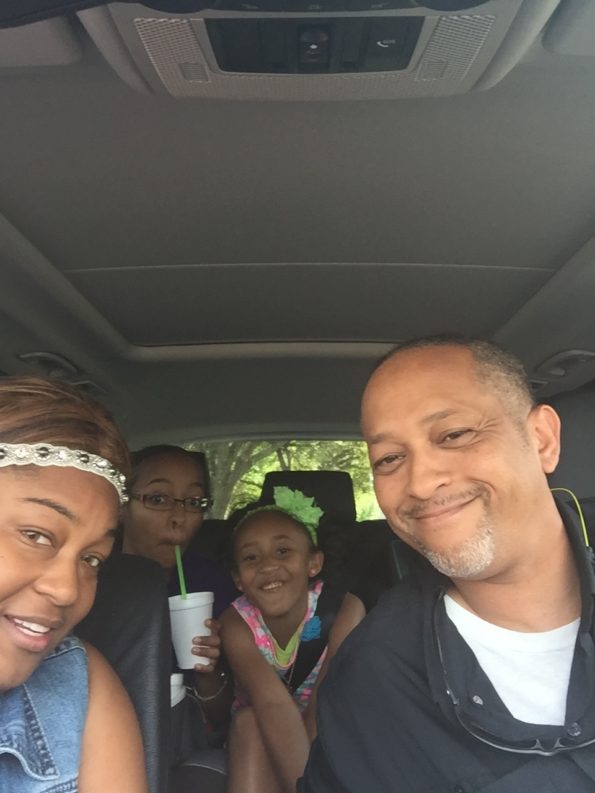 The scorching heat is in full effect. Treat yourself to a snowball at The Big Chill and be sure to tell them that Da’Stylish Foodie sent you!

Chicken tenders are something that my kiddos love.

This is the Day that the Lord has made, we should

Today’s blog post is all about our visit to Ring