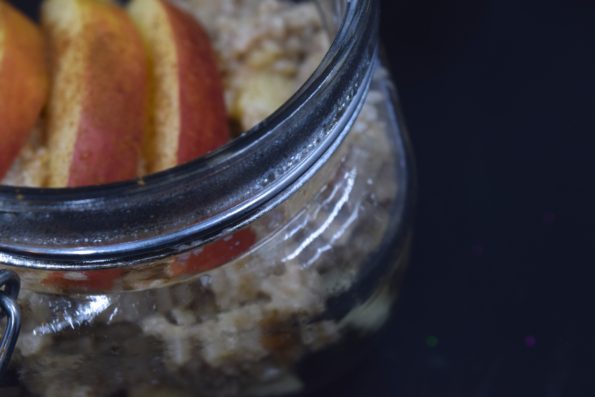 As a child, we ate oatmeal often for breakfast. My mom left early for work in the morning and she wouldn’t have time to make us a homemade breakfast, so we would eat the fruit oatmeal in the pack. Fruit oatmeal has always been something I have enjoyed for breakfast.

Unlike my mom, I have a little more time in the morning before bringing the kids to school. I like to prepare a healthy meal for the kids for breakfast. Baby girl is not much of an oatmeal eater, but Z-man loves Oatmeal.

For breakfast yesterday, I decided to make some homemade oatmeal for him to eat. The oatmeal was a hit with him. I didn’t have time to sit and eat my breakfast, but I had just purchased a new storage glass jar from World Market. I used the jar to prepare my breakfast and eat on the go.

Below is the recipe for the Apple Cinnamon Oatmeal that I prepared for the little guy. 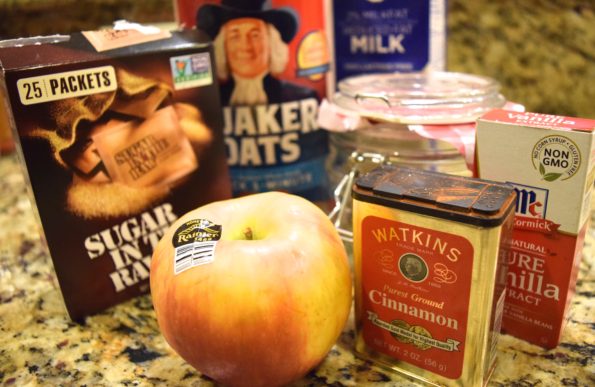 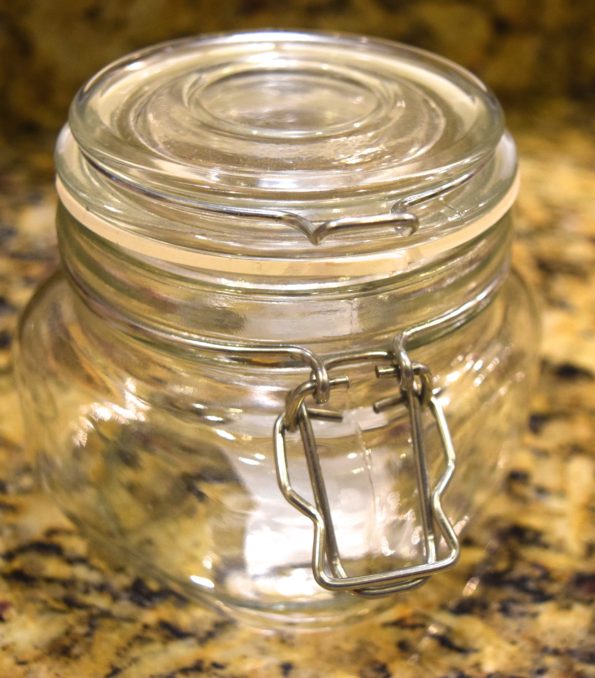 Serve in a bowl or in a mason jar to eat on the go. Garnish with pecans and extra apples.

Variations of the oatmeal would include blueberries, raspberries or your fruit of choice. 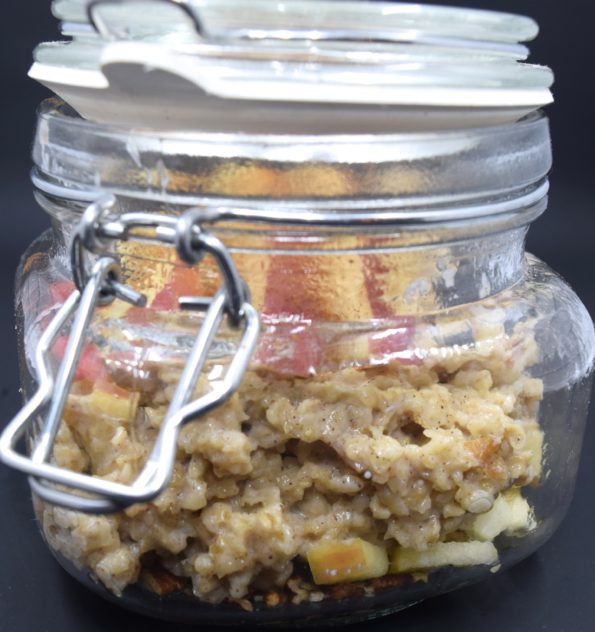 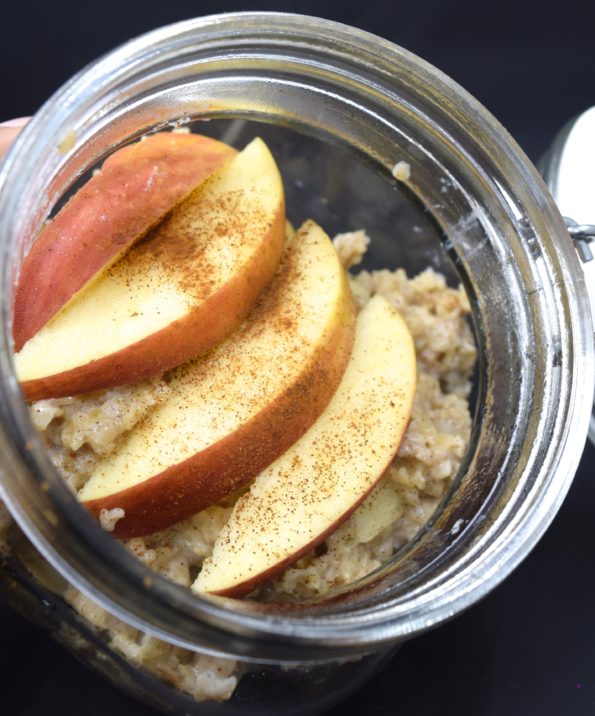