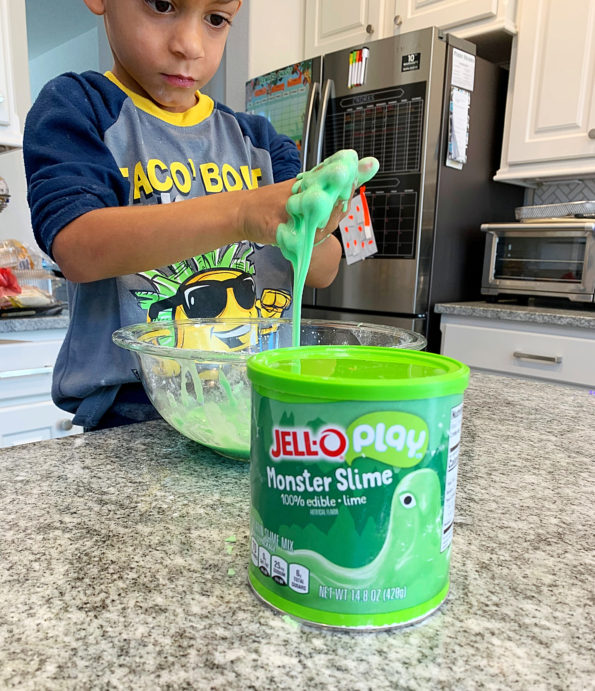 It’s official Thanksgiving break! We are so excited about having some down time. But for some moms now what do I do to keep these kids busy? Most moms don’t want their kids in front of gadgets and video games all day.

Today, I am sharing a product that keeps my son busy for at least 30 minutes or more.

My son loves playing with things with his Hands. Rice, Sand, Water and Slime. 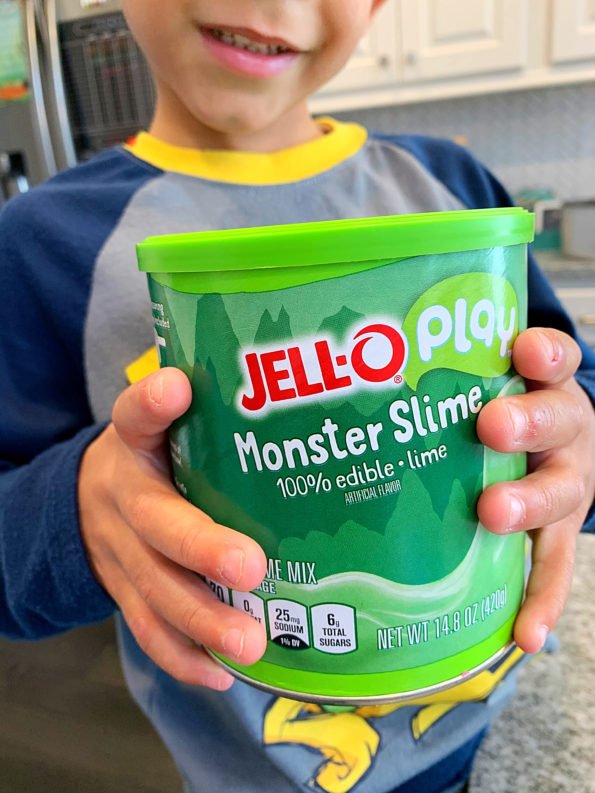 Recently he and went to the store and he saw the JELL-O Play Monster Slime. He just had to have it.

So I agreed but I told him he had to wait till the weekend. 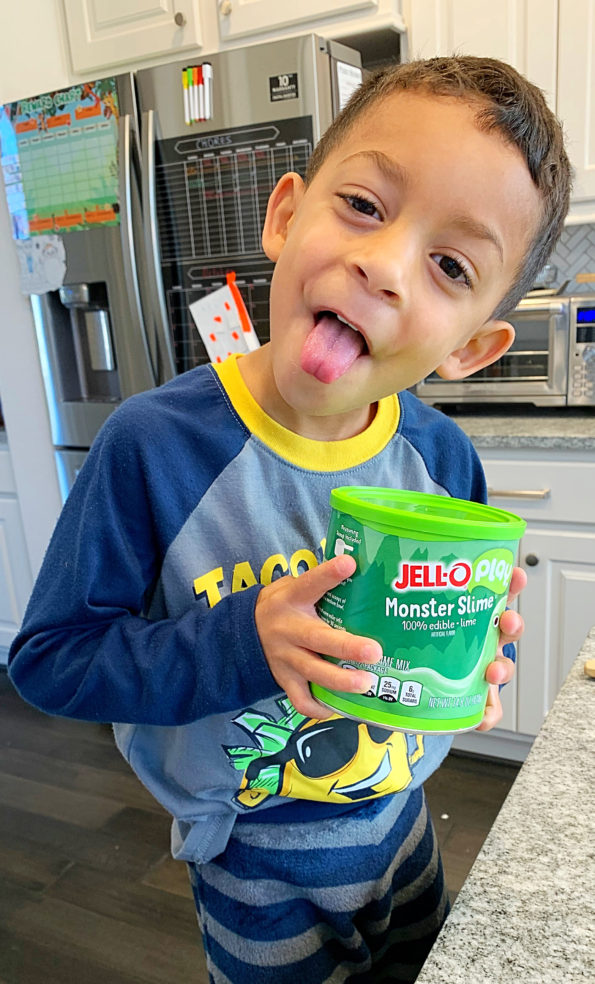 A few Sundays ago, we set aside some time for him to make the slime and play. 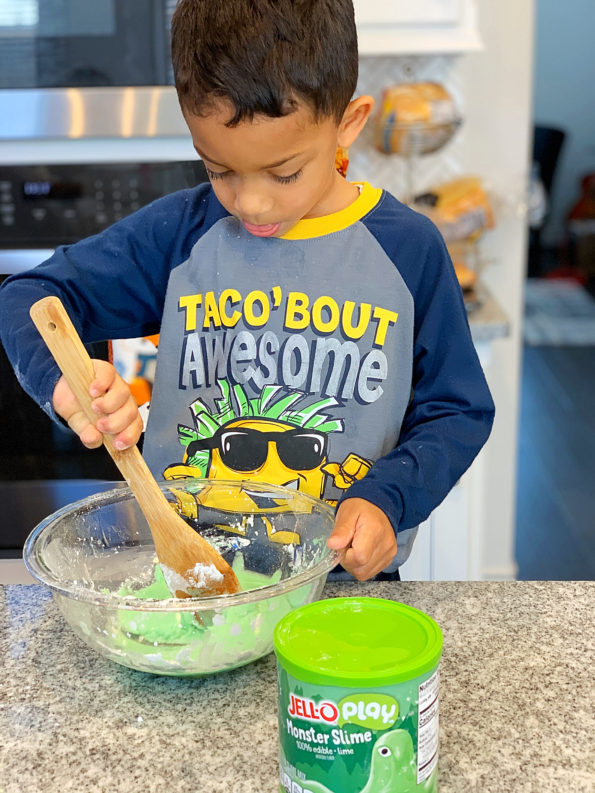 It was super easy to make. He did most of the work himself. 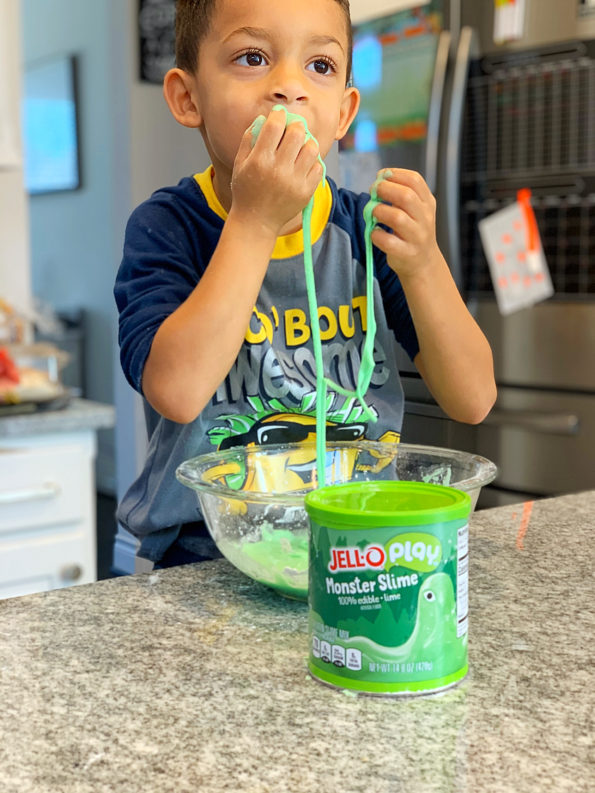 The Slime is also edible. My son tasted it one time but wasn’t interested in eating it again after that. He was more mesmerized with playing with the Slime. 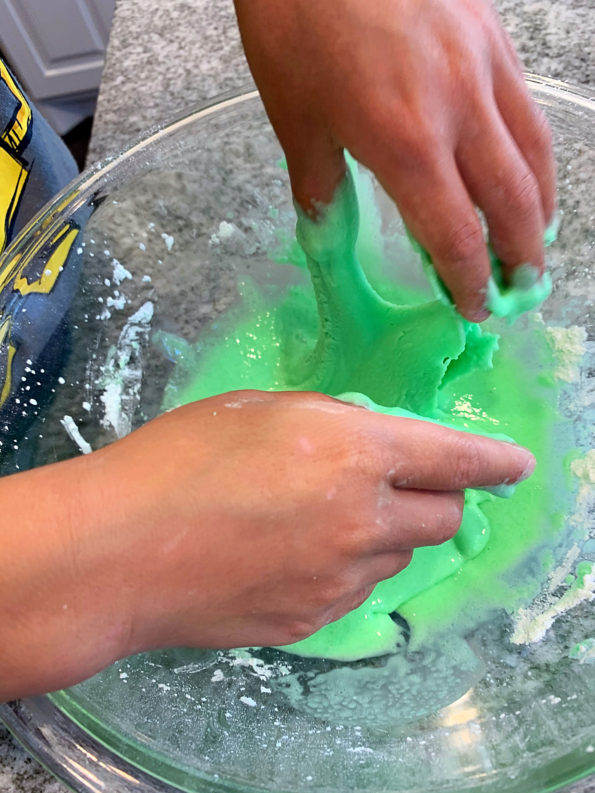 Super fun activity to do with the kids. 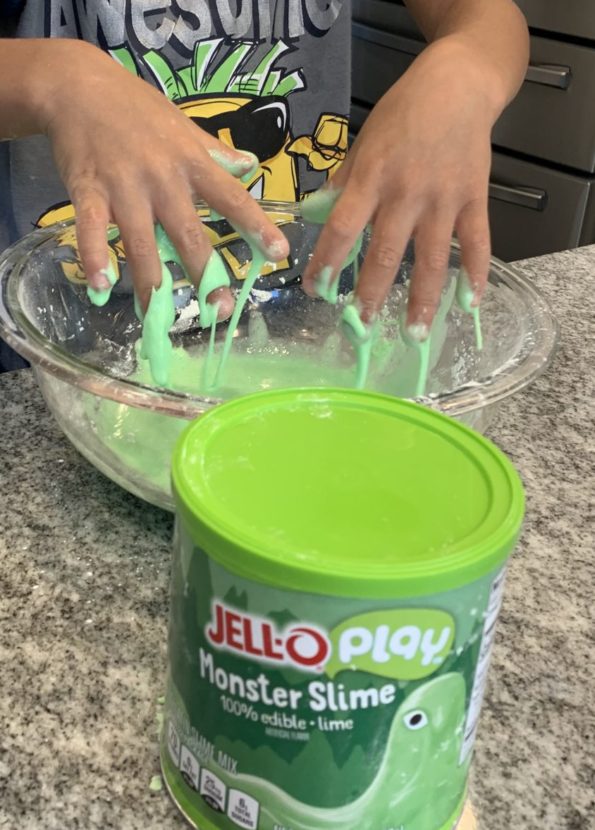 For lots of fun, I recommended.  He absolutely enjoyed the slime.

They also make a Unicorn version for girls.

I will say that that my only complaint was that the recipe according to the package needed to be tweaked. But it was a blast for him!

These can be purchased at Target and Wal-mart. 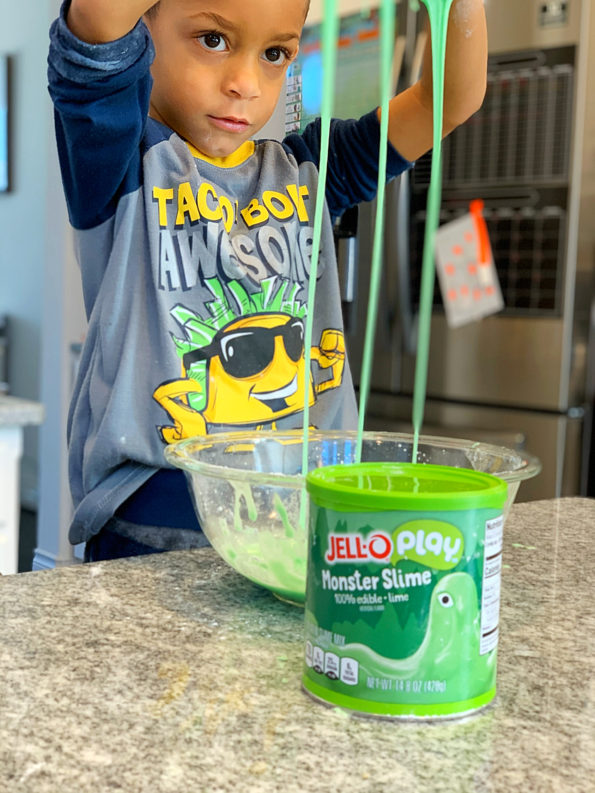 Have a fun kids product you want me to try and share? Email me at Dastylishfoodie@gmail.com.

This past weekend my family and I spent an afterno

New product on the blog, Pressed Juicery. The perf

Key lime pie from @houseofpiestx in the Woodlands.

Kicking back with a new cookbook this afternoon. T

Soaking up the last few days of Summer before we g

#Ontheblog today, BareOrganics are all about real

My first Instagram Reel. My quick and easy chicken

New recipe is up! Some days you create the perfect

#ad Many kids are preparing to return to school e

It’s a Rainy Day here in Houston. Spent the day

As promised, my Sweet Heat Pasta salad is on the b

There is just something so yummy about a hot apple

Saturday’s are for grilling!! Today on the blog