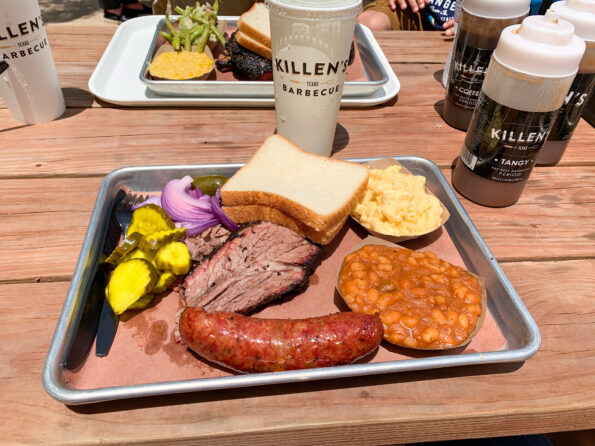 We are a week away from 4th of July. I feel like the best way to kick off 4th of July week is with a BBQ blog post. My family and I visited Killen’s BBQ the weekend of Mother’s Day. 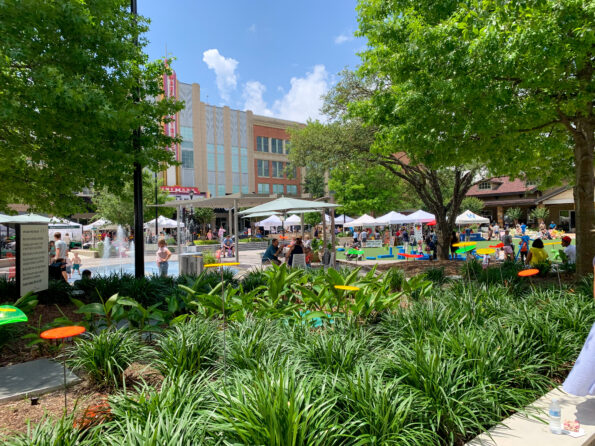 We were in the Woodland’s area for a Mother’s Day event. 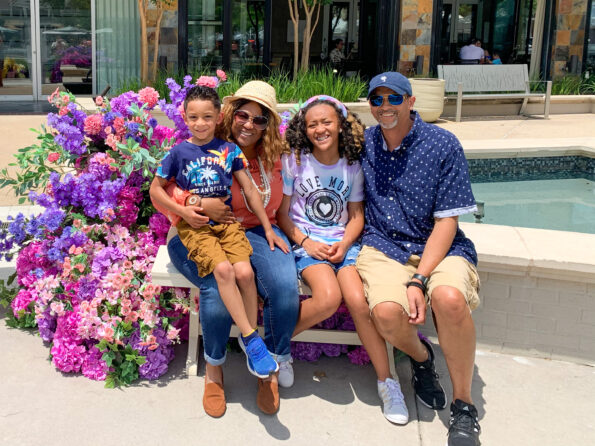 It was such a fun time. 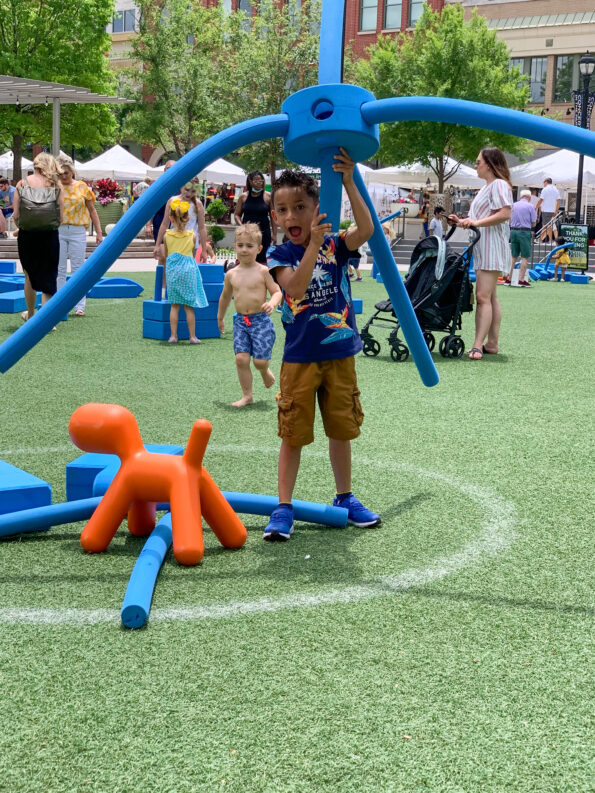 We decided to stop in for a late lunch at Killen’s Barbecue. 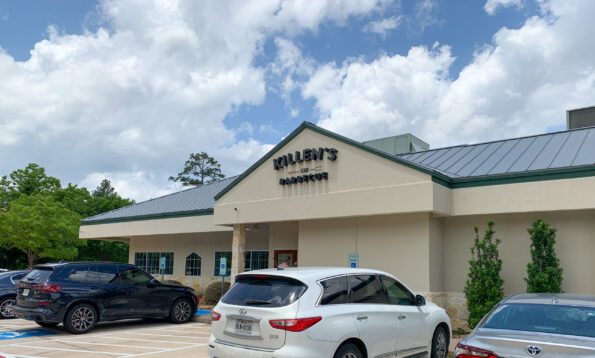 Killen’s has been on our places to visit for BBQ since we moved here.

Now full disclosure, we have tried quite a few BBQ places and haven’t been very impressed. Louisiana has delicious BBQ. We were told that Texas has the best BBQ but we have yet to find a favorite.

SO I have to say going in, Killen’s BBQ had a lot to prove. 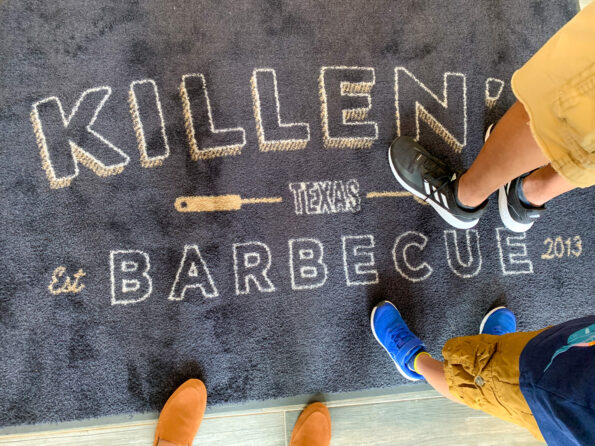 As we drove up, loved the upscale look of the exterior of the restaurant. 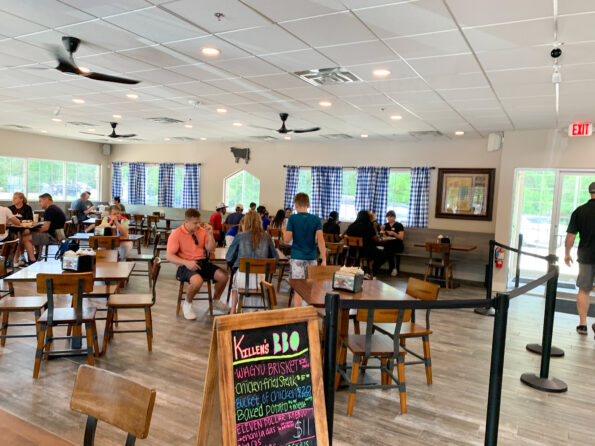 There was a line out of the door as we walked up. 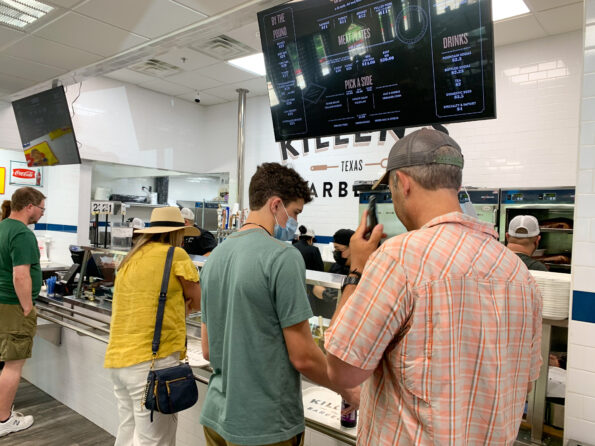 We begin looking at the menu board. The servers took our orders and began preparing our meals. 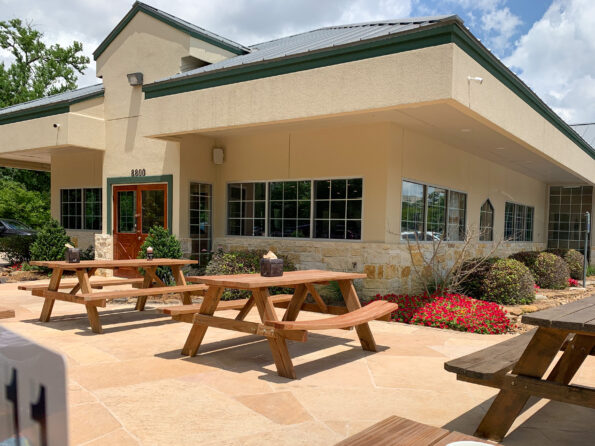 My family loves dining outside. So we sat outdoors on the picnic tables. There were about 6 picnic tables on the patio. Really nice. My only complaint is that it’s Texas and it’s HOT.

Umbrellas for the picnic tables would have been nice. There are trees in that area but they don’t shade the area very well. Just my opinion. I think it would make for a nicer dining experience outside. 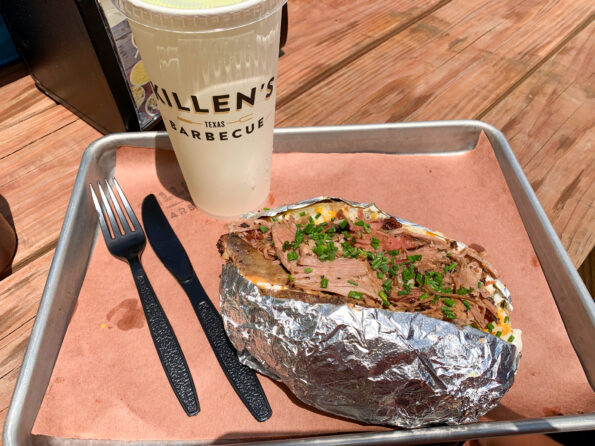 She loved this baked potato. Big enough for her to eat off it twice. 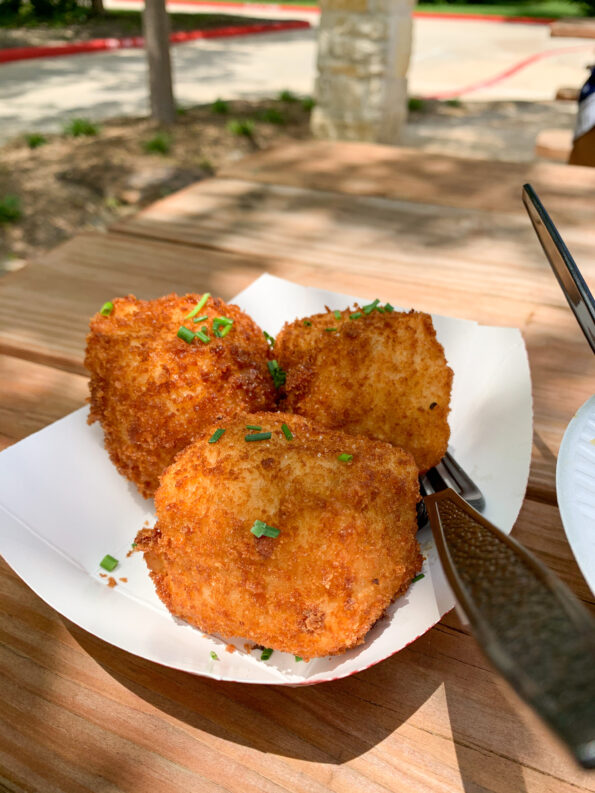 We ordered the Fried Mac and Cheese. The fried mac and cheese was delicious. The exterior was crunchy and fried perfectly with creamy mac and cheese on the inside. Yummy goodness. 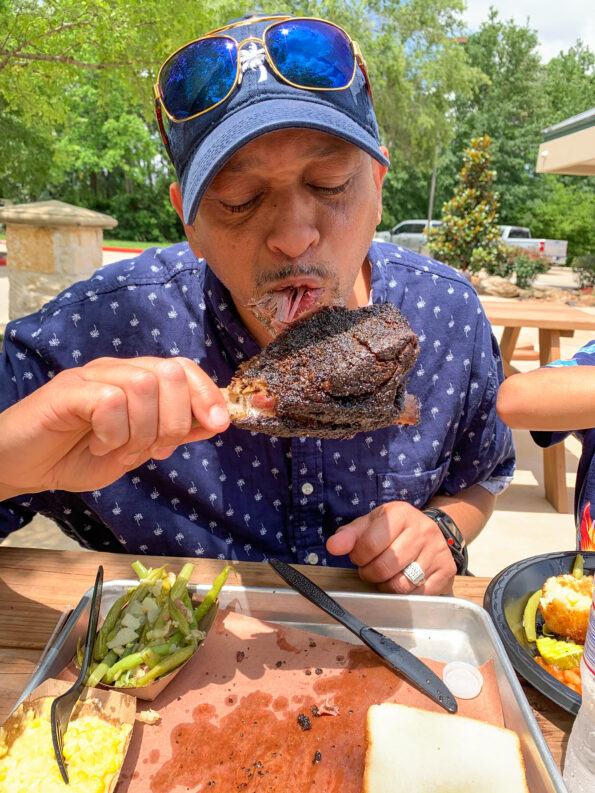 My husband ordered the Beef Rib. The beef rib was huge. The exterior of the rib was a little too hard for his liking. But the inside of the rib was cooked nicely and seasoned well. 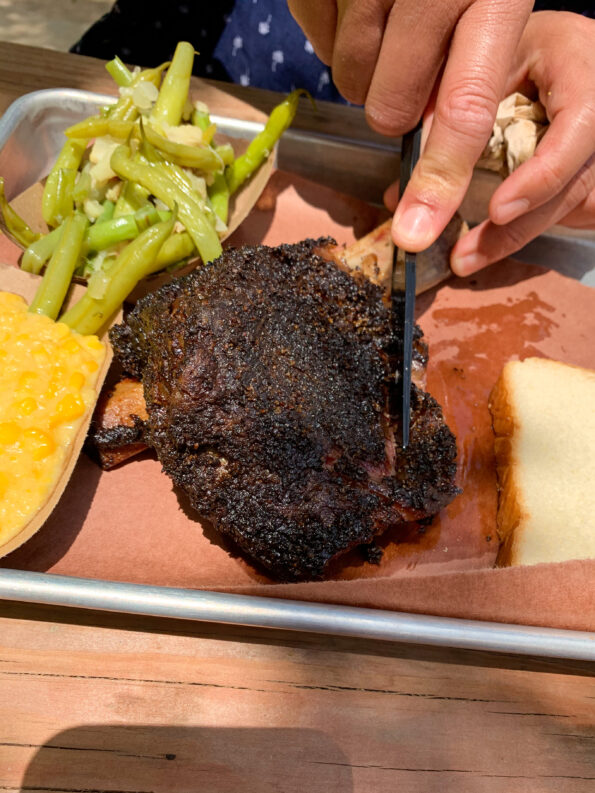 He ordered green beans and corn for his side items. Both side dishes were good. 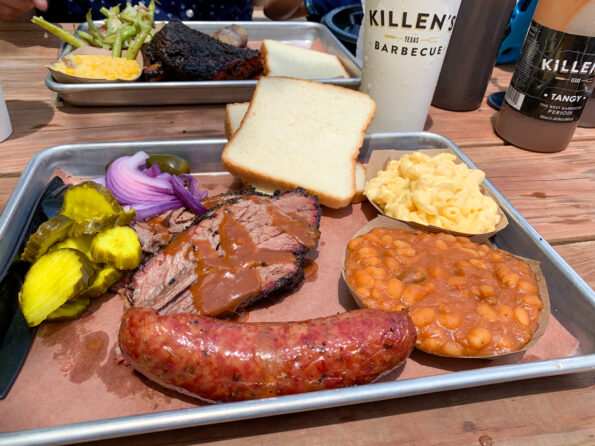 My son and I shared the 2 meat plate. We ordered the homemade sausage and sliced brisket. Our sides were mac and cheese and baked beans. With a side of pickles, onions and jalapenos.

Our 2 meat plate with the sides was absolutely delicious. 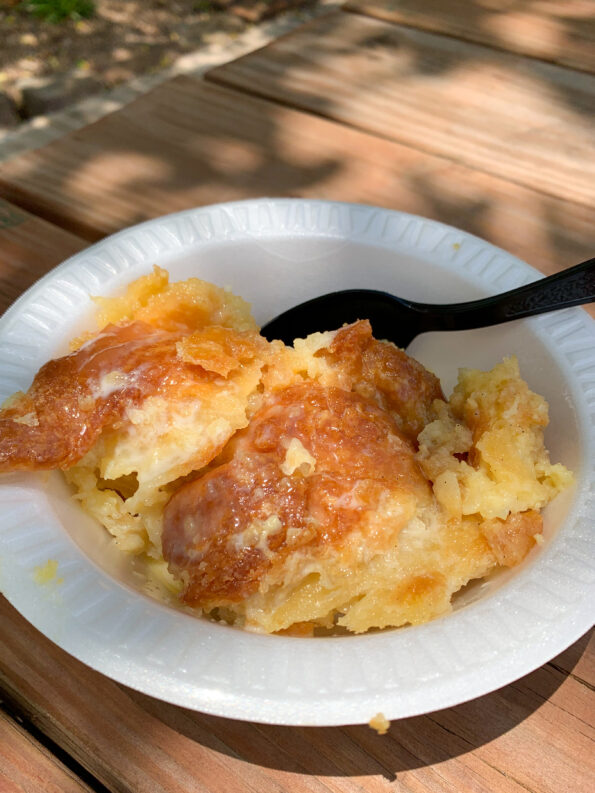 For dessert we ordered the Bread Pudding. The bread pudding was just ok. 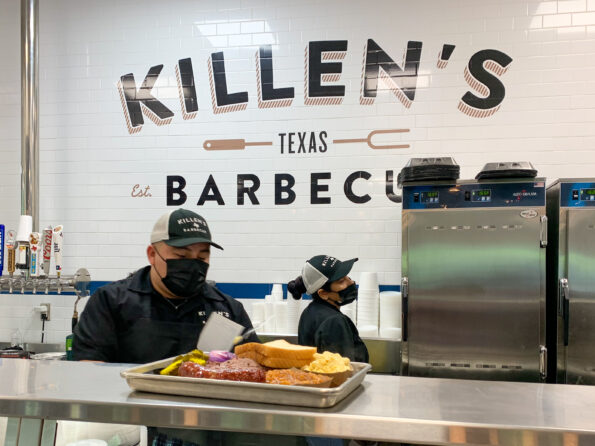 Overall our dining experience at Killen’s was superb. The food was really good. Killen’s has delicious food. Some BBQ places have good meat but their sides suck, not Killen’s. The sides were so good! I love that they had a variety of sauces.

The service was great. The staff was very accommodating and helpful.

Killen’s definitely lived up to the hype. We would definitely dine there again.

Killen’s has a few different locations. We stopped in at the Woodlands location, 8800 Six Pines Drive, The Woodlands, TX 77380.

The Hours of Operation are closed on Mondays and Tuesday – Sunday 11:00 a.m. – until they sell out.

Go check them out and be sure to tell them that Da’Stylish Foodie sent you.

DO you have a BBQ spot that you recommend we try? Email me at dastylishfoodie@gmail.com

If you’ve been following me any length of time y

Step up your Charcuterie Board game with this Fogh

Visiting coffee ☕️ shops is one of my favorite

I have to admit Life has been pretty crazy and hec

Sunday Funday calls for Fun stuff!! My family and

We love Seafood. At least 2-3 times a week we eat

My family and I stopped in at Dream Wings. 📸: D

My kids love Chinese food. This dish was created

My family and I stopped in last weekend at Postino

Dill and shrimp go together so well. I received so

Now THIS is a tasty burger 🍔 📸: Texas Toast

It’s hard to believe that Mother’s Day is here

The Texas Heat is definitely upon us. It will be a

My family and I stopped in at Esther’s Cajun Sou

Sunday Roast is something that I always loved that

Soaking up the Sunshine. 🌴🌴 Happy Sunday! .