A few weeks ago, I had the opportunity to spend some time with the Chefs/Owners of the Food Truck Live Action Deli. Live Action Deli is owned and operated by Chef Nicholas Glenn and Chef Reubin Sandberg. 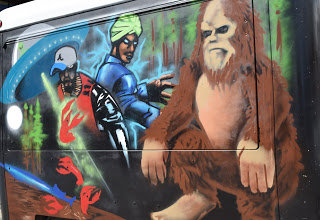 Chef Nicholas has an interesting story, he began cooking with his grandparents at age 13. His grandmother retired from the school board as a Cafeteria Worker. Once she retired he was cooking more and more with his grandmother. Which caused him to take cooking more serious. At the age of 16, he landed his first job in a restaurant. As the years past, he became more and more passionate about cooking. 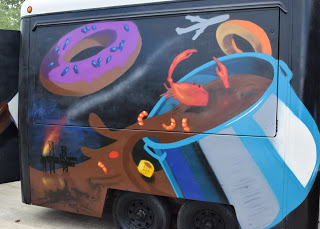 Prior to attending Culinary school, Chef Nicholas worked at Jolie’s for approximately 6-7 months. While working at Jolie’s he met Chef Reubin Sandberg who was a sous chef for Jolie’s when he started.

Chef Reubin is also a skilled Chef who attended Le Cordeu Blue in Dallas Texas. He also worked at Jefferson Street Pub prior to starting this food truck. 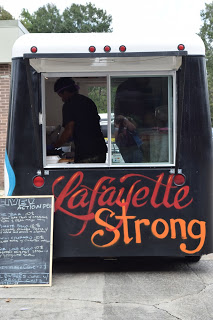 Chef Nicholas was chosen to work at the Cannes Film Festival in Cannes France. While in France he worked in a restaurant in Cannes with the chef/owner while I was out there for the festival. He stayed in France approximately 3 weeks. 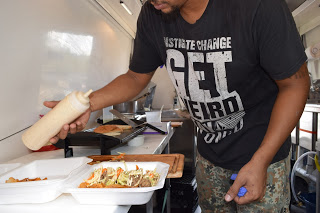 After about 3 weeks, Nicholas returned back to Louisiana. He had a vision to start a food truck that would serve fun, creative and delicious food. 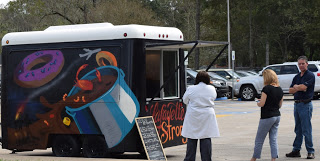 Upon arrival, I thought the food truck was very cute. The art on the Food Truck was eye catching and it really stood out. But I must be honest, I thought to myself before actually approaching the truck, how do they prepare food in this little space? 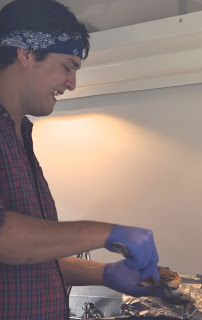 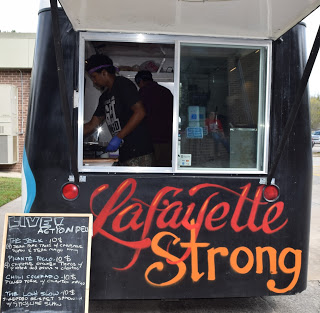 The food truck wasn’t loaded with top notch appliances, but these guys have a system that works well. Which allows them to prepare and serve delicious food.

Served below is the Jerk Tacos which is 4 pork tacos with cabbage slaw and a jerk mayo. An incredible taco. Great flavor. The tacos were served with homemade chips. I loved the seasoning on the chips. Very good chips. 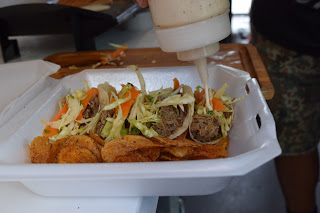 I also tried the Picante Pollo. Tacos with Chipotle Chicken topped with pickled red onions and cilantro. Spicy taco. The heat hit me unexpectedly, but it was so good. Amazing flavor in this taco. 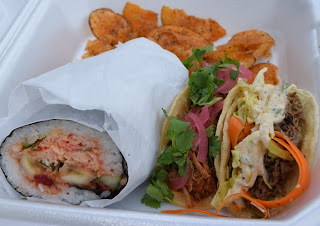 I also had the Sushi Burrito. The burrito was rolled with rice, bananas, crab meat and cucumbers. The banana in the burrito threw me off for a minute. I am not usually a fan of sushi with fruit in it, but it was ok. Different and a bit refreshing. Not my favorite food item of the day, but its all about preference.

It was a very interesting choice of ingredients for the sushi burrito. 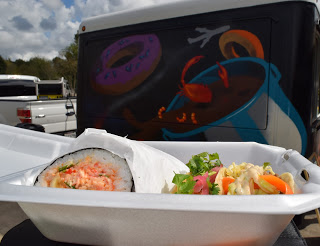 Below is the Low and Slow Brisket Sandwich. The brisket is topped with a spicy lime coleslaw and pressed on a panini press. Very good sandwich the slaw complimented the brisket well. 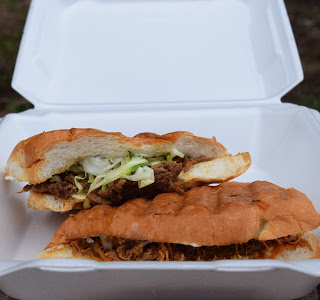 For dessert, I tried the Persimmon cake, pictured below. This cake was amazing! So good, full of flavor. Made with local ingredients such as fig and persimmons. 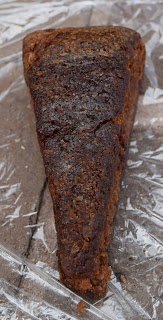 Young entrepreneurs serving food that is fun and creative. These guys have great passion and drive with a Love for Lafayette. They love this city.

Overall I enjoyed the food served by Live Action Deli. I will definitely eat their food again. If they remain passionate and creative about food, I believe this food truck will be around for a long time. 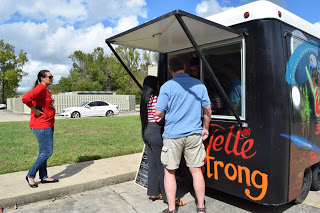 In the future, look for their Food Truck at the monthly Food Truck Round up hosted by E’s Kitchen. Be sure to follow their food truck on Facebook or Instagram for their locations through the week. 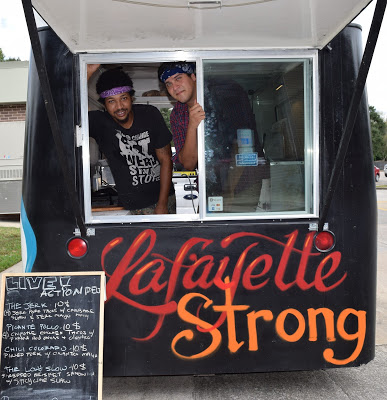