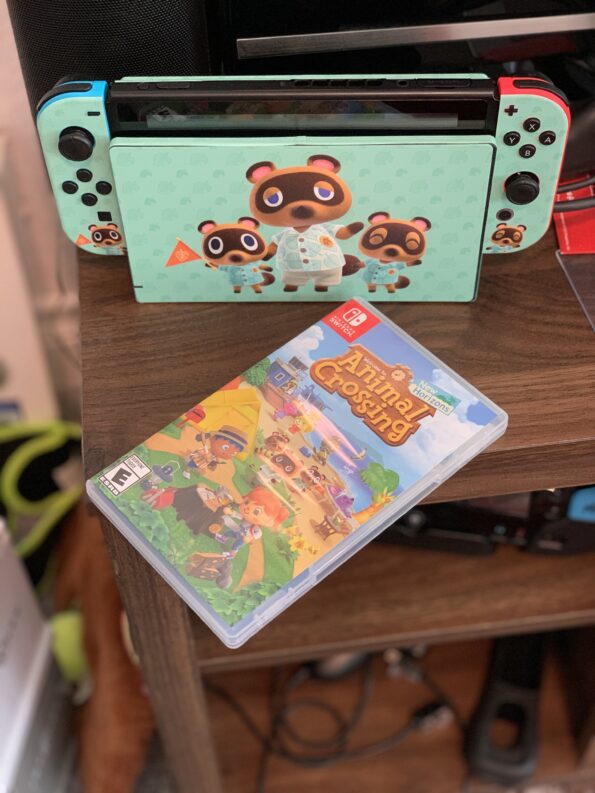 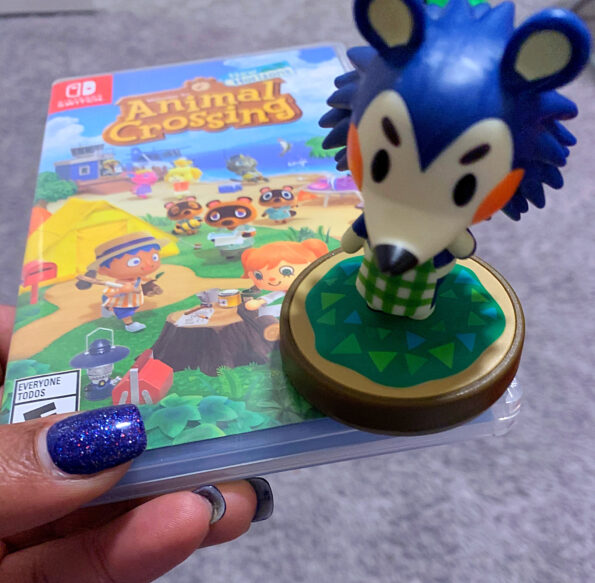 For those who may not know, Animal Crossing is a game that allows you to create a Paradise Island.

While on your island, you create it into what you want. Enjoy collecting bugs, fishing in the ocean, sunsets on the beach and so much more.

A game with endless possibilities. All about making it your own.

The game was available for pre-order a few months before it’s release. I knew I had to pre-order it for our daughter.

When she found out about the new game she had no idea I had already pre-ordered it for her. She’s quite the gamer.

The countdown was on and when all the talk about Covid-19 happened and we were encouraged to exercise Social Distances she was worried the game wouldn’t arrive on time. But it did! 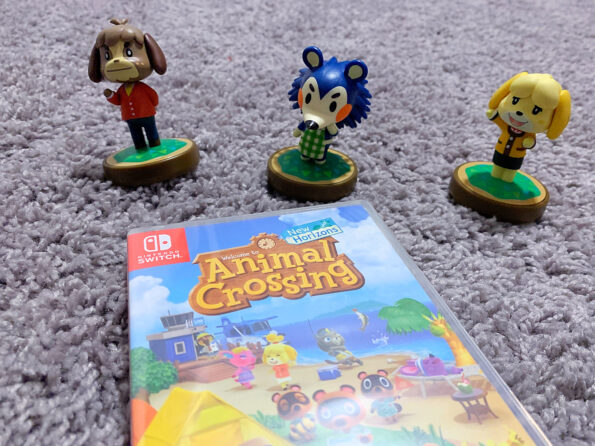 Now that she has played the game for about a week or so. I am so happy that she’s here to share all about the game on the blog. 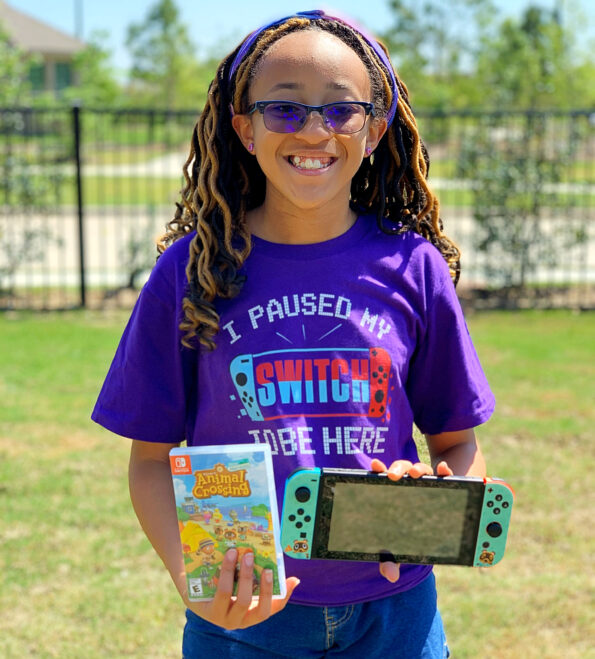 So now in the capable hands of our daughter, Jaeda, she will share her thoughts on Animal Crossings New Horizon!

“It first started when I first wanted the game after hearing that a new Animal Crossing was coming out. I was super excited and so, Mom pre-ordered the game for me. I was super excited to hear it was coming out on March 20, 2020! I waited a pretty long time until it came down to the last ten days, and I was jumping for joy as I waited. Then, the final two days came, and I was buzzing like crazy! Then, the day finally came: March 20! I was excited! 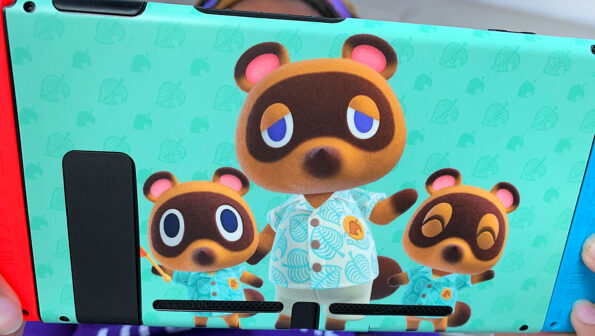 I was super excited to start playing. In my opinion, I thought the game would be really different and include some things like the old characters from the old games and new games, a city and a bus stop as well as a gate to get to other player’s villages, and have pets to live with you. It actually was different. The cover looked so cool looking and the inside was even cooler!  The first thing I did was almost cry because the game finally came and I felt so happy to see a new piece of Animal Crossing. 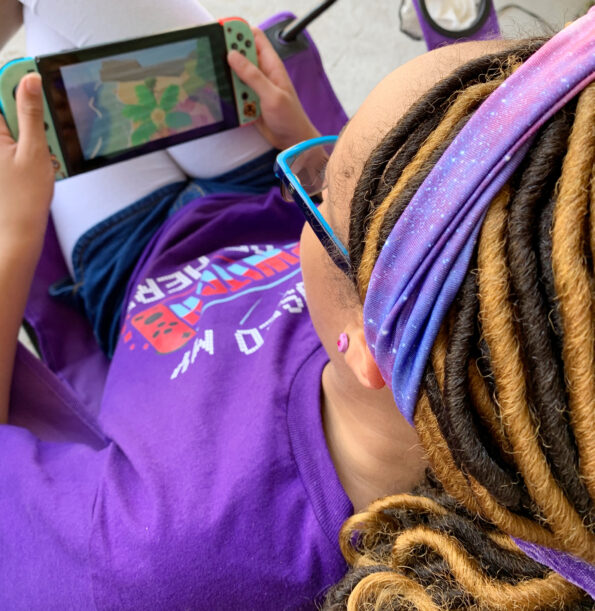 The first thing you come to when you start playing is a screen that asks your name and what island you want to live on. The same thing goes for party play. When I was asked what to name our island, I gave it the name of my puppy: Hershey!

The island was big but had a bunch to explore on it. Hershey likes to explore and he’s getting big, and, after naming the island, I thought it was a good fit and it really sounded cool!

I was excited to play Animal Crossing on the Nintendo Switch. I actually played Animal Crossing before….. on the Wii U and on the IPhone and IPad. I laughed at funny things, such as the bees, losing a present from a ballon, and a spider that chased my character, Cupcake, at night. 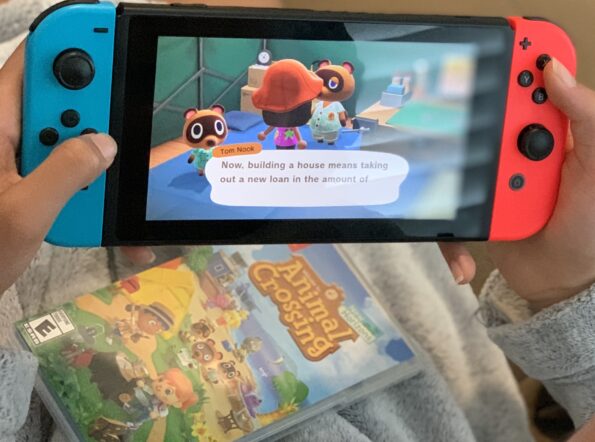 There are some cool features that I like, too. You get your own phone with apps downloaded into it. An app that helps call residents allow you to play with other’s characters on your island.

You can upgrade your house, too, if you wanted. I upgraded my house two times: The first time was upgrading from a tent and the second time was the day my house was finished!

Unbelievable! It was quick, but it looked pretty. I also got a new room in my home and a DIY fence. I also met characters I had to help, which I like. I think helping other characters sets a good example for the animals on my island. 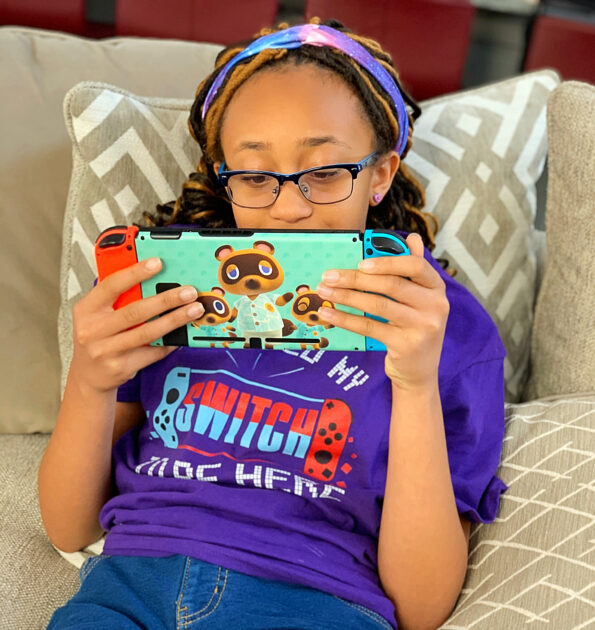 I was surprised to see that you have to travel to other islands to find other characters and ask them to live on your island. I found that really cool, compared to older versions.

Just recently, I began helping with construction for three new animals, as well as putting furniture outside and putting furniture inside to help them move to Hershey. I am really enjoying Animal Crossing: New Horizons. Tom Nook and his crew have helped make Hershey what it is today, and I’m happy about that.

In conclusion, I really enjoy New Horizons, and I hope it keeps improving! The game is created well, and I like that. For everyone who reads this and gets the game, I hope you enjoy New Horizons just like I do! You’ll love the game and it’ll be amazing! Nintendo, keep up the good work! This game is awesome”! 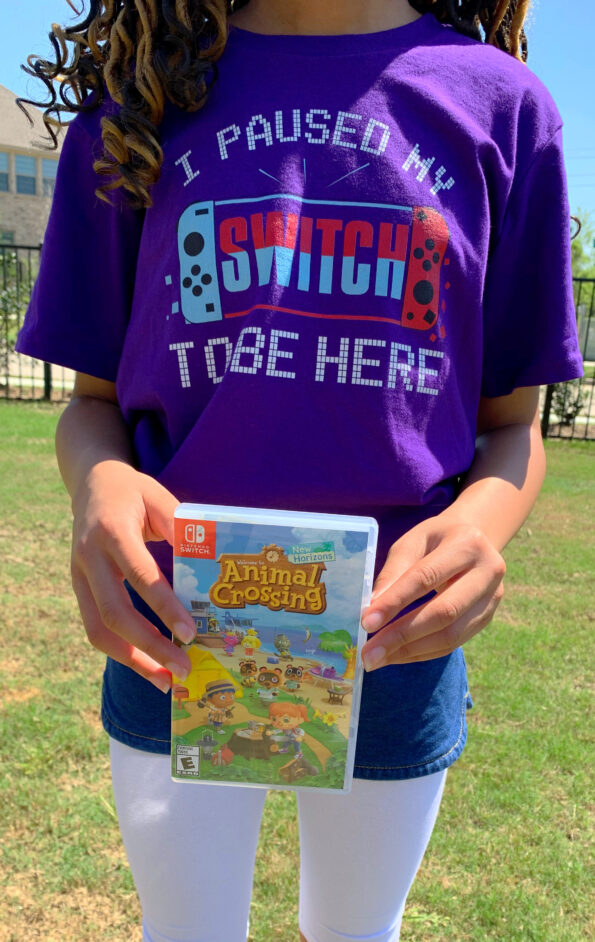 Animal Crossing New Horizon is the perfect escape to what we are going through right now! I’ve contemplated ordering a Nintendo Switch Lite and getting the game for myself to play with her.

From a mom’s perspective, the game is definitely super cool. Great graphics and awesome. I’ve had a chance to sit and watch her play and I am very impressed. 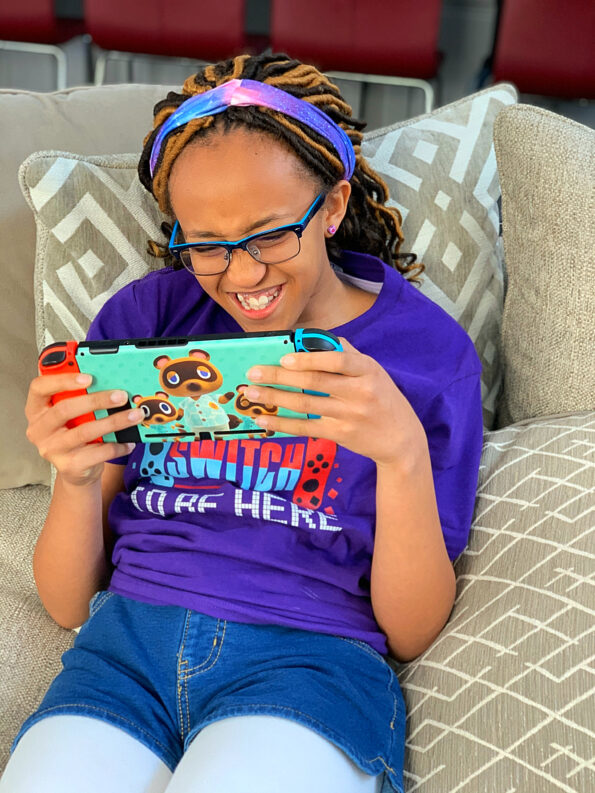 She is obsessed right now! Honestly, I can see why, it’s a really cool game! I can’t wait to see how it keeps changing. If you don’t have it, get it! I promise you won’t be disappointed.

The Dumas kitchen is closed for the night. But Fis

Football 🏈 season is something we look forward

This past weekend my family and I spent an afterno

New product on the blog, Pressed Juicery. The perf

Key lime pie from @houseofpiestx in the Woodlands.

Kicking back with a new cookbook this afternoon. T

Soaking up the last few days of Summer before we g

#Ontheblog today, BareOrganics are all about real

My first Instagram Reel. My quick and easy chicken

New recipe is up! Some days you create the perfect

#ad Many kids are preparing to return to school e

It’s a Rainy Day here in Houston. Spent the day

As promised, my Sweet Heat Pasta salad is on the b