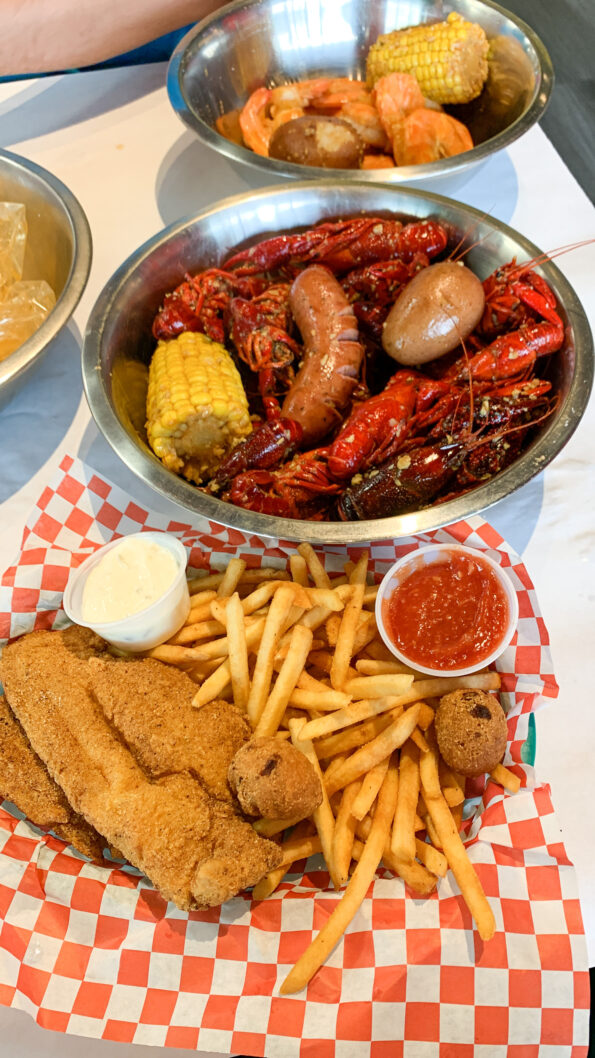 Father’s Day has come and gone. Can’t believe how quickly time is passing. Every year for Father’s Day I take my husband out to lunch just the two of us. We do a Father’s Day lunch on Father’s Day with the kids. 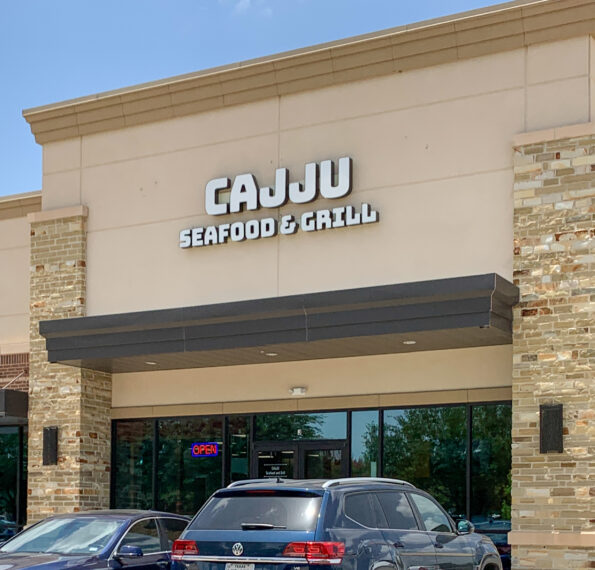 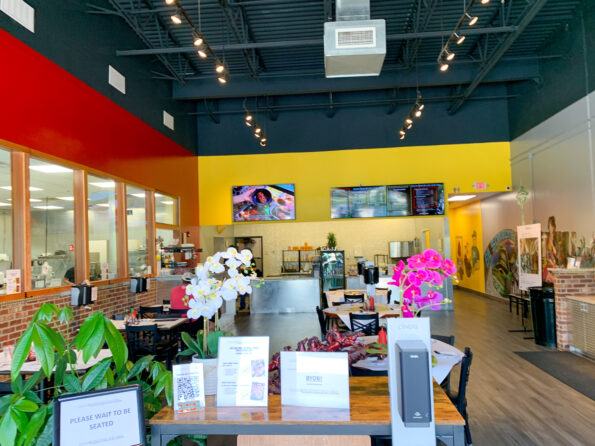 Cajju has a very colorful, wide opened space with nice art accents throughout. 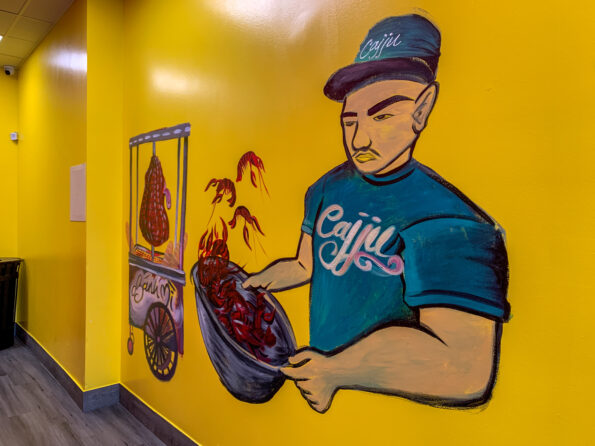 There are really cool murals on the wall of the restaurant. 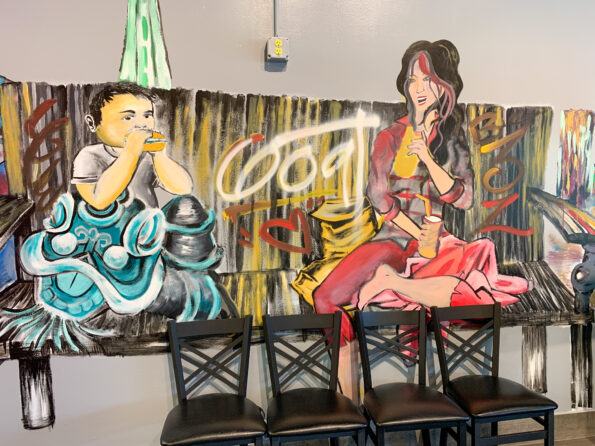 Now for a PSA before I start the review part of this blog. I pride myself on being super honest with my followers and readers. Let me explain that there are some bloggers/influencers that are just food influencers.

I am food writer/blogger. I share my honest opinion on my dining experience from what we eat, how the service was, etc. What the food taste light, etc. Some  influencers only share that there is a new restaurant and what they serve and that’s ok. Everyone has a niche and there is nothing wrong with that. 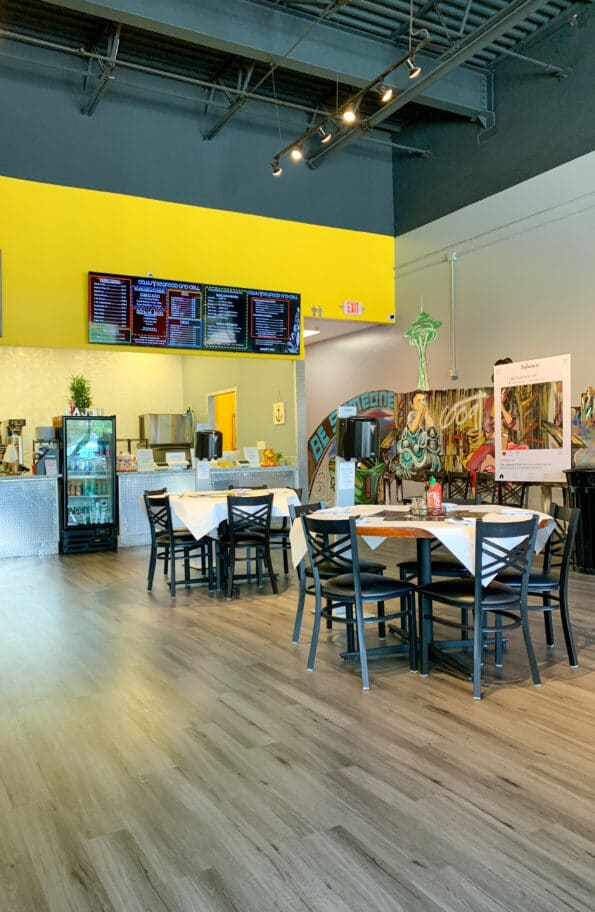 But that’s just not my platform. I will be honest and truthful no matter if the meal is free or not. This blog will be no different. 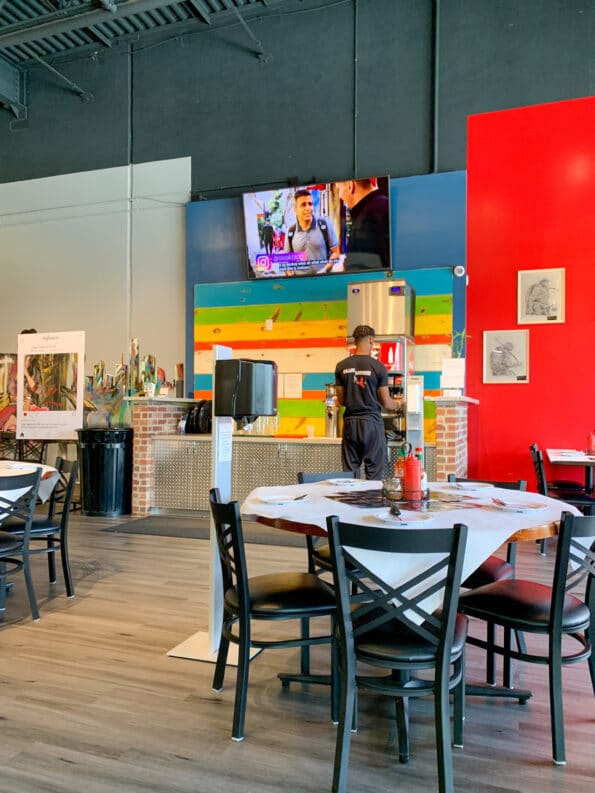 We were seated fairly quickly. The guy taking our drink orders arrived right away. He was really nice.

It took him quite a while and I have to be honest the restaurant was not packed enough to warrant a slow arrival to the table.

He finally arrived but wasn’t very nice. He seemed really rushed to hurry and leave the table. Not sure why, because he wasn’t doing anything but hanging it at the counter. 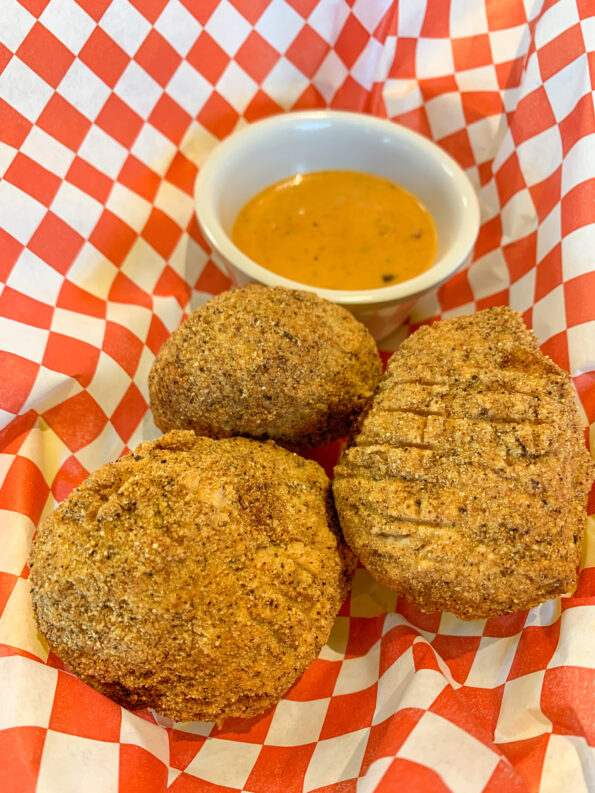 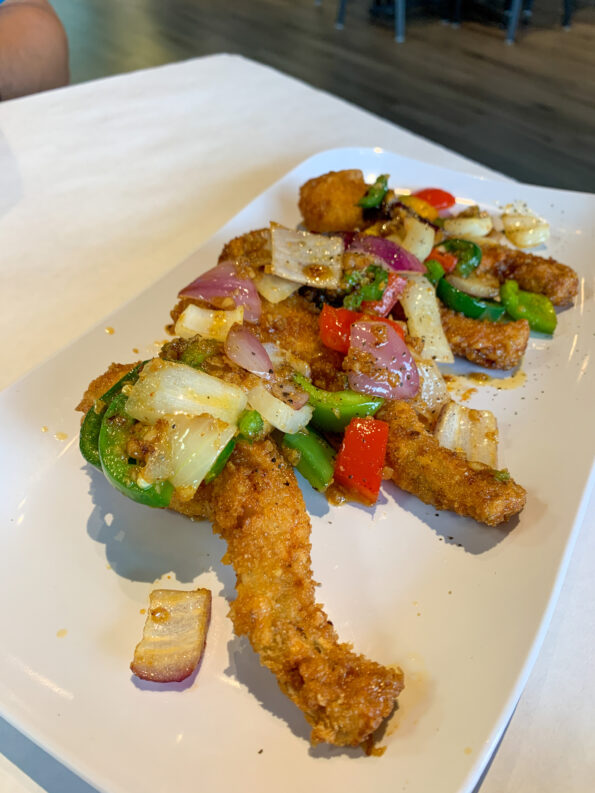 In addition to the boudin balls we tried the Stir-Fried Jalapeño Frog Legs. The Frog Legs were crispy and fried to perfection. The crust of the frog legs were seasoned perfectly. The sauce was amazing!

Now the frog legs itself was bland and needed some seasoning. I did mention this to the owner. 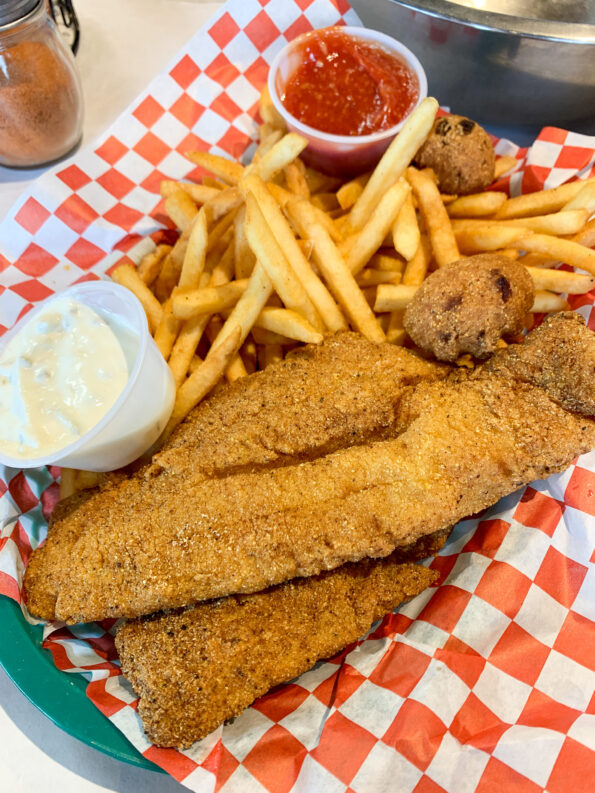 For our entrees, I ordered the fried catfish plate. This plate included 2 fried catfish fillets, crispy fries and hush puppies. The fish was seasoned and fried nicely. Served with cocktail sauce and tartar sauce.

The hush puppies were over fried.

Overall this plate was really good. I do wish that they had other options for a side with this plate. 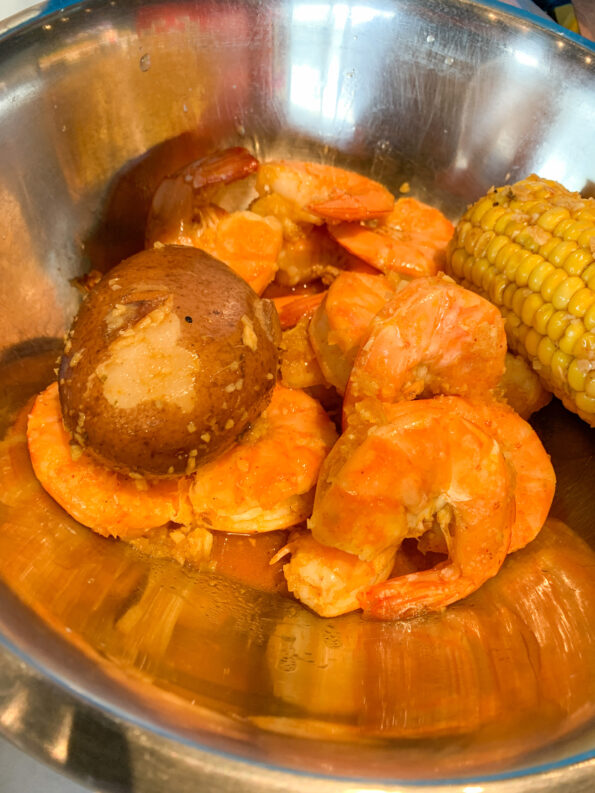 My husband ordered the Easy to peel Boiled Shrimp with corn and potatoes. He ordered the Cajju seasoned shrimp with a medium spice level. It was pretty good. It was mild to us.

The shrimp were easy to peel. 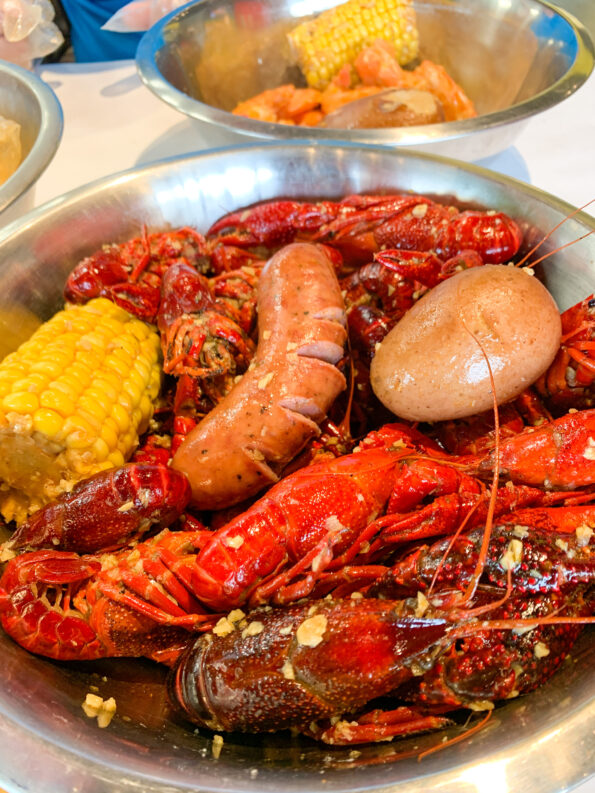 The crawfish was boiled and seasoned nicely. I think we could have went up a spice level. It was a little mild for us.

The boiled seafood was delicious. 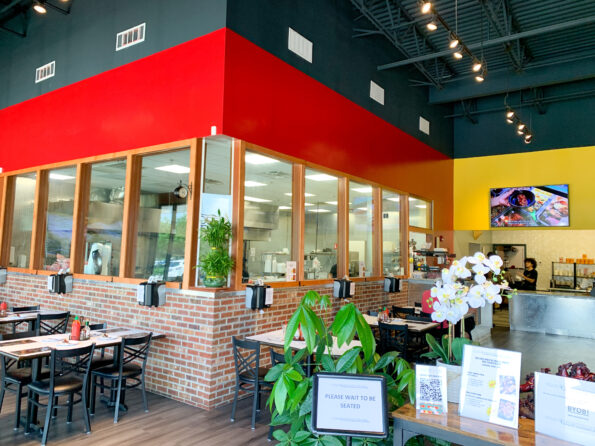 Overall the food was pretty good. Some of the dishes needed some work, but for the most part it was decent food. The Boiled seafood was definitely our favorite.

Service wise I think they need help. Our waiter wasn’t friendly and he seemed like he had something better to do.

The guy who handled the drinks was really nice.

Though they have been opened about 6 months, it still seems like they are working out the kinks. I will offer some grace in that area. I think they have the potential to be a really good restaurant. They just need to perfect their dishes. 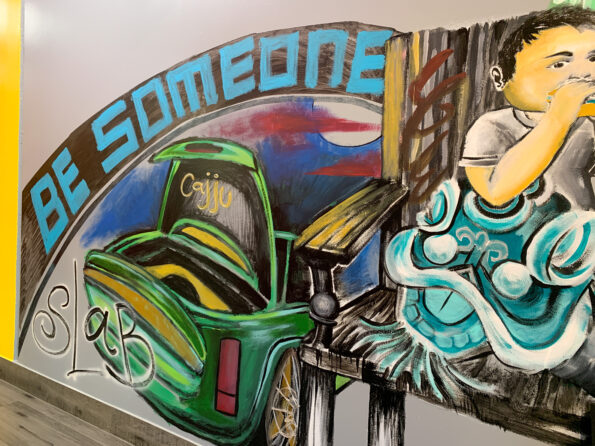 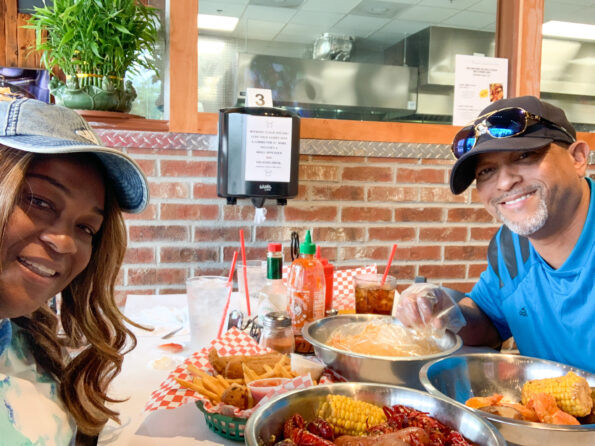 Go check them out and be sure to tell them that the Da’Stylish Foodie sent you.

One thought on “Cajju Seafood & Grill”